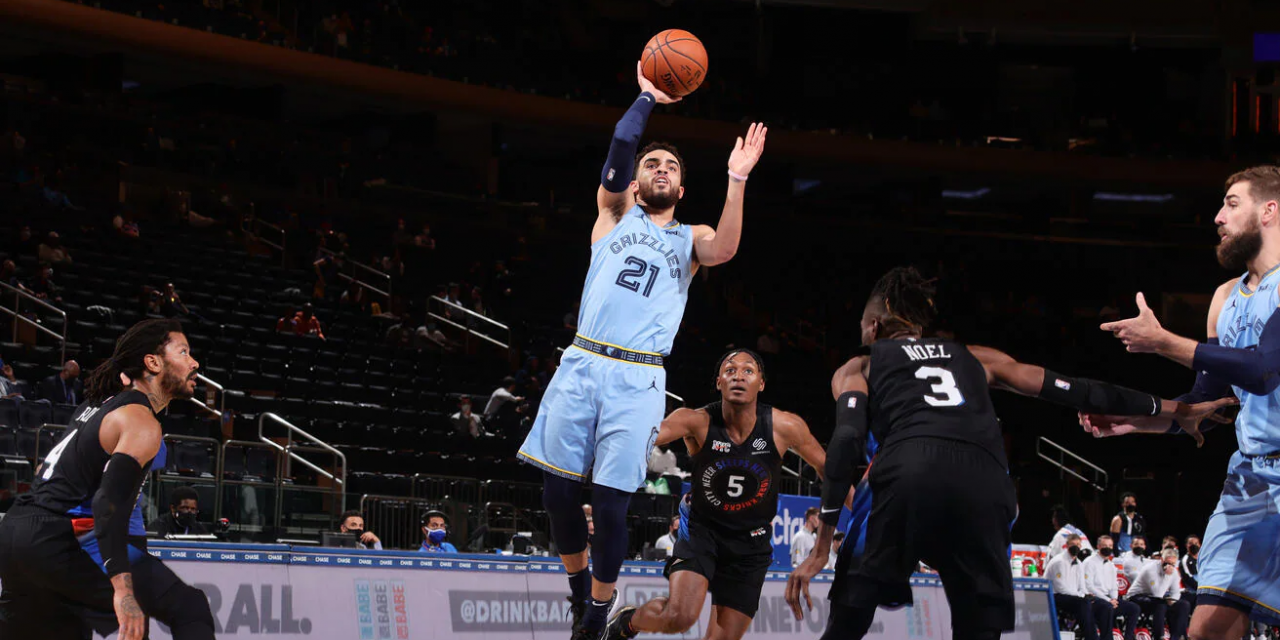 The New York Knicks (26-27) defeated the Memphis Grizzlies (26-24) by a final score of 133-129. For New York, Julius Randle finished with his sixth triple-double of the season—15 points, 10 rebounds, and 11 assists. At the same time, R.J. Barrett shined, finishing with 20 points, 15 points between the fourth quarter and overtime, including a coast-to-coast finish to send the game into extended time. For the Grizzlies, Ja Morant finished with 26 points and six assists while Desmond Bane finished with 16 points, five rebounds, and three made threes.

What a huge win for the New York Knicks.

The win, however, almost turned into a Grizzlies blowout. Elfrid Payton knocked down a three, then Memphis answered by scoring the next 11 points. Payton got his second foul shortly after and was replaced with Derrick Rose. New York began to score with Rose on the floor, but the defense remained slow, allowing the Grizzlies to get any shot they wanted, thanks to Kyle Anderson, Bane, and Dillon Brooks.

Brooks was a bit more advantageous with his drives, while Bane was more meticulous in cutting and working off screens to find outside shots. Anderson, nicknamed “Slow Mo,” did well operating the offense and making proper hockey assists for made baskets. That trio gave New York fits in the first half as they went into the break down nine points.

But the second half saw the Knicks do what they always do—fight back. Barrett, who had just one made basket in the first half, got aggressive in attacking the paint. Randle, who had four points in the first half and didn’t make his first field goal until the third quarter, began to operate and orchestrate the offense. For a brief moment, the Knicks showed life.

Ja Morant, quiet in the first half, got active in the second half. Morant finished with a couple of nice drives, leading to some easy looks under the basket for Jonas Valanciunas to finish. When he wasn’t dishing it off to teammates, the former Murray State star did what he does best—putting pressure on the rim. After making four threes earlier, Morant attacked New York’s defense, and it worked, as Morant finished with 14 points in the third quarter.

But then we got the R.J. Barrett show. 15 points between the fourth quarter and overtime. Tonight, the former third-overall pick looked like a star.

While he struggled all night to get his shot, Barrett assumed a larger role in the offense. We mentioned the coast-to-coast finish, but it was his transition attacks that impressed. Barrett turned into a bowling ball, dashing up the floor and forcing a Memphis defender to get between him in the basket and using his strength and craftiness at the rim to keep Memphis at bay.

“We love playing at home, we got the best fans in the world” #PROTECTTHEGARDEN pic.twitter.com/gMxwYfIOaq

In overtime, Barrett continued to carry the Knicks, but a friend assisted along the way. Alec Burks, quiet for most of the game, heated up with nine points in OT to get the Knicks the victory. Barrett was great, Burks was great, Immanuel Quickley had a surprising night, and Randle’s triple-double capped off an impressive comeback win for the New York Knicks.

The Knicks remain at home to face the Toronto Raptors (20-32) at Madison Square Garden on Sunday, April 11th. Tip-off is set for 8 p.m. ET.