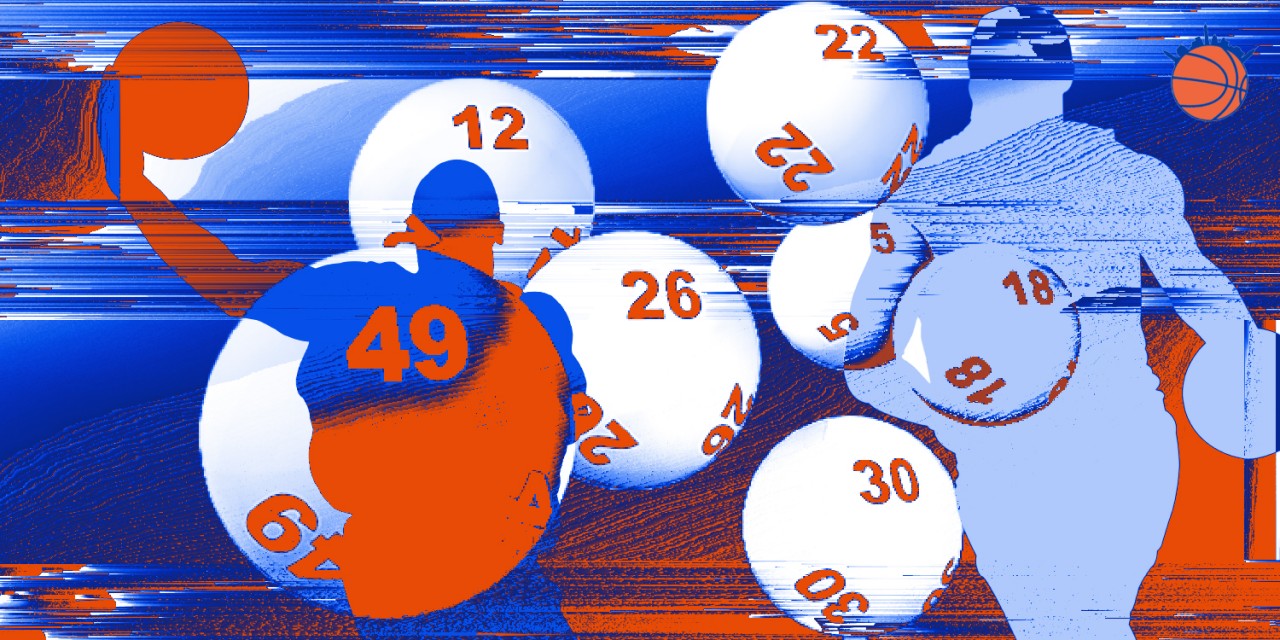 Thursday marks the all-important 2020 NBA Draft Lottery, which will determine the Knicks’ top pick in October. Here’s what’s at stake.

Tonight is the culmination of another forgotten season. 2019-20 wasn’t any better for the New York Knicks than the past two seasons. The Knicks have fallen short of 25 wins over the last two years, failing to reach 30 in the past three, and failing to finish with a winning record for the past seven seasons.


To summarize succinctly, shit is bad around here.

The beauty of the draft lottery is the renewed sense of hope it gives to the most hopeless. New Orleans Pelicans fans were not in high spirits before being gifted Zion Williamson. Phoenix Suns fans were ready to forget their squad existed and look at them now: the Cinderellas of the bubble, with one of the brighter futures. Things can suck for a prolonged time in the NBA and change on a dime.

Lady Luck has not been seen in these parts since James Dolan began running the show. But 2020 has been a unique blend of Groundhog Day and Opposite Day, so the prospects of something good actually happening is slightly more likely. Toss in the fact that the Knicks have not moved up in the lottery since 1985 and it is quite easy to talk yourself into 2020 being the year of change.

That is the cockeyed optimist view. The realist view is the Knicks will once again slide down a spot to seventh overall or stay at sixth overall if they’re lucky. With five months to plan for this night, the organization should have a plan for each pick.

Yesterday, Brendan Campbell gave you the rundown of odds, assets, and targets. Here is how plans can change depending on where the Knicks fall.

Should the Knicks pull off the impossible, the pressure to take LaMelo Ball would be palpable. The full court press LaVar Ball would put on the Knicks in the media might make him a permanent First Take fixture until the draft. LaMelo is unquestionably good, and could be the solution to a decades-old problem at point guard. However, Anthony Edwards is pretty damn talented, too.

The lack of appeal with Edwards always had more to do with the Knicks’ inability to put their young players in positions to succeed than with Edwards’ potential. R.J. Barrett bore the brunt of that shortcoming last year, and it’s hard to imagine Edwards receiving the adequate spacing he so desperately needed at Georgia. With this current core, Edwards could struggle in year one.

Tom Thibodeau’s presence actually improves the case for taking Edwards. Thibodeau may be a hard-ass, but for a drifter like Edwards, that could be exactly what he needs to stay locked in. Because when he is locked in, Anthony Edwards is a menace.

Amid all the talk of Anthony Edwards being meh on defense, here’s a clip: pic.twitter.com/SgJ8AXTxWb

The conflict in snubbing Ball for Edwards is the pressure it would put on the latter. If Edwards does not have a Rookie of the Year–caliber season fans will be frustrated, and the media coverage will be unbearable. Toss in the high possibility of LaMelo playing well elsewhere, and Edwards could be on the Tim Hardaway Jr. travel plan.

All the anxiety from the number one pick washes away at two, unless James Wiseman goes first. The more likely scenario is Edwards being the first name off the board no matter the team, so here Ball goes to New York with no second guessing.

This is equal to winning the lottery without having the pressure to nail the pick. If Ball ends up flaming out, it’s difficult to criticize the pick. Deni Avdija becomes a dark horse option here too if Ball is off the board and the front office has some real concerns about Edwards (there have been zero reports to suggest such a claim).

Enter Deni Avdija. If Ball and Edwards are both gone then Deni has to be the pick here. Avdija is the only lottery prospect who gave us some additional viewing material since the mid-March shutdown, and he used that opportunity wisely.

This clip makes me happy – Amar'e Stoudemire hitting Deni Avdija with the short roll kickout off the PnR and Deni hitting it.

After, Amar'e gives him a hug. Just nice to see a former Knick showing some love to a potential future Knick – I wonder what Amar'e has told him? pic.twitter.com/UGEwX1O6cv

He fits in with the best player available methodology while also appealing to what we think is a “Thibodeau guy”—a subtle way of saying a person plays both sides of the ball. Once again Wiseman could step in and mess up the whole order depending how the lottery shakes out, but he is really not an option for New York, and definitely not the better option over Avdija.

There’s nothing to be excited about here. By fourth overall the field has evened out, so the excitement is subdued substantially.

From this point forward the team should take the same approach. There is an outside chance Avdija slips outside the top three. If he does, take him and start prepping for the end of the first round.

After Avdija it becomes all about Killian Hayes, perhaps the best talent in the draft who is not projected to go as high. The argument for Hayes is the same as the one for Tyrese Haliburton, Devin Vassell, or even Cole Anthony: high floor.

Given the enigmatic nature of this draft class taking a base hit like Hayes, Vassell, or Haliburton is the wiser move. Of the prospects expected to be available, I believe Hayes and Haliburton are a cut above, and kill two birds with one stone in finding that ever-elusive long-term solution at point guard.

Offense has been a constant issue for the Knicks and has worsened since the departures of Carmelo Anthony and Kristaps Porzingis. Since it is so hard to find scorers of that cloth, adding a point guard who could at least trigger ball movement (another weak spot in recent years) could begin the shift towards becoming a modern offensive team.

I have a sneaky suspicion the Knicks are still hot for Cole Anthony and love the whole “legacy” dynamic between Cole and his father Greg. It would be cool, but Anthony could become the best option down here simply because there is nothing left.

Unless Hayes falls this far, Anthony and Vassell are the top options if the Knicks fall a spot or two. This is as good a time as any to remember that the Knicks haven’t moved up in the lottery since winning it in 1985. Is it pessimistic to anticipate the same happening tonight, or is it simply pragmatic?

Whatever the case, in addition to top options Anthony and Vassell, maybe the consideration of players in positions already filled (power forward and center) is weighed more heavily in this range. An Obi Toppin homecoming feels forced at six or seven. At the tail end of the first round it is much easier to talk yourself into Toppin—or even Onyeka Okongwu—and promise to address the guard position later in the draft.

This is the area every Knick fan should loathe, simply because it presents the highest chance of a 2018 redux.

There is a 0.1% chance the Knicks fall down four spots to 10th. I cannot overstate how much of a groin shot this would be. The mentality here is pick the guy you are most sure of or explore trade opportunities.

Anthony or Vassell would be the top options here, maybe Isaac Okoro plays into some consideration, but personally I’m thinking trade. This draft might not have stars, but it has depth, and trading back for Tyrese Maxey, Saddiq Bey, or Aaron Nesmith, and snagging additional assets for the 2021 draft would be the best case scenario here.

»READ: Is James Wiseman a (sneaky) good fit on the Knicks?