Scott Perry and What’s Next For the Knicks GM Position 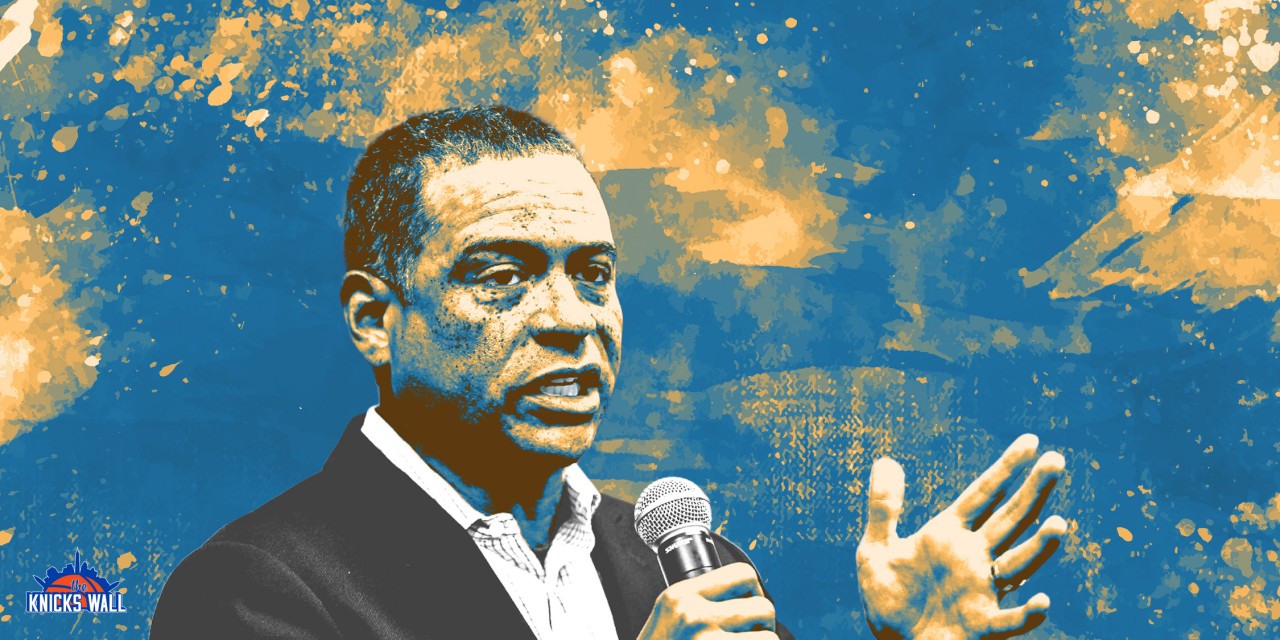 When current New York Knicks President Leon Rose took over the reins of the franchise, the first offseason plan was to revamp the front office and establish the coaching staff. The front office was loaded with big names, like Walt Perrin, Frank Zanin, and Brock Aller to assist Rose in his first year as president. Tom Thibodeau was tapped to be the team’s newest head coach, but the arrivals of Mike Woodson, Johnnie Bryant, and Kenny Payne were also met with praise.

Amid the turnover, one key figure remained: Scott Perry. Hired in 2017 after Phil Jackson’s departure, Perry was technically acquired via trade from Sacramento to serve as the team’s general manager under Steve Mills. After Mills departed and Rose arrived, the thought was that the former CAA agent would want his own general manager, leaving Perry on the outs. Instead, Perry was retained and signed a contract through the end of the 2020–21 season.

30 games into a shortened 2020–21 campaign, the Knicks appear on the verge of overachieving—beating their 21.5 win total set from Vegas and, at the very worst, serving as a factor on the Eastern Conference play-in series. There’s a glimmer of positivity on the front office level, Thibodeau has established a proper system on the floor, and the young players seem to be on the correct development path.

What does that mean that Perry’s status with the Knicks as we head into another important offseason?

Truth be told, it’s tough to parse through who gets the credit for New York’s success. Zanin received credit for securing four second-round picks this offseason through two different Ed Davis trades. Aller earned applause for securing Austin Rivers on a three-year deal with two non-guaranteed seasons. And of course, Rose received praise for hiring Thibodeau and keeping New York’s books relatively clean going into a season with minimal expectations.

The general manager position only muddles that. The GM role varies from team to team, but most are vital for player transactions and negotiation of contracts. Perry’s role would range from assisting in signing new players, extending current players on the roster, and navigating players through day-to-day basics—think G League call-ups.

Prior to this season, Perry’s résumé has been dubious at best. After a quiet 2018 offseason, the Perry/Mills tandem failed to secure Kevin Durant and Kyrie Irving in a massive offseason splash and settled for a quantity-over-quality package, led by All-Star hopeful Julius Randle. New York was able to salvage some of this with a Marcus Morris trade, but the rails fell off at that point: the Knicks wasted R.J. Barrett’s rookie season, David Fizdale was let go, and New York ultimately had to start over.

His previous tenures weren’t great either. Before his three-month stint in Sacramento, Perry was the assistant general manager in Orlando under Rob Hennigan, where the Magic had four seasons with 50 losses or more in five seasons. From 2008–12, Perry served as the VP of basketball operations with the Detroit Pistons, where the Pistons made the playoffs in his first year at 39-43, and zero winning seasons during his tenure.

In short, New York will have to sort out whether Perry is the guy for the foreseeable future or if they believe they can make one more upgrade to their front office.

The expectations for the Knicks are changing. Not only is Randle blossoming into an All-Star-level player, but the young guys—Barrett, Mitchell Robinson, Immanuel Quickley—are performing. Add in a moderate amount of cap space and two first-round picks this upcoming offseason, and the questions go from “will the Knicks make the playoffs?” to “how high can the Knicks climb in the East if they have a good offseason?”

I don’t believe the Knicks have made any difficult decisions yet, which will change in the coming months. The overarching theme of the 2019 and 2020 offseasons was: help the roster get better, but keep the cap space open for a quick pivot if available. Now, sitting out the 2021 offseason doesn’t seem plausible because of both the needs of the roster and the expectations that loom this summer.

The question becomes, do you trust Scott Perry enough to get his aspect of the job done? Do the Knicks remain with Perry for the sake of continuity, or much like last season, attempt to find someone with a better CV who has a bit more experience in the room with bigger names and bigger trades being consummated?

The answer could be (and probably will be) yes. Perry will be a part of a successful Knicks front office and the argument of continuity will be brought into play. The relationship between Rose and Perry is well known, as Perry worked with Rose on several deals, highlighted by the Carmelo Anthony-to-Oklahoma City trade in 2017. That, along with Rose’s unfamiliarity with the position, allowed Perry to be an ideal keep in the front office.

Perry’s relationship with Rose and his familiarity with the position could extend his stay in New York. Despite tumultuous times elsewhere, Perry has shined in the draft, where he was a part of the Seattle front office that selected Kevin Durant, and Orlando when the franchise added Victor Oladipo and Aaron Gordon. Using Perry’s experience with the draft should only help as New York navigates five first-round picks in the next three years.

On the other hand, this could be an avenue to help groom and add another member of CAA into New York’s basketball family. Before the hire of Rose, one name that was brought up for the Knicks job was Austin Brown, a CAA agent. Though Brown was rumored for the presidential candidacy, the Knicks and CAA could extend the relationship by bringing him into a prominent position in the front office, for example, the general manager position, as a long-term successor under Rose.

In an offseason that can truly change the trajectory of the New York Knicks, Scott Perry’s title and role as general manager will be an interesting one to follow. The Knicks could either stick with him, or Rose could look to bring in a basketball wunderkind from around the league to further strengthen New York’s front office.

As for Leon Rose, the decision to keep or move on from Perry could kickstart an important offseason full of difficult decisions for the direction of the franchise.

»READ: How does the front office respond to R.J. Barrett’s progress?