Second-Year Knicks Have Shined in the 2022 NBA Summer League 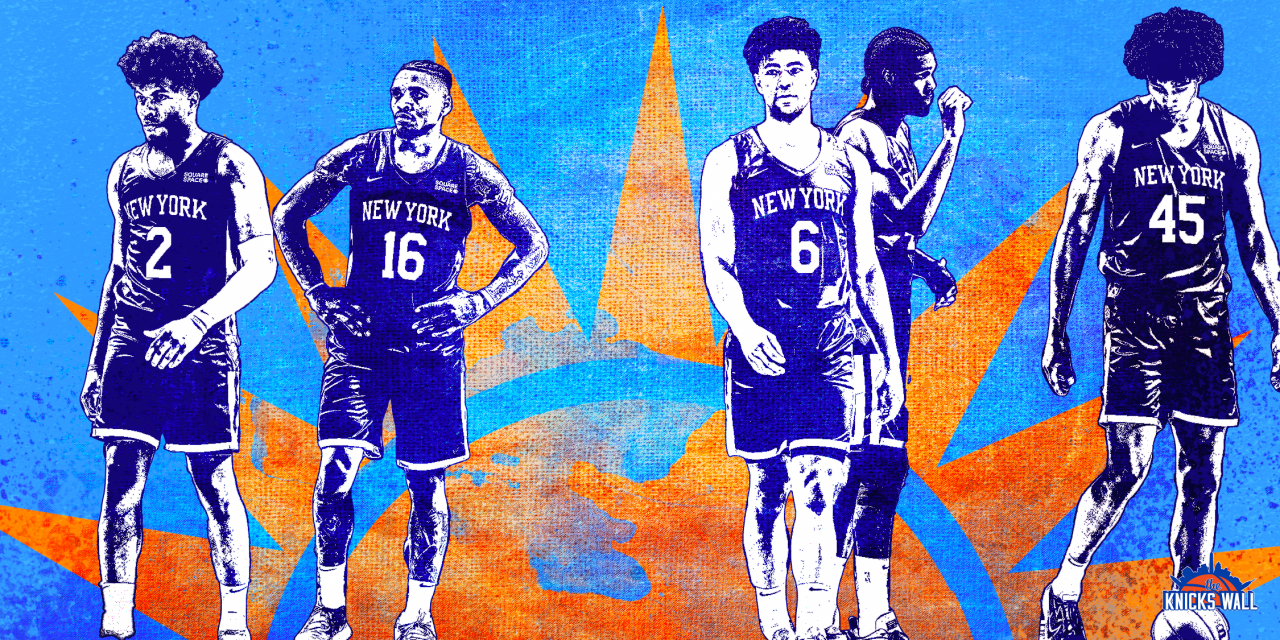 The Knicks’ 2021 draftees have been thriving in the Summer League games, and have the team poised to give them more playing time this season.

With last year’s electric duo of Immanuel Quickley and Obi Toppin no longer partaking in the summer action, it was time for some new Knicks to take center stage at the 2022 NBA Summer League, and so far, they haven’t disappointed. The Knicks’ lone first-round pick of last season, Quentin Grimes, has been the talk of Las Vegas thus far and could be in the Summer League MVP conversation.

Through four games, the second-year player out of Houston has done a bit of everything. He’s averaging 23.5 points, 4.5 rebounds, 4.5 assists, and 1.3 steals per game. His shot volume has been high, making eight of the 18 shots he’s taking per game (good for 43.7% from the field). All of which is especially impressive considering the three-and-D guard’s long-range shooting hasn’t even been as proficient as expected, making just 34% of his three-pointers. His 23.5 points per game put him among the top-five Summer League scorers, as of the conclusion of the Knicks’ game against the Magic last night.

The shaky shooting is okay, though, because Grimes has been putting much more on display than the team might have even realized he has to offer. He’s looked confident with the ball in his hands, comfortable driving the lane and finishing in traffic, and savvy with the passes he’s made. In the team’s win against the Warriors last week, Grimes recorded eight assists to just one turnover. Turning the ball over just three times a game while averaging nearly 30 minutes of playing time, he’s been a shrewd decision-maker whose role this season should most certainly be expanded by head coach Tom Thibodeau.

Year 2 of Quentin Grimes is off to a fantastic startpic.twitter.com/zULCgsIAQI

Aside from Grimes, the other 2021 NBA draftees have been the main attractions of the team thus far. Deuce McBride and Jericho Sims have each shined in their own way, and continue to prove that they deserve true NBA minutes. McBride has averaged 16.8 points per game to go with 5.5 assists, ranking him among the top-10 passers in Las Vegas. He’s also nabbed 2.5 steals per game and is shooting an efficient 52.2% from the field.

McBride’s game is predicated on minimizing mistakes and keeping a cool tempo with the ball in his hands. Knicks fans got a first-hand look at this last December when he recorded nine assists to zero turnovers in over 35 minutes of playing time in a win against the Rockets. To no one’s surprise, McBride has displayed more of that astute ball-handling so far in the Summer League games.

He’s also shown a great rapport with his fellow 2021 second-round draftee, Sims. Sims, the third-to-last pick in the 2021 NBA Draft, has been a bully in the paint in Vegas. He’s averaging a double-double with 11.3 points and 10.3 rebounds to go along with 1.3 blocks per game. Like current starting center Mitch Robinson, Sims makes a living at the rim and is a constant alley-oop threat. He is making 80% of his shots, largely thanks to McBride and Grimes finding him at the bucket.

Another bright spot for the Knicks in the Summer League thus far has been a fourth member of the 2021 NBA Draft class, albeit one who went undrafted. Feron Hunt, the SMU product who signed a two-way contract with the Knicks toward the end of last season, is making a serious case for an NBA roster spot. The 23-year-old has started each game, averaging 11.8 points on a very efficient 51.4% shooting from the field.

His strongest asset has been his defense, as he is currently among Summer League leaders with 2.5 steals per game. Hunt’s most impressive game came against the Warriors on July 11, where he logged 17 points on 67% shooting and a whopping seven steals. He is averaging 3.3 fouls a game, though, so Hunt could afford to be a bit less aggressive against real NBA competition.

The final member of the Knicks’ starting lineup in Summer League, 2022 second-round draftee Trevor Keels, has been a bit of a mixed bag thus far. He’s averaged just 6.5 points in 25.9 minutes per game and is shooting 25.6% from the field. Drafted for his shooting prowess, there’s just been a lid on the basket for Keels in these games. He’s only making 22.2% of his three-pointers, of which he’s shooting over four per game. Keels has a pretty jump shot, though, and he ought to be worth talking about more once the shot begins to fall consistently.

One total surprise to the team is the play of 24-year-old NBA journeyman DaQuan Jeffries. Bouncing around several NBA and G-League rosters since going undrafted in 2019, Jeffries is assuming the sixth-man role on the Knicks’ Summer League team. The 6’5” wing has made the most of his minutes, averaging 9 points on shooting splits of 52/50/100. He does foul often, logging at least three fouls and one foul-out in these games.

An undrafted player from the 2022 NBA Draft class that the Knicks signed, Jean Montero from the Overtime Elite league, has also been rather quiet in his minutes. Playing nearly 14 minutes per game, the 19-year-old point guard has scored a modest 6.8 points per game on 52.2% shooting from the field. His three-point shot has been lacking at just 16.7% on his three long-range attempts per game, and he’s averaging a whole turnover more than assists per game. Perhaps once players like Grimes, McBride, and Sims are deemed inactive for later games, Montero could get a better chance to prove himself with increased minutes.

Again with the split screen. Several minutes of Tim Bontemps face while the showtime baby Knicks take a 30 point lead. Anyway, nice pass from Montero and finish by Potter. pic.twitter.com/MDQKjvK7rQ

With a few more prospective games remaining in Summer League play, it’s entirely possible that players like Keels and Montero will right the ship with extended playing time. Other players like Micah Potter, MJ Walker or Aamir Simms who have only gotten spotty playing time could become Summer League rotation mainstays. Either way, with the Knicks likely soon to be in possession of a few rotational holes to be filled, the Knicks will have plenty of tough decisions on their hands that this Summer League may help them make.