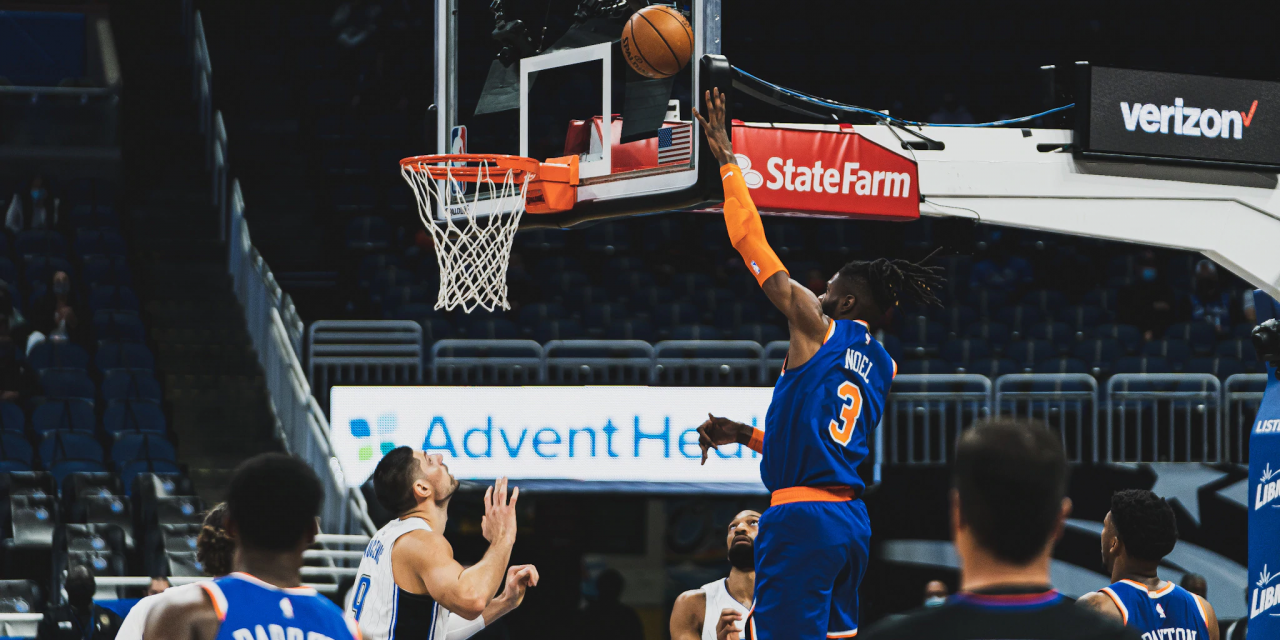 The Knicks saw what was likely the worst effort from their bench this season on Wednesday in a streak-snapping loss to the Magic.

The Orlando Magic (11-18) defeated the New York Knicks (14-16) by a final score of 107-89. For the Knicks, Julius Randle finished with 25 points, seven rebounds, and three assists. For Orlando, Nikola Vucevic finished with 16 points, 16 rebounds, and five assists, while Terrence Ross finished with 30 points and five made threes. With the loss, the Knicks had their three-game winning streak snapped.

I hate the term “trap game,” but the Knicks entered tonight feeling it. Coming off a three-game winning streak where the Derrick Rose addition provided a jolt of life to the second unit, and Randle’s All-Star Game push were the key storylines surrounding the team. The Magic felt like a team with talent, but you know their top guys are out right now, so the thought was this was another game the Knicks could walk in, handle business and get the win.

And it looked like another simple night. Randle was going nuts in the first quarter, finishing with 13 points and three made threes after 12 minutes. Not only was the three-ball working, but the mid-range game was on display as well, pulling Orlando’s bigs out and making them work. It looked like Randle was on pace for another monster performance and the Knicks would cruise to victory.

But the Magic did a good job of making adjustments on the defensive end, keeping New York’s ball-handlers out of the paint. The second quarter was where Orlando would come back and once again pack the paint against the Knicks—something we’ve seen before. Even the likes of Rose couldn’t break down Orlando’s defense, resulting in just 24 points in the second quarter.

Ultimately, what killed the Knicks was poor outside shooting and honestly, poor defense. As the Magic began to impose their will against the Knicks, MSG Network’s color analyst Walt “Clyde” Frazier mentioned that those two issues were often due to tired legs, which could be the case.

The Knicks shot 7-of-27 from downtown tonight, good for 25.9%. Randle made three three-pointers in the first quarter and Alec Burks (eight points) hit two. The worst part was that the Knicks weren’t getting bad looks either. R.J. Barrett had two nice looks on back-to-back offensive possessions in the third while Immanuel Quickley (nine points, 0-for-4 from three) made a couple of nice stepback threes to no avail.

The defense, though, was a mess. Ross was an engine for Orlando, getting good looks when off the ball and seemingly making the right play when the ball was put in his hands. He put pressure on New York both in the halfcourt and in transition when the Knicks were seemingly unraveling in the third. Evan Fournier joined him with some solid shooting to keep the Knicks off balance.

By the time we were midway through the third quarter, the Knicks were getting spanked and there wasn’t much of a heartbeat left in the fourth. They say losing keeps you humble and I’m sure the Knicks will be hearing it from Tom Thibodeau tonight.

RJ BARRETT SKIP THROUGH THAT LANE!! AND 1! pic.twitter.com/o3fhM1HXux

All in all, it a tough loss, but the Knicks are still far away from where they need to be. The positive to take away from this game is that the starters actually held their own against Orlando, but the bench minutes were terrible and what sunk them. Personally, I would like to see a bit more creativity in the lineup usage moving forward, but we’ll see how it goes.

The Knicks return home to face the Minnesota Timberwolves on Sunday, February 21st. Tip-off is set for 7:00 p.m. ET.

»READ: Rowan’s regression: February has not been kind to RJ Barrett