Should the Knicks Consider Trading Down in the 2020 NBA Draft? 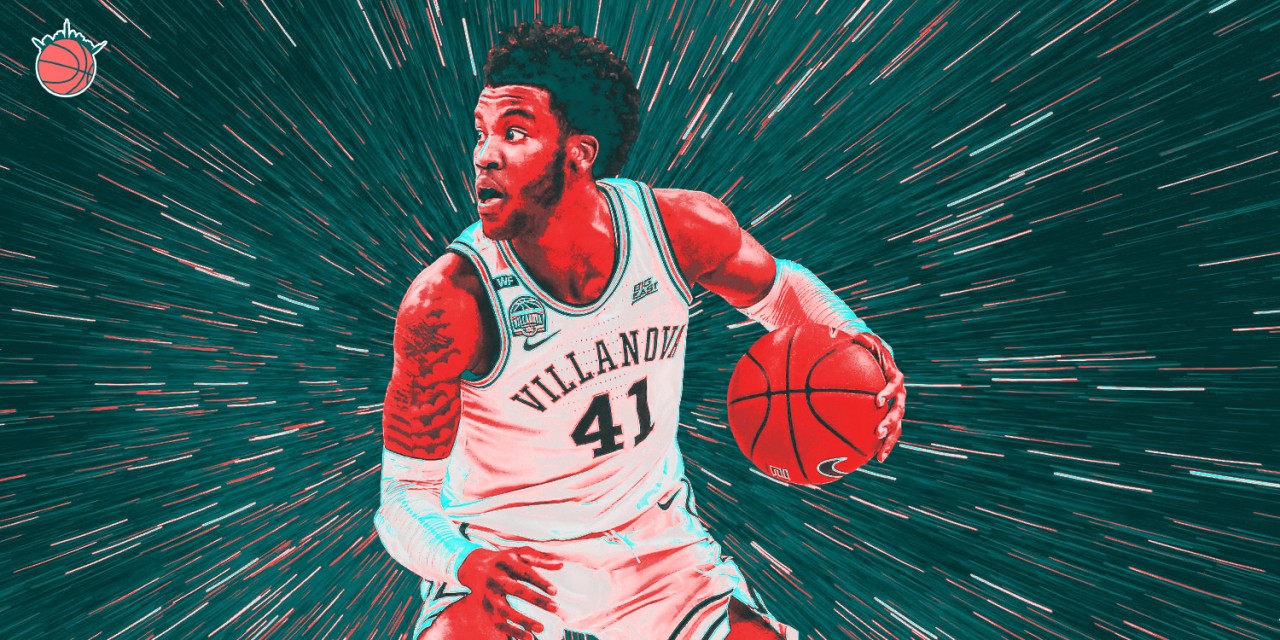 With a lack of choice prospects in the Knicks’ range at the top of the 2020 NBA Draft, perhaps trading down a few spots makes more sense given the team’s timeline.

It’s weird that we’re even talking about this.

The NBA season is still postponed indefinitely and we’re in the midst of an unprecedented global pandemic. But fortunately (or unfortunately?) for the casual Knicks fan, not much has really changed. At least, not when it comes to their favorite inept sports franchise.

New York was never going to be playing this time of year anyway, and the lottery has essentially been a given since the signing of their fifth big man. The only new question mark at this point is, well, when exactly the draft might be.

And of course, we still don’t know what selection the Knicks will have. Obviously they’re a lottery team, but under the new lottery format (you know, the one that did its best job at not gifting them Zion Williamson), it’s basically impossible to predict where they’ll land. But for all intents and purposes, we’ll assume it’s a top-six selection.

Unfortunately for both the Knicks and their fans, this is also probably one of the worst drafts in recent memory. Or in general, for that matter. And with a new regime in place, it’s fair to wonder what they’ll even do at the deadline—especially with the lack of scouting and up-in-the-air prospect workouts. Frankly, we just don’t know how this is going to go for anyone.

If the Knicks don’t get lucky and receive the first overall pick, the draft is far from a home run. It looks like one of Anthony Edwards and LaMelo Ball is all but guaranteed to go no. 1.

LaMelo Ball looks like a no-brainer option at the top of the draft and the Knicks certainly need a point guard, but his lack of an outside shot doesn’t mesh with the Knicks’ current roster. The same can be said for Cole Anthony, the North Carolina product who had a disappointing freshman campaign for the Tar Heels with an eerily Knicksian supporting cast of incompetent shooters. Killian Hayes—that other French point guard—looks like a lock for the top five, but he’s another lefty-dominant player, and it’s safe to say we already have a surplus of those. James Wiseman, who missed basically his entire lone college season, has plenty of question marks, but shooting isn’t one of them—at least for his position. Of course, the main issue here is the Knicks’ complete lack of need for a center. Lord knows how Knicks fans would react to yet another big-man acquisition.

In essence, there are plenty of reasons to believe the Knicks could trade their top pick, especially if it’s not Edwards or Ball. But even those two aren’t no-brainers. New York managed to avoid that temptation last year in what was largely considered a three-player draft, but could things change with a top five that’s far less cut and dry?

A Case for Trading Down

There are a few ways to spin a Knicks trade-down. But as a lifelong Knicks fan, it’s pretty easy to spin anything favorably at this point. Making glass-half-full justifications for otherwise indefensible management decisions is basically one-third of being a Knicks fan, with the other two being dismaying James Dolan and crying a lot. You could probably throw alcoholism somewhere in there, too.

But trading down, in this case, wouldn’t actually be the end of the world—particularly if they don’t luck out and receive one of the first two picks. The Knicks already have a ton of assets and cap space moving forward. While the prior regime seemed hellbent on not trading any of their said assets, Leon Rose seems to be open to the idea. It would be foolish to trade their picks in some ill-fitted deal, but according to Knicks insider Ian Begley, New York could be eyeing a trade for a disgruntled superstar. They certainly have the draft picks and young players to do so—even if they consider R.J. Barrett and Mitchell Robinson untouchable (which they should).

If they don’t want to trade Robinson and Barrett, they’ll probably need more assets to trade for a Karl Anthony-Towns or Donavan Mitchell. And in a draft that’s widely considered “weak,” a lottery pick this year doesn’t hold the same value of those in years past. Not to mention it’s highly unlikely that a large-scale deal can be struck during this COVID-stricken NBA offseason.

So in this case, trading down actually makes sense. If you could pawn this year’s lottery pick for a later selection and, say, a top-three protected pick next year, the Knicks will have another asset—and more importantly, a future pick for a trade that can’t feasibly be completed this summer. If they can flip the pick for even more picks, well, even better. That’s more ammo for Rose to work with. And considering he actually has real NBA ties and respect around the league, the Knicks swinging a trade in their favor isn’t as ludicrous as it once sounded.

Considering the 2020 NBA Draft’s top shooters are likely to fall in the mid-to-late first-round range, the Knicks could theoretically have their cake and eat it too. In addition to securing a future pick or picks, they could fill their roster’s biggest hole with one of the draft’s best shooting prospects. The first name that comes to mind is Vanderbilt’s Aaron Nesmith, who is the 17th best player in the upcoming draft, according to draft aficionado Jonathan Wasserman’s big board. While he only played 14 games for Vanderbilt in an injury-plagued season, Nesmith shot a scintillating 52% from three-point land on 8.2 attempts per game. While injury concerns and lack of sample size are there, Nesmith showed he can be an efficient volume shooter—a skill that’s paramount in today’s NBA.

Florida State’s Devin Vassell could represent the best-case-scenario for the Knicks in a trade down situation. Unlike Nesmith, he’s projected to be more of an all-around, 3-and-D player. He averaged 1.4 steals per game last season and shot 41.3% from deep. The 6’6″ sophomore with a 6’10” wingspan has all of the defensive tools to succeed in the NBA and he’s not just a spot-up shooter; he can also shoot off the bounce and create his own looks. Grabbing one of Vassell or Nesmith could make a trade-down scenario even more intriguing.

On the other hand…

The main drawback from trading down, of course, would be potentially missing out on the legitimate star power the Knicks have lacked in recent years. LaMelo Ball in NYC would be reality TV, and if he turns out to be a superstar point guard or even just a steady, high-I.Q. floor general who develops an above-average three-point stroke like his brother, the pick would be one of the Knicks’ best in years. The fact that they finally drafted their point guard of the future after literal decades of failing to do so would make most Knicks fans cry—only this time with tears of joy.

The same goes for Hayes, who could represent the heady, pass-first point guard who can penetrate, dish, and hit the open three-point shot. If New York messes up another opportunity to draft their point guard savior, heads will roll. Figuratively, of course.

Edwards could team with Barrett to form one of the NBA’s most intriguing young duos on the wing. If Michael Jordan and Scottie Pippen and LeBron James and Dwyane Wade have taught us anything, it’s that having an athletic pair of two-way wings could net you a chip or six. Of course, we don’t know how Edwards and Barrett will actually pan out, but just the thought of two 20-year-old wings running the break alongside Mitchell Robinson is a beautiful one.

James Wiseman might play the same position as Mitchell Robinson, but he might have the perfect game to complement the soon-to-be third-year big. Wiseman projects to be a stretch five who is also athletic enough to guard 1-5. He’d theoretically space the floor better than Julius Randle, who’s undoubtedly as bad a fit next to Robinson as you can find. We’d also imagine that he’d isolate and spin into triple teams far less, too. Who knows, maybe Robinson and Wiseman even form a modern-day version of the Twin Towers and shake up the NBA in the process?

We don’t know, but these are some best-case-scenarios that could cause the Knicks to balk at trading down. Unfortunately, uncertainty is the name of the game here; there’s a reason why there’s a draft “lottery.” Lady Luck is a factor, and she hasn’t pulled for the Knicks since ’85.

At this point, the Knicks should do their due diligence, and I’m sure(?) they will. But in the midst of an NBA season where uncertainty just shattered its previous career-high, everything should be on the table for Leon Rose and co.