Should the New York Knicks Trade Their 2019 First-Round Pick? 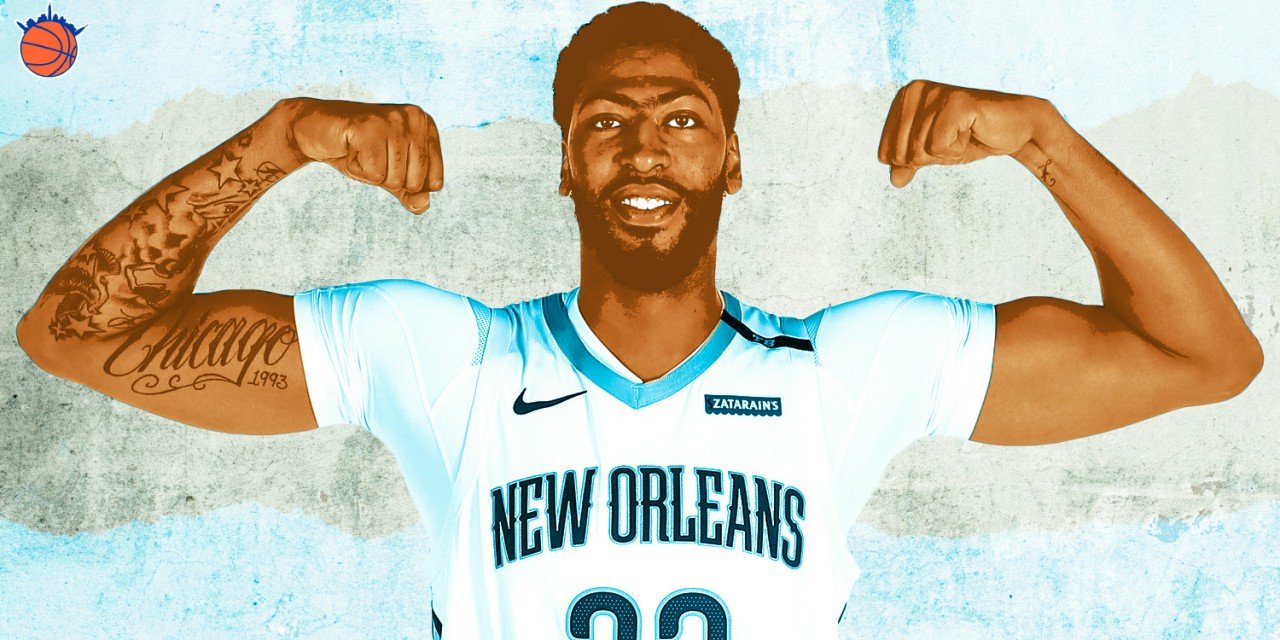 The Knicks are in a precarious position with the third overall pick—striking a trade for a star could be the solution to missing out on the Zion Williamson sweepstakes.

It wasn’t the pick we wanted, but at least we avoided the LOLKnicks move of falling to fifth overall.

The New York Knicks walked away with the third overall pick in the 2019 NBA Draft. Of course, that means no Zion Williamson, which the Knicks desperately needed. However, the Knicks maintain a top three spot and there are several directions the Knicks could go from here.

Landing the third pick keeps New York in position to acquire a second tier talent (Williamson sits alone in tier one). The possibility of Ja Morant being there at three cannot be discounted—Memphis could use just about anything as they move into the rebuilding phase.

If Morant is there at three, it would be a coup for the Knicks.

If Morant is gone, though, Texas Tech’s Jarrett Culver and Duke’s R.J. Barrett would offer New York two wing players to speed up the rebuilding process. Barrett is more of a traditional scoring swingman who could be an All-Star. Culver, on the other hand, feels like the wing version of Otto Porter Jr.—he could contribute right away and be solid, with upside to be a perfect fit around star-level players.

Another important note for the Knicks: the fate of the Mavericks’ picks appear to be sealed. With Atlanta landing the 10th pick—Dallas’ 2019 first-round pick—the Knicks will have Dallas’ 2021 and 2023 first-round picks. Good to know, and great to add to the war chest of assets.

But more importantly, should the New York Knicks look to trade the third overall pick?

Before we jump into names, a thing to consider: the Knicks are moving all of their young players in this deal.

In theory, the Knicks could move the third overall pick first and add a star player, but that would hamper their cap space for adding two other stars. This deal will occur last, and it will involve the likes of Kevin Knox, Frank Ntilikina, and Dennis Smith Jr.

A trade might require you to dip into that asset farm a bit as well. New York’s draft pick timeline for first-round picks is clean, and we just mentioned those first-round picks from Dallas. They also have two second-round picks—2020 and 2021–from Charlotte that could be high second rounders if Kemba Walker decides to take his talent elsewhere (the Big Apple?).

For the questions about New York’s current crop of young talent, they’ve quietly maintained their draft picks and could be in a position to add youth to the roster after using two max slots.

Let’s talk names the Knicks should consider moving the pick for.

The Knicks won’t land Davis. The Celtics and Lakers have better assets and could get a deal done easier.

However, if there was ever a trade to completely clean the coffers for, this is the one. Davis is 26 years old, an elite offensive player and a high-level defensive player. He’ll be the prize of this offseason and turn someone’s franchise around. If New Orleans doesn’t completely close the door, New York should be eager to kick it down with assets to offer.

If you feel strong about Durant and a second free agent coming, why not completely blow up your assets for Davis?

New York could offer the kids in this scenario, including Robinson, and draft picks (at first glance, consider the third overall pick, New York’s 2020 first-rounder, and both Dallas first-round picks). You acquire a top-10 player who seems open to re-signing. You add him to two big names, and you go from merely an Eastern Conference also-ran into a true contender.

Bradley Beal is extremely talented and still really young. Despite Washington’s best efforts to kill him in the second half of a lost season, Beal still has plenty of basketball left in the tank, and the Wizards are inching closer to making a decision on whether to offer him the super max or not.

How about offering them an alternative to see where their heads are at?

Thanks to John Wall’s Achilles injury and a cap-clearing Porter trade, the Wizards are moving into another phase of basketball, where younger players and draft picks matter more. They have some youth and the ninth overall pick but could use more. New York could offer a couple young players who could help in those efforts.

Robinson shouldn’t be placed in this deal, but a combination of Smith, Knox, Ntilikina, and the third overall pick could get that deal over the edge.

In return, New York would acquire a dynamic two-guard who showed propensity for spacing the floor, while adding a new element to his game—offensive creation. He’s a nice piece who could assist your 2020 efforts now, and who could also take another small step forward as he reaches his early 30s.

Holiday is an interesting case for a few teams and the Knicks might be one of them. He’s an all-world defender, who defended positions 1-3 this year. He can space the floor despite a poor shooting season in 2018–19. He prefers to play off the ball but can also give you great distribution numbers.

Paying the price for Holiday isn’t ideal, but he seems like a good fit for the Knicks—and could affect New York on both sides of the ball.

Other names to consider include Blake Griffin and Mike Conley, both of whom are a bit too old to be considered here. As New York’s roster gets older via free agency, adding another player close, or in Conley’s case, above the age of 30, would be a huge risk—and that’s before all the assets that would have to be thrown into the deal to make the money work.

Should New York move the third overall pick? Honestly, it’s anybody’s call at the moment. The Knicks could add someone like Barrett, add big name free agents, and give it another year letting their talent marinate before making another move. Maybe the likes of Knox or Smith Jr. take a step forward and become even better assets.

Or the Knicks could look for deals without the pick, to see what talent is out there first.

Make no mistake, the Knicks failing to land the number one overall pick hurt. However, remaining in the top three offers them the likes of Barrett or Culver—young solutions to New York’s wing problem.

It could also be another asset in a trade to build a new big three.

Only time will tell.

»READ: The Knicks didn’t land the 3rd pick, but it’s not time to panic