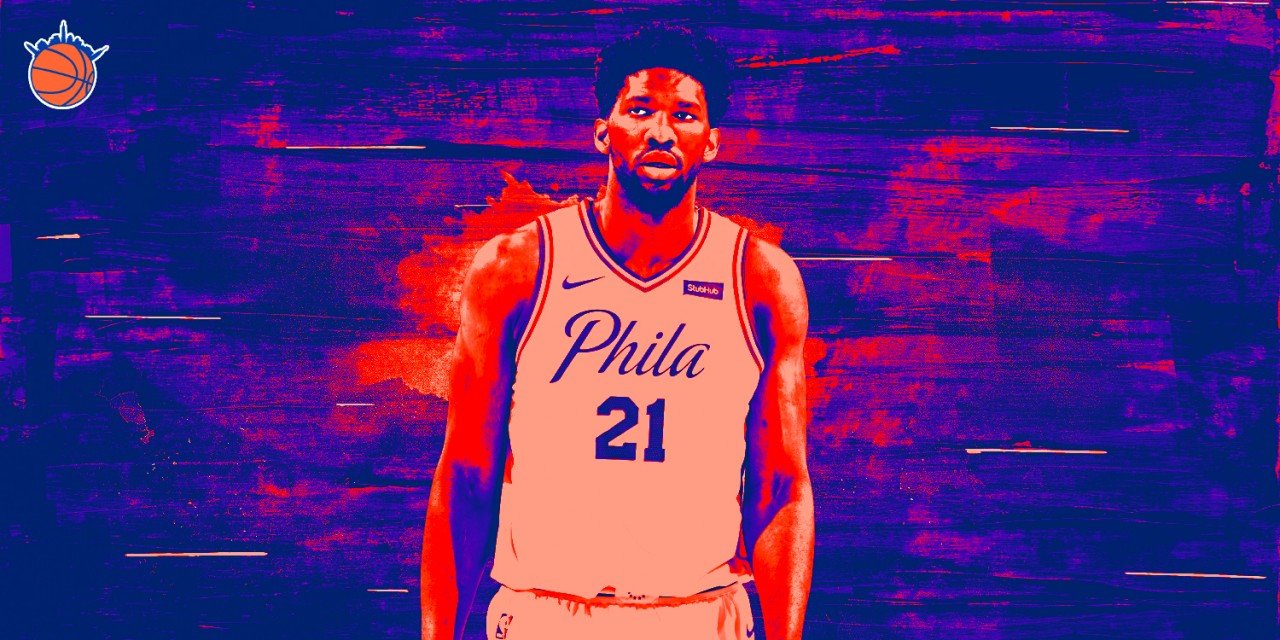 The Philadelphia 76ers’ second straight Eastern Conference semi-finals elimination last season disappointed Philly fans (of course), but they were just a few unlucky bounces away from knocking off the eventual champs. After some notable roster moves, they come into 2019–20 as one of the favorites in a uniquely wide-open race. Their title odds currently sit at +750, trailing only the Los Angeles teams and the Milwaukee Bucks. With the Toronto Raptors and Boston Celtics both losing key players, the Sixers are appropriately confident about their chances to end the franchise’s 36-year title drought.

Elton Brand was one of the most active general managers in the league during the offseason, as has been his wont since starting the gig in September 2018. Two crucial wings are gone: Jimmy Butler—the team’s closer in the playoffs—took his talents to South Beach, and J.J. Redick signed with the New Orleans Pelicans. Butler is the superior player obviously, but there’s an argument that Philly may miss Redick more. They’re a talent-laden bunch that should be able to generate enough point to go with what will be an elite defense, despite losing Butler. Redick, however, was the team’s best shooter and spacer by far, and they’ll surely miss his movement.

Brand acted swiftly to net Josh Richardson in the Butler sign-and-trade, but Richardson is nowhere near the shooting threat that Redick is. Richardson is just under a 37% career three-point shooter, which is average, though he did up his attempts to over six per game last season. Still, he should fit right in as a versatile defender who can guard quicker guards (sparing Ben Simmons), slash and cut, and serve as another possible pick-and-roll ball-handler.

Brand also surprisingly swiped Al Horford from Boston for four years and $109 million—a lot for a 33-year-old. But, at least for this season, his pick-and-roll prowess on both ends (and pick and pop), along with decent three-point stroke (36% in 2018, 42.9% in 2017 on limited attempts), will provide boosts. Crucially, Horford has had some success in the postseason season guarding last year’s MVP Giannis Antetokounmpo.

Philly also re-upped Tobias Harris for five years, $180 million, despite an underwhelming playoff run. A major question for this team will be who the first option is in crunch time, and Harris should get a crack at that role. They will need Harris (and Richardson, to a lesser extent) to consistently create looks from the perimeter, along with whatever Simmons gives them. It would be extremely good for the Sixers if Harris drastically improved upon the 32.6% mark he shot from three after being traded midseason to Philly.

The biggest strength of this Sixers team is (literally) their starting five. Philly will sport the biggest starting lineup in basketball, by far. Here are their projected starters:

Tobias Harris is the weakest defender of the group, but he’s definitely not bad. Richardson is a major upgrade over Redick. Horford, Simmons, and Embiid are elite on D. This unit is nearly guaranteed to be among the best defensive and rebounding squads in the game.

It’s unclear if the bench is a strength or a weakness. Mike Scott, a healthy Zhaire Smith, and 2019 Naismith Defensive Player of the Year/first-round pick Matisse Thybulle, Raul Neto, and former Knicks legend Kyle O’Quinn should guarantee even more strong defense off the bench. Brett Brown could also stagger Horford and Embiid’s minutes and keep one of them on the court with the second unit.

It’ll be interesting to see who ultimately prevails in the backup point guard competition (after the departure of fan favorite T.J. McConnell) between defensive-minded Neto and defensively challenged Burke. Thybulle was an O.K. shooter in college (35.8% from three over his four-year stint). James Ennis III might take a lot of threes, and that might not go so well. Zhaire Smith’s shooting is also a question mark. They are going to need at least one of those guys to shoot a little bit. Furkan Korkmaz and Shake Milton are variables. Overall, this bench has a chance to be really formidable. On the other hand, Mike Scott is probably the best player of this group.

But the two biggest questions for this team lie with the two superstars.

For Ben Simmons—we all know. Whether he can incorporate some perimeter (or perimeter-adjacent) shooting to his game is not essential to his his personal improvement but for the Sixers’ championship potential. The team claims he’ll be shooting threes this season—but of course it’s a lot easier to feel that way during the offseason. (Update: he did drain one in Tuesday night’s preseason game, sending everyone in the arena into a frenzy).

Any spacing and perimeter creation he can give them will be hugely important. The more they can convert their overwhelming size into transition opportunities for Simmons and easy points, the better. Having said all of that, Ben Simmons is pretty amazing.

For Joel Embiid, his fitness remains the largest concern. His conditioning was a talking point during the postseason, but he’s apparently lost 20 pounds. If he goes up a level physically and stays on the court, Embiid is absolutely an MVP candidate. He said he’s been working on his handles, attacking off the dribble, and his threes, so it looks like he’ll be relied upon to operate from all areas of the floor. He also said he was giving up trash talking…we’ll see.

There definitely isn’t another team in the league built quite like the Sixers—emphasizing size, defense and rebounding over pace, space, and shooting. Unsurprisingly, Brett Brown said they’re “playing smash-mouth offense and bully-ball defense”.

Whether they can keep up with small-ball lineups will be an important question. However, the sheer talent of the Sixers could be enough to make a Finals run, and with Leonard out of the conference and Kevin Durant out for the year, it could be the perfect year to zag on the league. Ultimately, whether Embiid and Simmons are ready to go up another level in the postseason will likely determine the fate of their season.

How the Knicks Match Up

Last season, the Knicks did not fare well against the 76ers. Philly won all four meetings, and only one game was a single-digit affair (108-105 on January 13th).

How do the Knicks match up with their division rival in 2019–20? Well, maybe it won’t be as one-sided. The Knicks now boast plenty of large bodies and plan to deploy their own brand of bully ball. At 7’1″, an improved Mitchell Robinson can possibly make things difficult for Embiid, and the Knicks certainly have no shortage of power forwards (Julius Randle, Taj Gibson, Marcus Morris, Bobby Portis) to send at Horford. Whether Robinson and Randle can rebound with Embiid and Horford will be critical if the Knicks want to control pace.

The Knicks also possess above-average size on the perimeter, with 6-9 Kevin Knox, 6-7 R.J. Barrett, and pretty tall wings and point guards overall. But, whether Barrett and Knox can contain Harris and Simmons will be a tough ask. On the flip side, Knox will have opportunities to score on Harris, and he’ll have to do so for the Knicks to hang in these games.

My expectation is that most teams in the league will try and beat the Sixers with small-ball lineups, pace-and-space, and lots of threes. The Knicks don’t necessarily have a roster built for that. Instead, they’ll try and beat Philly at their own game.

The Knicks and 76ers face off four times this season: November 20th in Philadelphia, November 29th and January 18th at the Garden, then back at the Wells Fargo Center on February 27th.

»READ: Mitchell Robinson: a perennial defensive player of the year candidate in the making