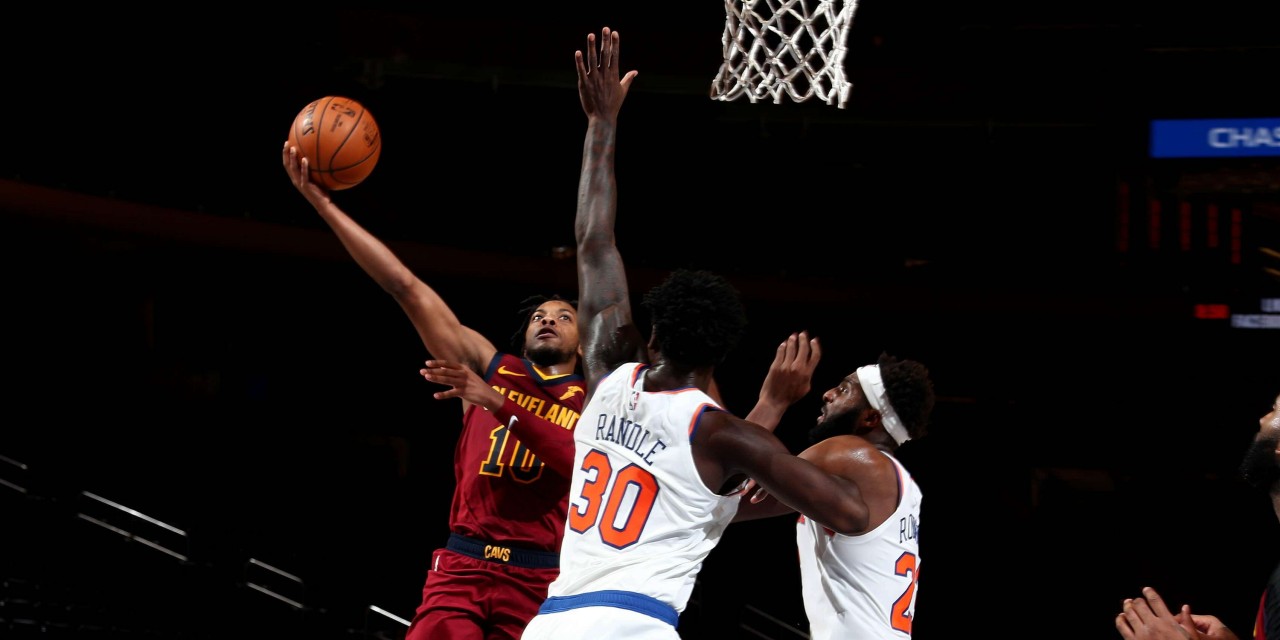 The Knicks overcame an 18-point deficit in a fourth-quarterback comeback composed by Immanuel Quickley and the younger players.

The New York Knicks were without several vets for Wednesday’s showdown against the Cleveland Cavaliers, but it turned out to not make a difference. After a third quarter that couldn’t have been more classic Knicks (13 points scored), the ‘Bockers came roaring back from a double-digit deficit and defeated the Cavs by as score of 100-93.

One of the few vets on the floor for the orange and blue, Julius Randle, led the Knicks with 18 points, while young guns Mitchell Robinson and R.J. Barrett also reached double figures, per ESPN Stats. Andre Drummond led the Cavs with 18 points and 14 rebounds, while Darius Garland chipped in with 13.

In With the New, Out With the Old

For three quarters, Knicks fans watched Elfrid Payton lay an egg offensively, shooting 2-of-12 from the field, including 0-for-4 from behind the arc. Like all of us, head coach Tom Thibodeau had seen enough and gave Immanuel Quickley the keys to the offense. Not only was he better than Payton, he ignited a Knicks comeback with his incredible passing and playmaking. It will be interesting to see if IQ continues to separate himself from counterparts Frank Ntilikina (DNP tonight), Payton, and Dennis Smith, Jr.

Fellow 2020 first-rounder Obi Toppin also jumpstarted the Knicks in the final period and capped off his night by throwing down a monster dunk, assisted by Barrett. Toppin thus far has been good; he is passionate about the game, and you absolutely love to see that from the rookie.

Unfortunately, good games for Kevin Knox have been few and far between in his young career, but tonight he showed out, especially in the fourth quarter. Knox feeds off of confidence and can become disinterested and timid quickly in games. Tonight displayed the confidence we are all dying to see consistently. Maybe Coach Thibs can unlock Knox’s talent and help make his third year a breakout season.

The inability to make threes at a respectable clip has been a recurring issue for the Knicks for years, and tonight was no outlier. New York went a pathetic 8-of-34 from behind the arc. They have failed to construct a roster with enough guys who can hit perimeter shots.

They were able to get by tonight against a Cleveland team that isn’t very good, but going forward it will be important for Thibs to give more playing time to guys who can shoot, like IQ, and hope Barrett can become more of a viable threat from three.

The Knicks play the Cavs again on Friday at the Garden.