With Free Agency Over, the Spotlight Shifts to Coach Fizdale to Juggle Young Talent and Older Vets 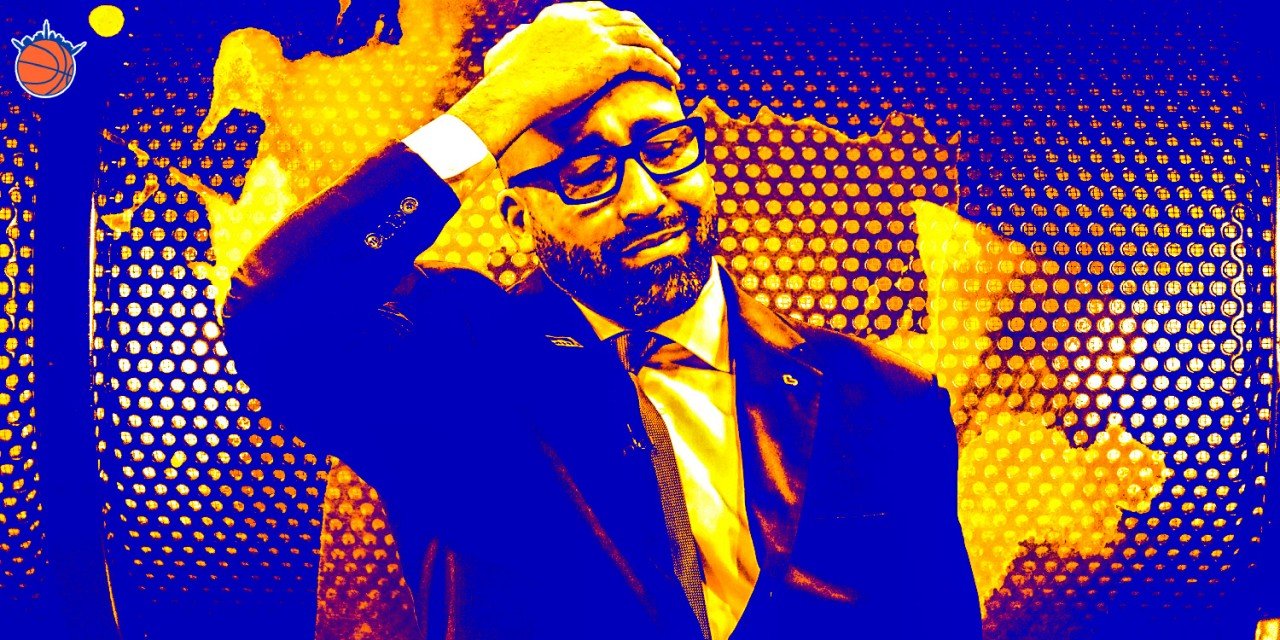 New York Knicks head coach David Fizdale will have the tall task of managing minutes for veterans on expiring contracts and younger player trying to prove themselves.

The Knicks will move on.

Striking out on Kevin Durant and Kyrie Irving left them no other choice. Considering what New York’s front office was able to piece together, from the shattered blueprint Durant and Irving’s decisions left behind, the Knicks did just fine.

Not great, but fine, and most importantly, flexible enough to remain a suitor for free agents in the future.

You’d be hard-pressed to find sand that’s drier than next year’s free-agent class, but if there’s a lesson from the Knicks’ most recent summer it’s this: the NBA landscape can and will change in the blink of an eye.

So, despite Knicks critics (a contingent growing stronger every day it seems) bashing the front office for signing journeymen power forwards like they were on sale at Costco, the team emerges from their worst nightmare with a plan. It’s definitely not Plan A, but it’s a pretty coherent Plan B.

But there’s a problem: every player on the roster is hungry to prove himself. Therein lies maybe the hardest balancing act in all of sports—to field a team of rookies and vets desperate to show some staying power—and it falls on Coach Fizdale to pull it off.

It’s the unfortunate trade-off of prioritizing roster flexibility. By mixing veterans on short-term contracts and young killers on rookie deals, you stay malleable at the cost of stability. The locker room will suffer without a great leader.

Can Fizdale be that guy? He’ll have a lot of in-house politics to maneuver. Will he be ready to promise a frustrated Damyean Dotson more minutes? How will Wayne Ellington take that, if it means a diminished role for him?

You can almost smell the headache from here, in July, three months before the season even starts. It’s the second leg of a back-to-back, on the road. Ellington is sulking because Dotson, hitting every three he sees and playing stout defense, has passed him in the rotation. I can’t bump Dot, but Wayne needs more than 10 minutes a night. Help. Me.

It’s hard to solve a problem that hasn’t arisen yet, but at a glance there seem to be two ways Fizdale can paint this picture without lighting the canvas on fire.

He can place experience in the foreground and youth in the background, shooting for a “lead by example” team. This would involve starting the veterans, to set the tone for each game, while bringing raw talent off the bench to mature against opposing secondary lineups. One possible rotation:

The theory here is to get the veterans involved early by starting them, and thus set the standard for competitiveness high every night for the young players off the bench. The first guys off the pine would be the most talented, in order to gas player development.

Or, Fizdale could go the opposite direction, and feature youth while limiting the vets’ roles:

(Note: in virtually any scenario, it’s hard to imagine the Knicks not starting Robinson or Smith Jr.)

This is the high-risk, high-reward play. For an 11-year pro like Taj Gibson, nine minutes a game is just not enough. If the younger players ahead of him (e.g. Julius Randle and Bobby Portis) perform well, he might accept his role, and maybe even become a valuable mentor. But if such an experiment were to go south, you can throw all of that out the window.

Most Knicks fans want to see the second lineup. It’s sexier. It’s more 2K-friendly. It has more upside than the former, and if all breaks right, it would lead to massive internal player development.

It’s also fragile, and could end in disaster. Are the Knicks ready for another season from hell, just because Fizdale won’t start Gibson or Ellington?

Whatever Fizdale does, he can’t bounce around between starting lineups like he did last season, when the team was in prime position to welcome experimentation. This season will require fortitude, and the ability to weather the storm this potentially radioactive group presents.

It’s worth mentioning that these dynamics are nigh-impossible to ace.

A great coach might be able to do it on a contender. At the heart of such teams is a communal hunger to get a kiss from the “Larry O.B.,” as one recent Finals MVP called it.

On a team that cannot possibly aspire to win a ‘chip at the end of the season, it becomes a lot harder to bring old and young together for a common cause. There is no preseason panacea, no team-bonding night out at Le Bain, no “kumbaya” dinner at Momofuku Ko to bridge the eventual tension between players on different timelines.

Fizdale will have to figure it out on the fly. It’s part of the job.

Heading into the summer, the Knicks wanted to enter win-now mode. No one denies that Durant and Irving were top-priority targets.

But they’re across the Brooklyn Bridge now, and the Knicks will have to do with what they have. The front office gave Fizdale a difficult, but promising hand to play.

We’ll see what he can do with it.