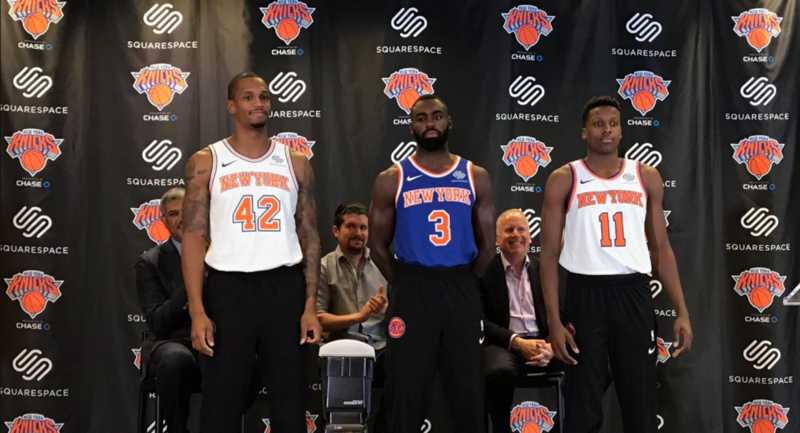 As a wave of teams unveiled jersey sponsors over the course of the offseason, the New York Knicks have now announced their sponsor for the upcoming season: Squarespace.

The Knicks are now the 17th team in the league to have announced a jersey patch sponsor, though the terms of the deal were not disclosed.

The deal indicates a new trend in the NBA, with e-commerce companies garnering more and more sponsorship deals. The Los Angeles Lakers jersey sponsor is Wish, the Golden State Warriors’ sponsor is Rakuten and the Philadelphia 76ers sponsor is Stubhub.

Squarespace was founded in 2003 and generated $200 million in sales in 2016. The role of the company in this deal is to provide financial support and give digital advertising opportunities to small, local businesses in cohesion with Madison Square Garden company.