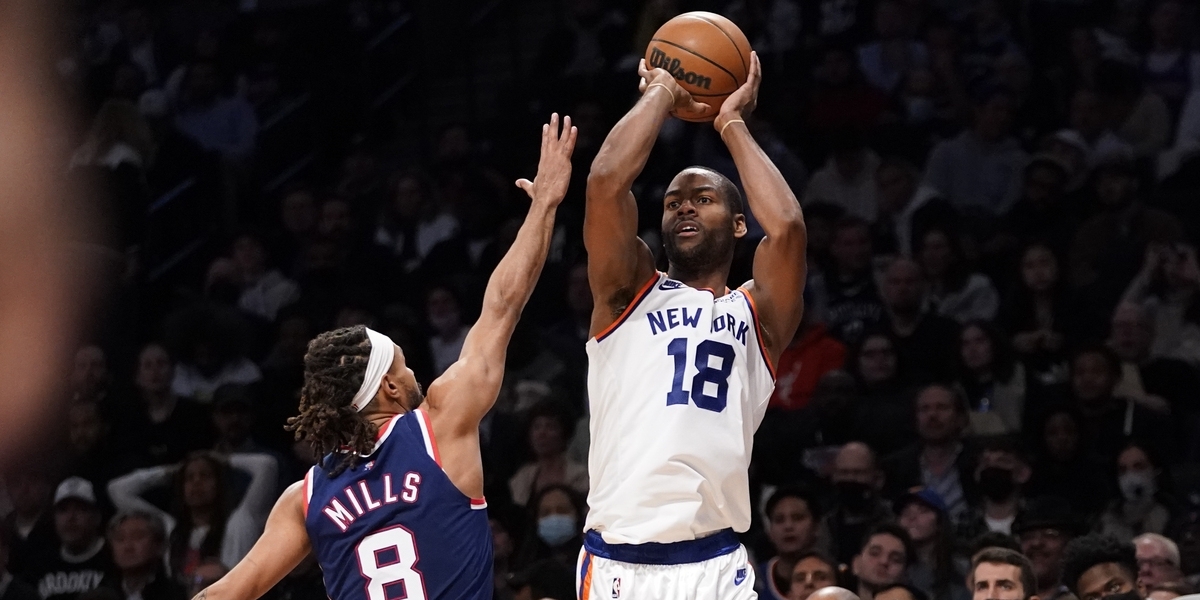 The Alec Burks and Kemba Walker rotation decisions bring hope that coach Tom Thibodeau isn’t afraid to shake things up when the Knicks are slogging.

On Monday, New York Knicks head coach Tom Thibodeau made the announcement that Kemba Walker would be removed from the rotation and replaced by Alec Burks as the starting point guard. While New York was handed a loss by the first-place Brooklyn Nets last night, Burks had an excellent game.

He finished with 25 points along with five assists and five rebounds and led New York in scoring. While Burks is not a traditional point guard, he has been expanding his passing ability since last season and clicked defensively with the Knicks starters, which gave them momentum throughout the game and helped to keep things contentious.

The change might have come as a surprise given head coach Tom Thibodeau’s track record with ineffective Knicks’ starting guards. He waited until Game 3 of the first round of the playoffs to bench Elfrid Payton after he played a combined 13 minutes over Games 1 and 2, according to CBS Sports. Before that, Payton was averaging 10 points per game and three assists over 24 minutes, per Basketball-Reference.

While he was not contributing as a true point guard to the Knicks last season, he was also not making a big impact on their scoring. His defense was also nothing to write home about, which befuddled Knicks fans and basketball analysts even further as to why Thibodeau refused to bench him.

Flash forward to this season, and the same issue seemed to persist in Walker. While he started out hot for the team and looked comfortable manning the starting unit alongside newcomer Evan Fournier, he eventually cooled off and only averaged 12 points per game and three assists over 24 minutes, according to Basketball Reference.

His stat-line was almost identical to that of Payton and his defense was similar in that it was hard to come by at times. This, coupled with a slow start for the Knicks after elevated expectations were placed on them to start the season, made it clear that something had to change.

Enter Alec Burks. Burks was known for his hot hand during the Atlanta playoffs series last postseason and for some clutch shooting for New York in the regular season which landed him the appropriate nickname of “Big Money AB.”

In a full-circle moment against the Hawks this season, and just two days before the decision to insert him into the starting lineup, he made a spot start for the resting Walker as New York had a depleted squad due to injuries. Burks showed up and showed out, hitting 4-for-7 from beyond the arc and scoring 23 as the Knicks beat Atlanta behind him and their young bench players.

Could Thibodeau have seen this performance and realized that he had a better option to gel with his starters than Walker? Could he have noticed how Burks, with a larger physical presence against fast and dominant guards on opposing teams, was able to bring back the intensity and fight against good teams similar to last season? Possibly. Regardless of Thibodeau’s thought process, game one of this experiment was a success on paper and to the human eye.