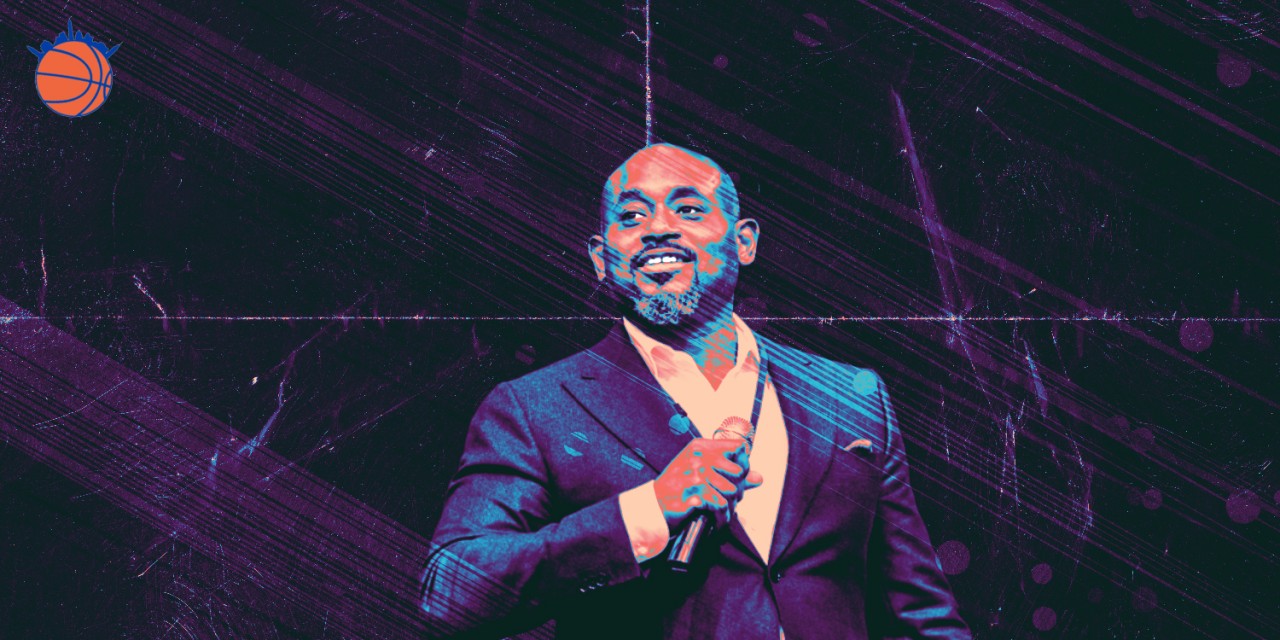 The Knicks’ supposed branding specialist Steve Stoute has seen negative headlines, suggesting perhaps he may not have the team’s perception problems under control.

The New York Knicks aren’t in the bubble, which is probably in the public’s best interest. But one of our editors pinged me the other day to brainstorm ideas for this article. I’m fresh out of those, so he asked if I’d like to write about whether I think Steve Stoute, whom the Knicks hired in January to “rebrand” the team, is good for the franchise culture or not.

The first question I had: Who the hell is Steve Stoute?

His Wikipedia page is scant, but paints the picture well enough for a very well-connected entertainment insider. Back in the ’90s, Stoute got his start as a music executive with Sony Records and Interscope. He played some part in launching the careers of Will Smith, Nas, and Mary J. Blige and served as the manager for the the latter two at some point. Then, in the early aughts, Stoute leveraged the connections he made into entrepreneurship ventures in cosmetics and marketing before landing with the Knicks as a “branding guru.”

Stoute comes off in interviews as a man of great self-belief. It oozes out of him. The way he sits on camera is as if to say he’s owned that chair his whole life. You’re in his studio, he’s never in yours. There is something interesting about the illusion he has of himself; King Midas in a vault of rust ready to turn garbage into gold. I didn’t even know who he was before writing this, and I get the sense that he’d tell me that’s absolutely ridiculous and slightly embarrassing.

Last week, Stoute appeared on “The Breakfast Club,” and one of the hosts, DJ Envy, asked him what exactly is his role with the Knicks beyond “rebranding” mumbo jumbo. He cited two areas specifically: apparel and advertising. But Stoute has also stated multiple times, including in “The Breakfast Club” interview, that he’ll be involved in free agent strategy in some capacity. He says things like “my job is to make free agents know this is a place they should show up at.” He wants to make the Knicks cool again.

So, here’s what I think about branding mastermind Steve Stoute: I think it’s this exact kind of rah-rah machismo culture that has led the Knicks to constantly short-circuit a healthy basketball rebuilding atmosphere time and time again. I don’t think he helps in that regard. I think the franchise has a serious problem in that the loudest voices are the ones with the most sway, and Stoute seems to fit that bill. This “I need no introduction” entrepreneurial bro in a fancy suit archetype is a plague on the Knicks (or an addiction, maybe?), and Stoute is microcosmic of that very misguided ideal of what leadership should look like.

There has to be a balance of voices. Stoute has iterated that he, Leon Rose, and William “World Wide” Wesley are shooting for the stars. They want it all. Superstars and championships, they want to be kings, and it seems like they’re already planning the coronation.

But isn’t that mentality that’s landed this franchise here in the dumps? The Knicks have had 14 head coaches since the year 2000 (including interim coaches like Mike Miller), going back to Don Chaney. They’ve missed the playoffs for seven straight years now. The Garden’s mystique has lost its inimitable glow for free agents, so much so that even when stars want to come to New York City, they don’t go to the Knicks.

Stoute seems to believe that making the Knicks “cool” again will change any of that. It seems like an empty, futile approach. Does anyone out there think Giannis Antetokounmpo will care if the Knicks release some dope hoodies? Will a multi-million-dollar ad campaign sway Bradley Beal in 2022?

I have to admit, the idea of being bombarded by Stoute’s bombastic attempts at rehabilitating the Knicks public image while the team continues to go 30-52 every year with 17 power forwards on the roster is already exhausting. If Stoute can leverage the connections he undoubtedly has in the entertainment industry to lure some star players to the Knicks, and the franchise miraculously changes course, I’ll be happy to admit that I was wrong.

But this whole Stoute thing seems very on brand for the Knicks. Ironically, that’s exactly what he’s been brought in to change.

»READ: How James Dolan has impacted the Knicks’ perception