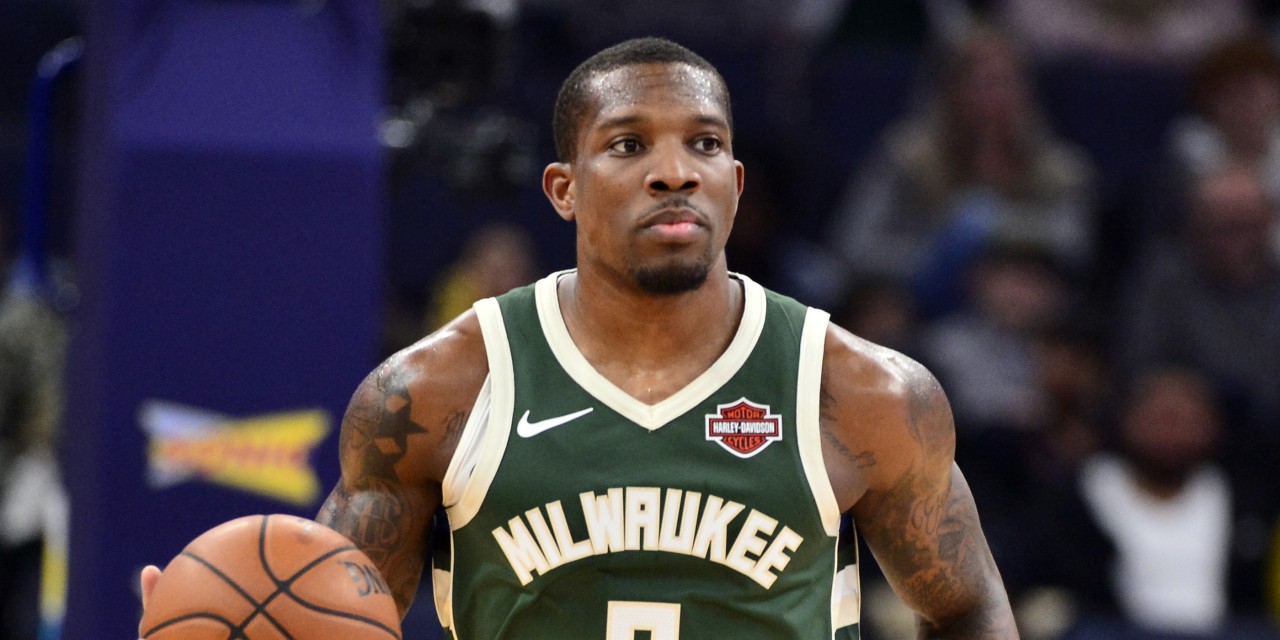 The Pelicans acquired veteran Eric Bledsoe in the Jrue Holiday deal. Should they seek to dump him, the Knicks could take the point guard help.

Mere hours into free agency and here we are making a suggestion for New York’s point guard position. For a Knicks team looking to take a step forward this season and “win now,” one starting point guard option that could help is Eric Bledsoe.

The 2020 NBA Draft came and went with New York coming away with two players, but no starting point-guard options. Even if the Knicks plan to use 25th overall pick Immanuel Quickley more in a traditional point-guard role, the former Kentucky Wildcat guard will need more time before being trusted with a starter’s responsibilities. Even then, New York will need a more experienced guard if the goal is to turn the team around starting next season.

And New York’s options are rapidly evaporating. Chris Paul was already traded to the Phoenix Suns, Fred VanVleet is an option, but multiple reporters tied to the Knicks are viewing a VanVleet-Knicks relationship as unlikely, and the dance continues for Houston’s Russell Westbrook as the Knicks balance taking his contract. Enter Eric Bledsoe, who could be a perfect middle ground—a starting point guard who doesn’t completely stifle their flexibility moving forward.

When free agency opens up on November 20th, Bledsoe, George Hill, and five draft picks are headed to New Orleans in exchange for Jrue Holiday. The Bucks are going all-in for the final season of Giannis Antetokounmpo’s contract. For New Orleans, it gives them a bit of a logjam at the point guard position between Hill, Bledsoe, and current starter Lonzo Ball. That logjam was only exacerbated with the selection of Kira Lewis Jr. with the 13th overall pick in the 2020 NBA Draft.

While the prospect of trading for Ball should also interest the Knicks, Bledsoe would be better aligned with New York’s current desires.

What makes Bledsoe a great fit for New York is his all-around game. Last season, Bledsoe averaged 14.9 points, 4.5 rebounds, 5.6 assists, and a 57.1% True Shooting mark. While the defense has started to wain a bit, Bledsoe is still a solid defender, who could be viewed as a positive in Tom Thibodeau’s scheme, largely because of his strength and ability to handle smaller wings.

Offensively, Bledsoe is fine, but fine is an upgrade over what the Knicks had last season. Over the last four seasons, Bledsoe has attempted at least 300 three-point attempts in three of them, knocking down at least 33% in three of the four. Despite getting up there in age, Bledsoe is also still good at getting to the basket and finishing at the rim. Among players who averaged 10.0 drives per game or more last season, Bledsoe finished with the eighth-highest field goal percentage at 55.6% and the 10th highest assists percentage at 12%.

And the contract? Not the worst contract for a Knicks team looking for a current boost right now, without the expectation of being a title contender. The former Kentucky guard has three years left on the four-year, $70 million dollar contract he signed last offseason, but the 2022–23 season comes with just $3.9 million of the $19.3 million guaranteed if he isn’t waived by June 30th, 2022. A then-33-year-old Bledsoe could be moved on without much issue, allowing New York to have a minimal hit, rather than a buoy of a deal tied up on their books.

If you consider the 2022–23 salary as a $4 million write-off for New York, the Knicks would only be attached to Bledsoe for this upcoming season at $16.8 million, and the 2021–22 season at $18.1 million. It doesn’t totally hamper New York and their spending for the rest of this offseason, while not completely locking their salary moving forward as Westbrook’s contract would.

Compensation may be a concern, or maybe not. The Pelicans are dealing with a current position of strength, but they also have to consider their future. There, Brandon Ingram is set to receive a contract extension before the start of this season, while Ball and Josh Hart are extension eligible next season. Before long, just one year later, Zion Williamson will be a year away from an extension. Time moves fast in the NBA and things could get expensive quickly for New Orleans.

For New York, this could be a wise time to drop into the asset pool, mainly your draft picks, to see what it would take. The first would be to see if New Orleans wants to dump the contract for cheap, but if not, the Knicks could look to offer one of their first-round picks from the Dallas Mavericks to see if they bite.

The Knicks need shooting, but Bledsoe offers a slightly different element to New York’s offense—a drive-and-kick guard who can handle the offense, break down defenses and create at the rim, or create open three. That type of point guard is something to which Thibodeau alluded earlier in the offseason. Playing alongside a lead initiator like Antetokounmpo will certainly open the floor, but we’ve seen Bledsoe succeed in Los Angeles and Phoenix to a degree without one.

A smart bet for New York would be to add a shooter into the starting lineup with Bledsoe, R.J. Barrett, Obi Toppin, and Mitchell Robinson. The Knicks have been linked to Gordon Hayward and Malik Beasley, while Bogdan Bogdanovic’s pending restricted free agency period awaits after a failed trade with the Bucks. If the Knicks were to land one of the three—Beasley makes the most sense as he fits New York’s timeline a bit better—the Knicks would have added two players who shot 200-plus threes to provide balance.

With nearly $35 million remaining after the Ed Davis deal, the New York Knicks still have a few holes to fill, with starting point guard being the most glaring. While Russell Westbrook and Fred VanVleet are the premier names to that group, Eric Bledsoe could be a sneaky add that fits their immediate timeline and offers New York something they’ve missed for the last decade—solid point-guard production.