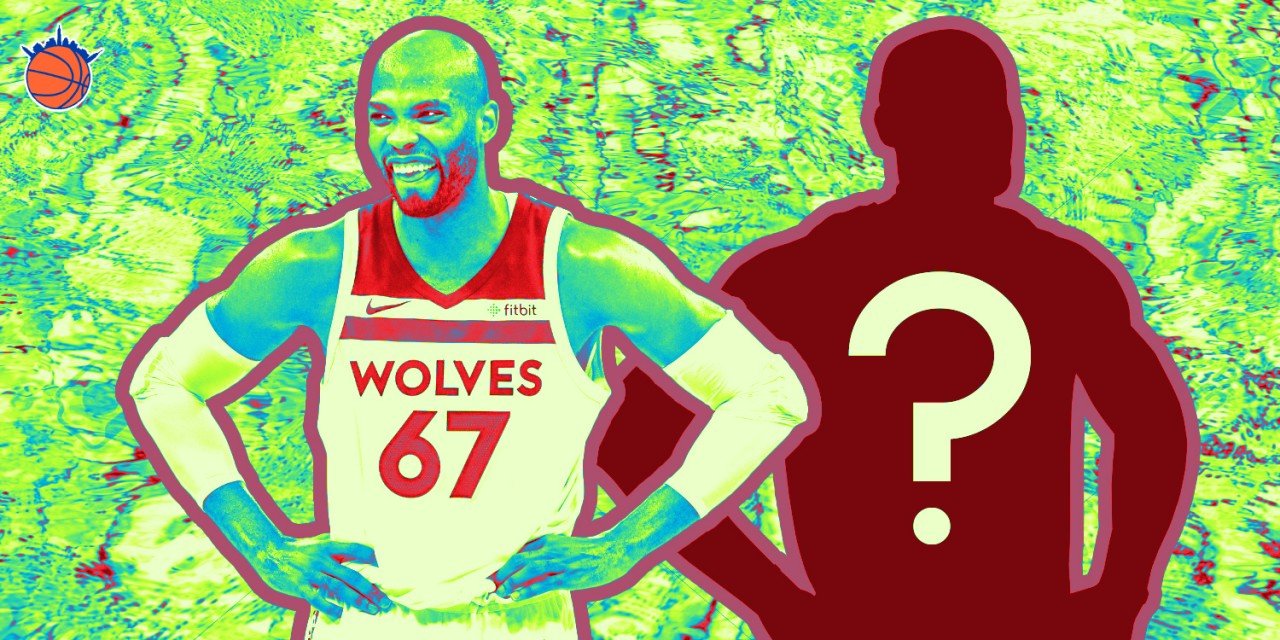 As Taj Gibson enters the twilight of his career, the new Knicks big man offers several absorbable skills to be learned by teammates.

Among the offseason additions this summer, the player who snuck under the radar the most was Taj Gibson. The New York native signed a two-year deal worth $20 million, but his acquisition was caught between the likes of Julius Randle and Bobby Portis. Still, the veteran big man could be the linchpin in New York’s big man rotation.

Over the last two seasons, Gibson was a key player in Minnesota’s big man group. In 2017–18, Gibson started all 82 games and was instrumental in returning the Timberwolves to the playoffs for the first time since the ’04–’05 season, averaging 12.2 points and 7.1 rebounds. His second season in Minnesota saw a decline in his starts, partly due to the dismissal of head coach Tom Thibodeau.

Still, Gibson averaged 10.8 points and 6.5 rebounds. He also showed a change in his game with the T-Wolves, taking 69 threes in two seasons with the Timberwolves—almost double the amount he took the previous eight seasons combined. Now, Gibson brings his stable play to the Big Apple.

Here, Gibson takes a backseat to the likes of projected starters Mitchell Robinson and Randle, but he moves into a role that allows him to be a versatile option for New York’s big man rotations. Let’s take a look at some ideal pairings for Gibson.

The most intriguing pairing for Gibson is with fellow bench big Bobby Portis. Both acquired this offseason, pairing the two would be ideal because of their overlapping strengths. The strongest link in Portis’ game is his outside shooting for a 6-foot-11 post player. Portis knocked down 39.3% from three last season, and 35.9% on 223 attempts the season before.

Allowing Portis to provide balance and floor spacing in the second unit lets Gibson play closer to the rim, where he shot 69% from the floor. Defensively, Gibson can use his awareness and I.Q. to play off of Portis’ weaknesses. Portis, for his size, isn’t a good rim protector and could use help in space. Gibson can assist with those defensive miscues, covering up where need be.

If you could pick two players who should work together the most this season, Kevin Knox and Taj Gibson would top the list. The young player and the veteran; Gibson can offer Knox the correct tools to smooth out his game on the defensive side of the ball.

This works similarly to Portis and Gibson: Knox’s offensive value will come from his ability to space the floor. Knox also has the ability to come off of screens, making Gibson’s picks more valuable on offense. If Knox becomes an elite shooter, he could offer greater gravity for the likes of Gibson and Mitchell Robinson.

Defensively, Gibson would do a ton of the heavy lifting in this pairing, as Knox is a lackluster defender. Gibson is the perfect player to help Knox learn to read opponents better, whether reading and calling out screens or creating a defensive identity on the perimeter.

While this pairing might not see a ton of minutes—nor be highly effective—Knox working with and picking the brain of Gibson on the defensive end could help in the long term.

The last pairing of intrigue is of another duo brought in this offseason: Taj Gibson and Julius Randle. Randle has steadily improved his offensive game over the last five seasons, and with a three-year contract worth $63 million, he’ll be a key piece in the Knicks’ offensive system.

The difference between Randle and the likes of Knox, Portis, and even Robinson is the former Pelican’s ability to pass the ball. This allows Randle to create and find Portis on the block for easy finishes, or even work some pick-and-roll with Gibson as well. Randle’s shooting will create some gravity, while his ability to bully defenders allows Gibson to be a weak side finisher.

On the defensive side of the ball, Gibson will help with Randle’s weaknesses. He’s not a rim protector, but he’s also not agile enough at times to step out and pester shooters. Gibson offers help on that side of the ball. While Gibson isn’t as spry as he once was, he’s still a valuable defender on the perimeter and even at the rim in spurts.

At first glance, the Taj Gibson signing didn’t offer much excitement. He’s 34 years old and doesn’t space the floor in an era of floor shooting. The Knicks are a team that feels closer to 25 wins than 50 wins, so adding someone in the final stages of their career seems dubious.

However, now that Gibson is on the roster, he offers a few things. Moving into a smaller role will allow him to maximize his abilities, especially on the defensive end. That defensive acumen will allow him to serve as a key defensive pivot for several players on the Knicks roster.

While the wins won’t rack up, Gibson’s defensive ability and offerings as a mentor are sure to help the Knicks in the long run.