Taj Gibson’s Final Act: What Can the Veteran Bring to New York? 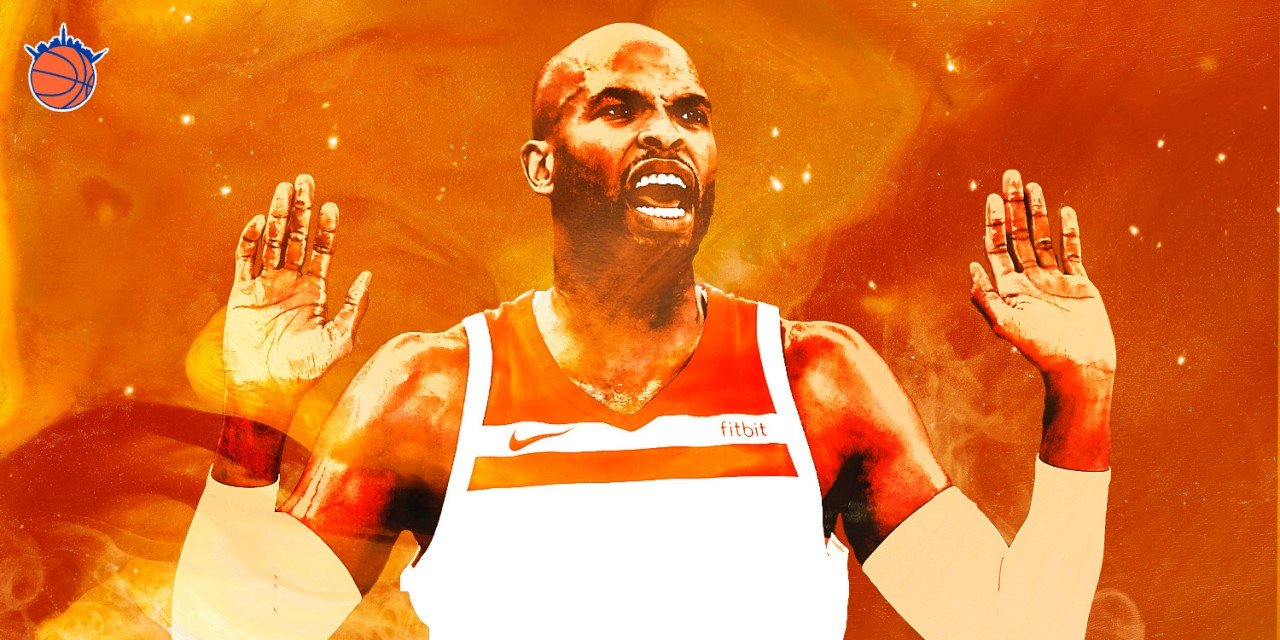 34-year-old Tom Thibodeau veteran Taj Gibson could be the eyes and ears on the court for the Knicks’ defense—and a solid mentor off the court.

Defense, once considered the folklore of New York basketball, has become something that is said in the past tense. The Knicks teams—the good Knicks teams—all had a common thread: strong defense. The most extreme example was Pat Riley’s ‘90s Knicks who played football on the hardwood, but even the last good Knicks team in 2012–13 touted a competent defense anchored by Tyson Chandler.

Since then it has been ugly. Opposing teams have encountered zero friction on offense. Last season the Knicks had tied for the fourth-worst Defensive Rating (112.9), allowed the sixth-most second chance points per game (14.1), and ranked in the bottom 10 of the league in points allowed in the paint per game (50.6).

The hope is that Taj Gibson, a Tom Thibodeau war dog, can awaken the beast in some of the young pups on this roster, and possibly restore the feeling.

Gibson is at the twilight of his career at 34 years old. In his prime, he was a key defensive cog on those Bulls teams that battled the LeBron James era Miami Heat. Gibson’s brief stint with the Timberwolves was less glamorous, but the defensive chops were still present.

As The Knicks Wall’s Bryan Gibberman mentioned, Gibson gives Fizdale a competent two-way veteran, who can do more than defend.

Taj had a bit of an offensive awakening during his stint with the T-Wolves, culminating in a career-best 61.2 True Shooting percentage last season. He flirted with the three-point shot as well, and hit a respectable—for someone who didn’t regularly attempt triples until 2017—32.4% from beyond the arc last season on 34 attempts.

The scoring competency will be welcomed; however, the coaching staff will likely have another plan for Gibson. He was not brought in strictly for what he brings to the table, but to be a mentor and another set of eyes for Fizdale on the floor.

During his time in Chicago, Gibson was right in the thick of some epic Eastern Conference battles. Those Bulls teams not only played stingy defense, but almost always played deep into May.

Fizdale is a big believer of imparting a “championship mentality” with his young guys. While Gibson has never been on a title team himself, he has certainly been close enough, and possess the qualities found on a title team—his relentlessness being chief among them. Even on his worst night you cannot accuse Gibson of taking a play off, and a coach can almost always feel at ease when they know Gibson is lurking for their defense.

A major issue with the defense last season was at the 5. Last season the team’s best interior defender was a 20-year-old who last played basketball for Chalmette High, Louisiana. Knicks centers outside of Mitchell Robinson were a disaster. That is not surprising when Enes Kanter and a washed DeAndre Jordan play a large chunk of the minutes.

Thankfully those two are gone, but Robinson cannot play 48 minutes a night. Someone has to be able to patrol the paint when he sits, and that is where Gibson can shine.

Gibson did a great job playing the Slim Charles to Karl Anthony Towns’ Avon Barksdale for Minnesota. He could fulfill a similar role for Julius Randle, Bobby Portis, and in certain instances (i.e. the savvy and burly Nikola Jokic), Robinson.

Per Cleaning The Glass, opposing teams turned the ball over 15.1% of the time, a number more impressive when you realize he shared the floor with turnstiles Andrew Wiggins, Jeff Teague, and Derrick Rose. He will have better help in New York, especially if he shares the floor with the aforementioned Robinson as well as Dennis Smith Jr., Frank Ntilikina, and Damyean Dotson.

A majority of Gibson’s minutes, if all goes according to plan, will be anchoring the second unit. Bobby Portis is capable of playing the five, however, his defense has a lot to be desired, leaving Gibson as the more versatile player.

Defense has to be a sticking point with this team and few are well-versed in that realm than the Thibodeau disciple. Offensively, Gibson is capable of sliding into a tertiary scoring role. He graded out well in three key areas: transition offense, put-backs, and as a roll man, ranking in the 94th, 85th and 71st percentile, respectively.

Now expanded to a seven-part series, a look into the statistical insights of veteran big man Taj Gibson’s game plus video highlights of the newest Knickerbocker (@BryanGibberman): https://t.co/xouXPqcdCc pic.twitter.com/a32KL8zYbY

With competent shooting and playmakers now on the roster, transition has to be an area in which the Knicks thrive. Gibson’s energy will mesh nicely with DSJ’s and R.J. Barrett’s attacking mentality. His propensity for put-backs and offensive rebounding will also be key when sharing the floor with both players, as their marksmanship is known to be erratic, to put it mildly.

When the signing was announced, it was assumed Gibson would not play an integral role. That may still be true. If the sophomores take a leap forward and the rookies hit the ground running, Gibson’s impact will be more on the intangible side. But if the Knicks end up needing more out of him on the floor, he is more than capable of contributing.

That’s the beauty of this low-risk, high-reward signing: Gibson has value regardless of whichever swerves this season may bring. His game has aged well thanks to the ethos of his playing style, valuing substance over flash. In what is likely his final act of his career, Gibson can help the Knicks usher in brighter days.