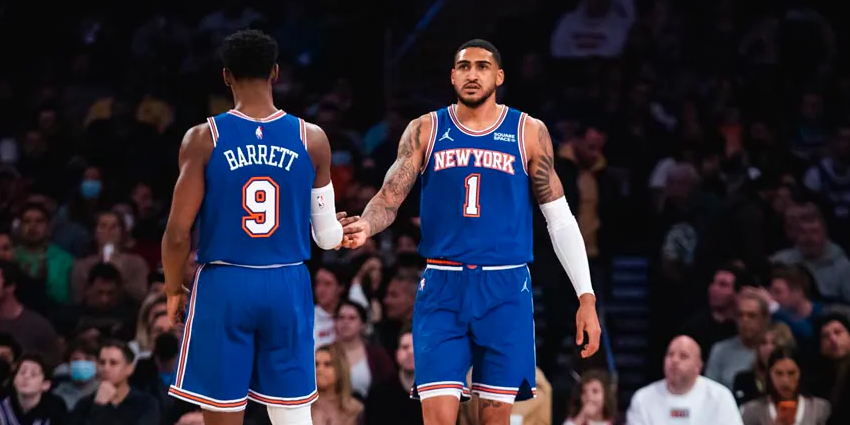 The 2021–22 Knicks are far different than last year’s team. They’re … actually we still don’t know what they are since there is no identity.

The New York Knicks, now at 12-13, continue to tread water this season as they try to figure out exactly what kind of team they want to be. It’s very clear that the Knicks don’t have an identity. They don’t have a specific brand of basketball with which they play. Watching the Knicks right now is like trying to squeeze a square peg in a round hole.

Teams usually take on the personality of their coaches. Last year, the Knicks were able to embody the message Tom Thibodeau was preaching. So far this season—not so much. As a coach that preaches toughness and hard nose defense, the Knicks are anything but. The Knicks are constantly getting outworked and out-hustled on both ends of the floor and usually aren’t competitive until the game is out of hand and they are desperate.

The Knicks were one of the top defensive teams in the NBA during the 2020–21 season, they defended the three-pointer especially well. New York was the top-ranked three-point defense last year.

They also shot extremely well from long distance, tied for second place with the Brooklyn Nets among all NBA teams shooting 39.2% from behind the arc last season. The Knicks had an identity, they knew what they were and they did it well. This season, the Knicks are a middle-of-the-pack defense and their outside shooting has also suffered.

Going into this season, the Knicks, presumably, sacrificed their defensive prowess for a more offensive output with their offseason additions. The results so far have not proved that. This is best exemplified through the revamped backcourt acquired last summer, Kemba Walker and Evan Fournier. Walker has been benched indefinitely and Fournier’s contributions have been sporadic at best—you never know what he’s going to give on any given night.

RJ Barrett has looked worthy of the third overall selection and like a total shell of that all at the same time. His unpredictable play feels like he’s regressing, but then he’ll have a game like he did against the Spurs where he’ll make seven three-pointers and look like an absolute stud. It’s hard to gauge what he’s going to do because at any moment he’ll get on a hot streak just as easily as he’ll go ice cold.

The Knicks also have this strange habit of playing up or down to their competition depending on the opponent. They’ve had very embarrassing losses to the likes of the Orlando Magic and amazingly inspiring wins against teams like the defending champion Milwaukee Bucks.

One of the bright spots on the team has been the continued development of the young players. Immanuel Quickley and Obi Toppin are becoming solid NBA players and have been instrumental in many of the Knicks victories as part of one of the more elite benches in the NBA. The Knicks’ bench is one of the most lethal units in the league, as they constantly come into and salvage games, making up for the lackluster effort by the starters. They can give anyone trouble as one of the highest-scoring second units in the league.

As the Knicks continue to hover around a .500 record, we’re no closer to knowing who they are. Last season, they adopted an underdog mentality that carried them to a fourth seed and their first playoff berth in eight years. This year, they’re an amalgamation of players who sometimes work and sometimes don’t with few identifiable qualities besides an overexerted bench that’s done much of the heavy lifting.

Julius Randle said it best: “We’ve got to look at ourselves in the mirror and decide what we want this season to be.” 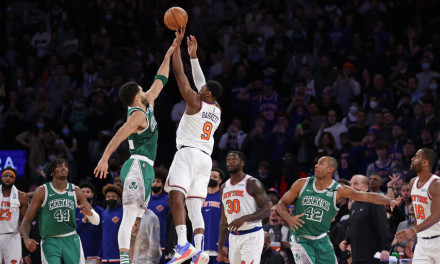 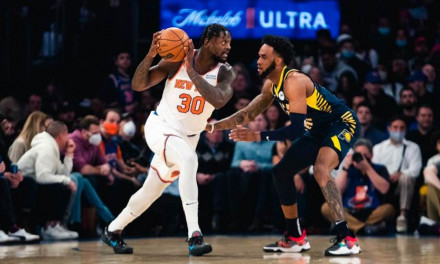