The Knicks Did Not Lose the 2019 NBA Draft Lottery 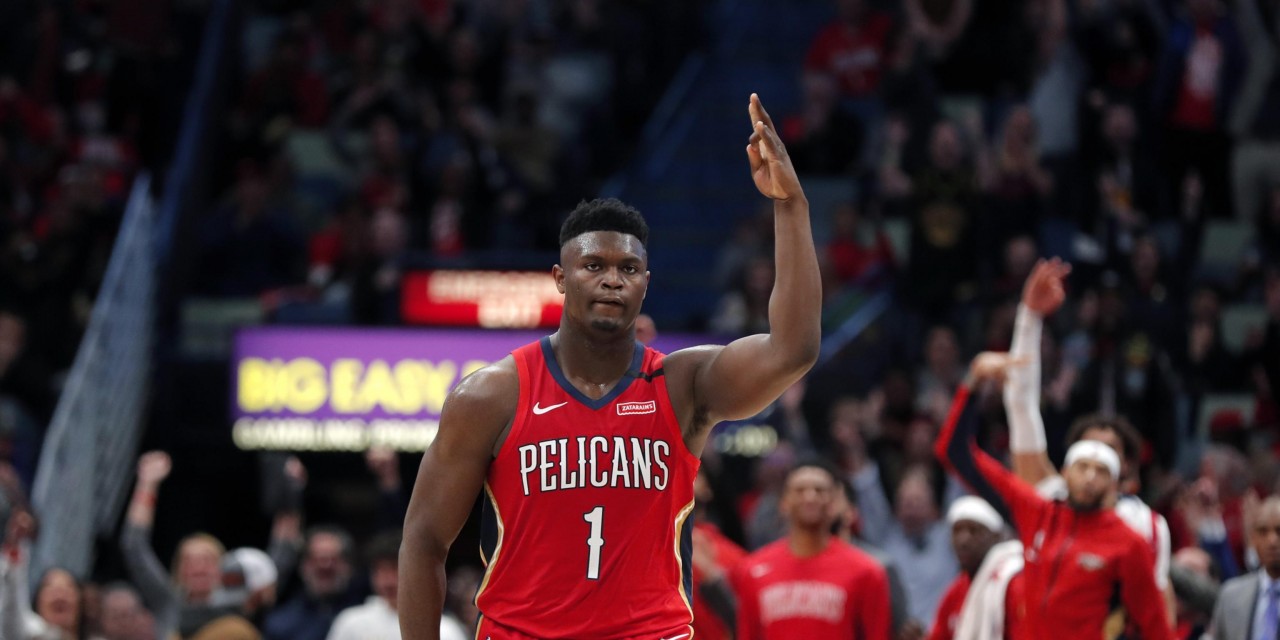 Contrary to popular belief, the Knicks did not lose last year’s NBA Draft Lottery just because they didn’t win the first overall pick.

The New York Knicks possessed the worst record at the conclusion of the 2018–19 NBA regular season. In spite of that, they did not receive the first overall pick in the 2019 draft.

That was because the NBA held their annual draft lottery in May of 2019; it was the first year of rejiggered odds, flattening the chances for the top pick for the worst teams. Unfortunately, the new odds arrived at the same time the Knicks needed a boost of generational talent.

The New Orleans Pelicans and Memphis Grizzlies, slated with the seventh- and eighth-best odds, respectively, entering the 2019 lottery, both jumped up six spots to captured the first and second overall picks. As a result, the Knicks fell back two spots from their original odds-favorite spot as the worst record and best chance to get the no. 1 pick.

In many people’s eyes—and a fair estimation—this was a loss for New York. “The Knicks lost the lottery” was a relatively popular and paraphrased headline. This was not accurate, however.

The Knicks entered the 2019 NBA Draft Lottery with the best odds to win the top pick—the same as the next two teams at the time—at 14.0%. Further, the ‘Bockers had a 40.1% chance at staying in the top three; they had a 59.9% chance to fall out of the top three. During ESPN’s broadcast of the spectacle (one that occurred in person in Secaucus, New Jersey, an inconceivable idea given the virtual nature of this year’s event), there were convenient advertisement stoppages separating several levels of picks, including one before the top four were revealed. After the fifth pick was revealed to be the Cleveland Cavaliers’, excitement bubbled over the Knicks’ chances to win the top pick. Instead, after the Los Angeles Lakers miraculously jumped up to the fourth pick and hope hit its nadir when the Knicks were announced as the third pick.

It was a tough blow after another awful season of New York basketball. There was little to no movement at the top of the 2019 draft board; Duke teammates Zion Williamson and R.J. Barrett were heavily favored to be picked at the top. Murray State phenom point guard Ja Morant had a crazy good year at a mid-major program. After Williamson and Morant, would Barrett or a wildcard hold up with the coveted three spot?

Well, after Morant’s awesome debut season (likely en route to Rookie of the Year honors) and Williamson looking like the real deal in his healthy moments, it feels like an ‘L’ that the Knicks get stuck with Barrett, who still had great moments in his first season and has only up to go.

It wasn’t a loss, though. The Knicks did not lose the 2019 lottery for the very mathematical reason that they held on to their top-three picks despite the odds. In other words, New York beat the odds and earned a better pick that what was forecasted.

The Knicks will have to rebuild with Barrett under their wing instead of Morant or Williamson. But the rebuild doesn’t end with their third overall selection from last year’s draft. Thursday determines where their own first-round pick in the lottery lands—ranging from one to 10, most seven or six. That doesn’t determine the franchise’s future either, though. They possess the Los Angeles Clippers’ first-round pick (no. 27) and the Charlotte Hornets’ second-round selection (no. 38). Who they select at those spots, or instead, possibly trade using those picks, will point to the direction of the organization.

Tomorrow the Knicks will learn of the fate of their top pick (high enough for LaMelo Ball? Low enough to still snag Devin Vassell?), but the fate of the franchise is not sealed by “winning” the lottery or not. The Knicks didn’t win the 2019 draft lottery, but they didn’t lose it. There is more work to do after simply determining one pick’s position.

»READ: Everything you need to know about the NBA Draft Lottery, Knicks odds