The Knicks Must Choose: A Star Or Development 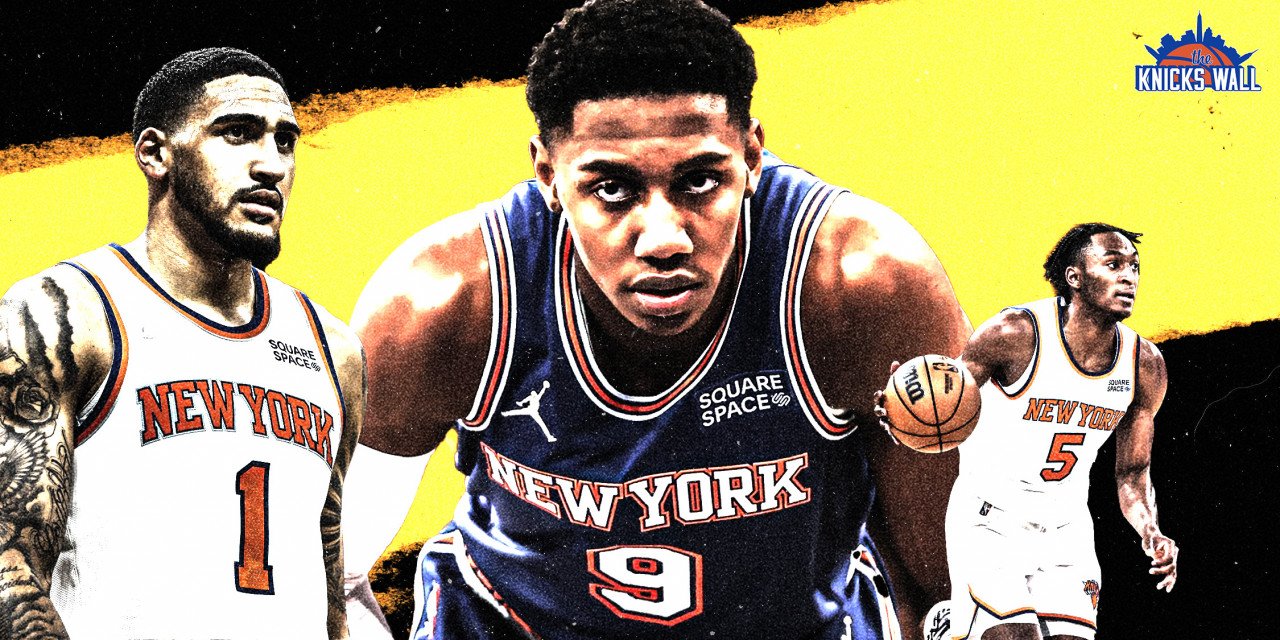 Now that star chasing looks to be over, do the Knicks finally commit to the development of their younger players?


Now that the Donovan Mitchell trade saga is over and people have digested it and gone through the grieving process – or not, it’s time to take a look at how this all went down. While this doesn’t make or break the Knicks going forward, it is certainly an embarrassingly bad look for this front office, which has been touted for having connections and getting things done; they amassed a number of tradable assets for this specific situation: getting the star player. But, the more details that emerge on the deal that was not make New York’s decision-making during the process look questionable.

(Note that with how secretive the Knicks organization is with the media and how selective they are with what’s known, we may never know what’s real and what’s not so all we can do is look at what’s been made public.)

First, the Knicks were in talks with the Jazz basically all summer. Negotiations would stall and pick back up again but one thing that was constant was the narrative that in the end Utah and New York would eventually bridge the gap and come to an agreement. There were many rumored packages but for some reason or another, the teams could agree on anything. New York would present and offer Utah would decline and vice versa. Knicks brass was outwardly brash about who they were after in the summer, they went as far as sending William Wesley to a first-round playoff game between the Dallas Mavericks and Utah Jazz to “scout” Jalen Brunson, who they successfully signed, and Donovan Mitchell, who they obviously didn’t.

The Knicks were left with egg on their face when the Cleveland Cavaliers swooped in and met Utah’s demands to acquire Mitchell, a player many believed was New York’s to lose. It made all the sense in the world. New York is filled with former members of the Jazz organization from the front office to the coaching staff, yet none of those folks were involved in negotiations. Instead, Leon deputized a consultant and former Minnesota President of basketball operations, Gerrson Rosas to lead trade discussions. Why wasn’t Scott Perry spearheading negotiations? Traditionally that would be his role as the team’s general manager. According to reports Rosas was authorized to offer, in various trade scenarios, the likes of RJ Barrett, Immanuel Quickley, Obi Toppin, Mitchell Robinson, and a plethora of other assets and players Utah would ultimately reject. When deals involving Barrett and Robinson could not be reached New York signed those players to long-term extensions. While many praised Leon for his tough negotiation tactics against a known shrewd operator like Danny Ainge, it was later relieved that neither of them were involved in those talks.

Donovan Mitchell wasn’t going to propel the Knicks into contention and the Knicks possibly dodged a bullet by not paying the hefty price to acquire him. But, that has less to do with New York and more with Utah not being impressed with any of those supposedly offered packages. One rumored trade included Barrett, Toppin, Robinson, and three unprotected first-round picks which Utah declined. It seems that New York over-valued their assets and Utah may have saved the Knicks from themselves by rejecting what would’ve been an onerous price to pay on the part of the Knicks. There were conflicting reports on this specific deal, however, some said Utah asked for this type of deal while others say New York offered. Whatever report is accurate it seems contradictory to what the Knicks are trying to do. Which is to supposedly develop and supplement the young talent they already have.

New York has avoided trading for other “lower-tier” stars already this year. The Knicks stood pat at the trade deadline and forwent trading for players like De’Aaron Fox and Tyrese Haliburton when the Kings were exploring trades. When Dejounte Murray become available earlier this summer New York didn’t even involve themselves in trade talks with the Spurs; Murray would end up being dealt to the Hawks.  They also traded back in this year’s draft to acquire more draft capital during a wild draft night after many attempts of trying to trade for the draft rights to the then highly coveted Purdue point guard Jaden Ivey who would end up on the Detroit Pistons. After firmly putting themselves in the driver’s seat, or so we thought, to acquire a star like Donovan Mitchell and failing to do so it’s hard to see in what direction this front office pivots. Where is the next disgruntled star coming from? The Knicks missed a rare opportunity to acquire an elite offensive player that’s young and under control because they refused to relinquish the required draft compensation to do so. What will New York do with all this draft capital they refused to trade? It’s impossible for them to draft and keep all future assets. So what is the plan? Do they continue to kick the proverbial can down the road and wait for the next star to want out? How do they determine if that next guy is worth it? If the GM or President isn’t part of negotiations, who is making the decisions on what’s available or not? It seems like there are too many cooks in the kitchen in New York and too many conflicting ideas.

In the midst of all this, there were always rumblings that New York’s front office was split on going after Donovan Mitchell. If there is any chance that the reported original trade is true it seems like the Knicks were aiming for yet another quick fix and abandoning the development of younger players to bring Mitchell. Lost in all of this is head coach Tom Thibodeau’s desire to “win now”. Last season Thibodeau mostly ignored the development of his younger players in favor of playing veterans to win games, a strategy that backfired. Now, with many of his trusty vets gone he may have no choice but to play the up-and-comers. Coach Thibodeau is 64 years old and entering the third year of his 5-year contract with New York. His chance at winning is running out and the Knicks are no closer to real contention. He’s obviously well respected in the organization and his opinion matters. Is the front office willing to mortgage the future for an aging coach’s unrealistic desires in what is likely his final NBA job?

The public perception was that RJ Barrett was untouchable in trade talks and the plan was for the Knicks to build around him. These failed negotiations with Utah have shown otherwise, it seems Barrett was offered plenty of times. There seems to have been a division within the Knicks as to which direction to take the team. Now that Barrett has signed long-term it looks like they chose to build with the young player, albeit, after trying to get rid of them first. The question is how long does that last? Do the Knicks abandon that plan once another shiny object becomes attainable again? Only time will tell.

»Read: Checking In On The EuroBasket Knicks