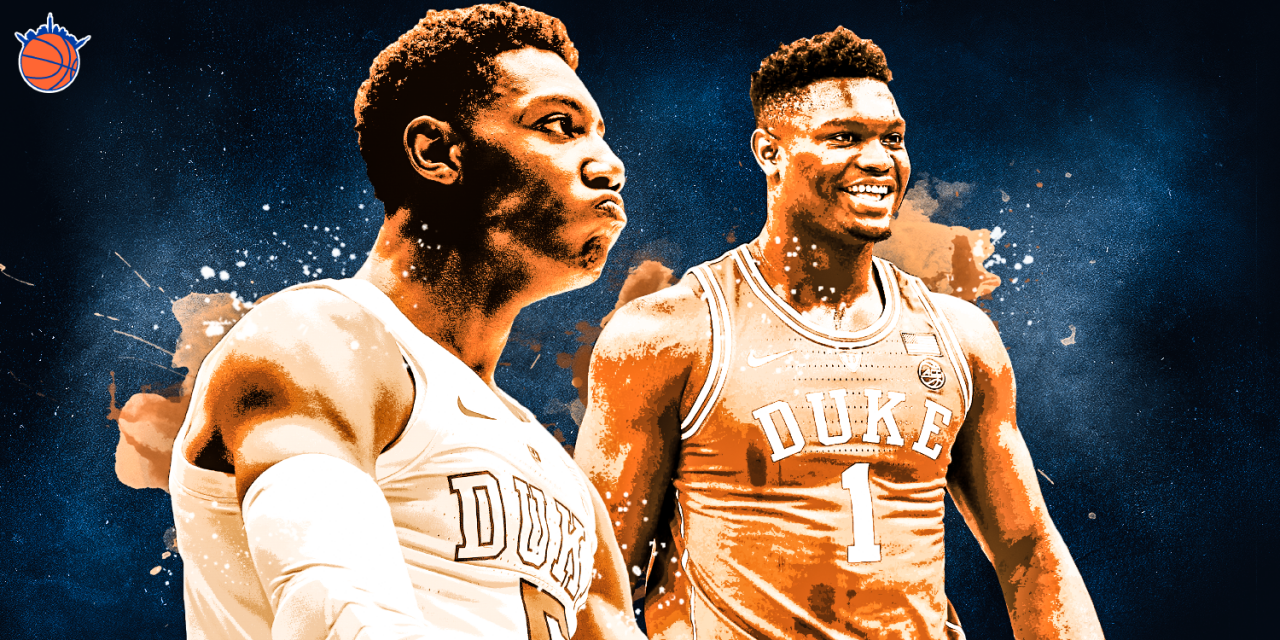 Mike Cortez’s Knicks Draft Board returns with an update on the performances of some of the NCAA’s brightest prospects, including Duke’s Zion Williamson and R.J. Barrett.

What a difference two weeks can make. In the first edition of our board, the Knicks had, at the bare minimum, Kristaps Porzingis to tout as the face of the franchise if all else failed. That safety net no longer exists.

Porzingis is now gone, as is Tim Hardaway Jr. who, regardless what side of the fence you were on with him, was the team’s leading scorer. The addition of Dennis Smith Jr. has gone better than even skeptics could have expected.

The problem is the Knicks can no longer score, posting a grotesque 100.5 Offensive Rating over their last 15 games.

As we move forward, the team’s needs have changed drastically. They may have satisfied the playmaker need with Smith Jr. Now they need a new face of the franchise, or at the very least, a new top scorer. Kevin Durant may be that guy, but until he actually signs on the dotted line he is nothing more than a rumor.

Fans know firsthand that free agency dreaming can go awry quickly. If they enter next season with no Porzingis, no Durant, no Kyrie Irving, and no young superstar, I will start using an icepick as a Q-tip.

The front office’s MyGM roster breakdown now puts them in the endgame. We are rapidly approaching “Zion or bust” territory. The Knicks cannot enter next season with Kevin Knox as their top gun on offense. Knox still has some maturing to do, but he has proven to be much more useful when the pace picks up.

Knox isn’t the only one who benefits from running and gunning. The best stretch of the Knicks’ season came during a five-minute stretch against the Raptors. Fizdale went small with Mario Hezonja at the 4, and Smith Jr. running the show. The result was a 14-0 run, and most importantly—watchable basketball. Knox was a completely different player.

The good news: the top of the draft has capable marksmen. Even better news: the team continues to be historically bad. The Knicks have yet to win a game since our first board and are now 10-46—on pace to be the worst team in franchise history.

Their historic ineptitude could very well be the origin to the new golden era for the franchise. Netting Zion after a such an atrocious season is the exemplifies the old saying, “it’s always darkest before dawn.”

Let’s take a look at our updated shining lights.

There is not much left to talk about with Zion. He has reached can’t miss territory, yet continues to dazzle us with jaw-dropping highlights.

To get a sense of how dominant Zion has been, please see below.

The one hole in his game continues to be his spot-up jumper. While he works to refine his jumper, he’s busy being the evolutionary big. In our first edition I jokingly suggested he was Draymond Green exposed to gamma radiation. The more I watch him, the more I realize it might be an accurate description.

He would instantly be the new face of the franchise and the greatest asset in Scott Perry’s refurbished war chest. Perry can dangle Zion to the Pelicans for Anthony Davis, or build his whole free agency pitch to Kevin Durant and Kyrie Irving around forming a big three. Remember, Zion said it would be dope to play with KD and Kyrie in New York.

In the event Durant was to come to NYC, he would likely want to build a team using the Warriors’ skeleton. LeBron followed a similar plan when he returned to Cleveland, adding Kevin Love to become the new Chris Bosh. Zion can be Durant’s next-gen Draymond.

In the event Durant does not come, Zion is still the perfect building block for today’s league. He is a demon in transition for obvious reasons. As we talked about in the intro, this team has to play fast. Zion can be the point center for a team that races up and down the floor.

The two teams the Knicks should be planning to dethrone are the Bucks and Warriors. Zion’s strength makes him a worthy opponent to bang with Giannis, and his close out on threes could make him a terror for the Splash Brothers.

Take a moment and bask in our future.

Okay, so what should be the plan if the Knicks are once again screwed by the lottery? The need for a point guard has lessened significantly, but the thirst for a star remains. This is where R.J. Barrett can step in as the new savior.

Barrett gets all the hate that was originally intended for Zion. No top prospect is nitpicked like Barrett is for his gunner mentality. There is no doubt he loves to shoot (18.7 field goal attempts per game), but he is an iron man for Duke, averaging 33.6 minutes per game.

Barrett’s alpha mentality (or Mamba mentality) remains his greatest characteristic, and something the Knicks need even more now. Every game he has played against a top tier opponent has brought the best out of him.

His most recent showing against Virginia was a nice hush to his doubters.

His 26-point performance gives him 56 points against the best defense in college basketball in two games. Barrett’s jumper was flowing and he was his usual self in transition. Once that jumper becomes consistent, we will all feel like fools for thinking there was a problem to begin with.

Barrett can now slide right into the starting two-guard from day one. He can play the up-tempo basketball the team should be playing, but can also survive in the halfcourt with the right personnel. He has the professional pedigree to entice Kyrie or Durant into forming a big three of their own, should both come in July.

Lastly, if you are searching for some Durant tea leaves, Barrett’s godfather happens to be one of Durant’s closest friends, Steve Nash. Nash would be just the guy not only to sell Durant on his godson, but to get these two in the gym.

Cam Reddish will always pale in comparison to his superstar teammates, but he is a blue chipper in his own right. Reddish has started to shake the shooting slump that plagued him most of December and January when he shot 25.6 percent from three and 28.6 percent from the floor.

The cause behind Reddish’s struggles was confusing. He has had the floor time (27.5 minutes per game) and shot attempts (11.7 per game), but his shot just didn’t seem to fall. Whatever the root was, it’s over. The St. John’s slaughter seemed to put him back on track; he scored all 16 of his points from three and free throw line.

He had a repeat effort from three the very next game, but added some inside scoring in an efficient 24-point performance—his best since the Florida State game.

A potential overlap, both in personality and playing style, with Kevin Knox is what kept me bearish on Reddish in the first board, and that concern still remains. What brings me hope is unlike Knox, Reddish can play defense.

He has a sterling 89.2 Defensive Rating this season, and uses every inch of his 7-foot-1 wingspan, averaging 2.1 steals per game. The recent success of Mario Hezonja at the 4 has opened up the door for someone with Reddish’s skill set and size to play the four from day one.

Obviously the Knicks want a transcendent star like Zion or R.J. as a reward for being historically bad. Reddish might not fit that bill.

Romeo Langford holds steady, even with the arrival of Dennis Smith Jr., thanks to his scoring prowess. As mentioned in the intro, the Knicks have had trouble scoring the ball. If there is one thing you can feel certain about with Romeo, it’s that he can score.

Should the Knicks slide below the top three, the Knicks should look for a scorer with the highest possible ceiling. The departures of Porzingis and Hardaway Jr. left the team without a top scoring threat. Romeo already shoulders the scoring load for the Hoosiers, and so far he has held steady.

Romeo remains a steady scorer for the Hoosiers (20.3 points last three games), and has had a recent hot streak from deep, shooting 42.1 percent in that span, on 6.3 attempts per game.

Is volume the solution to his three-point woes? Maybe. Playing alongside DSJ, he will have ample opportunities to get his shot off. At Indiana, he hasn’t had the luxury of playing with another dynamic scorer.

Paired with Smith Jr., he can thrive on cuts to the rim, or lead the second unit where he can have the ball in his hands. Operating at a faster pace, in considerably more space, could be just the thing to unlock his next level.

Keeping with the theme of bucket getters, the largest rise belongs to Texas Tech’s lead man, Jarrett Culver. Returning for a sophomore season had paid off as he just about solidified a spot in the top-five status of this class.

Culver is the top gun for Texas Tech’s offense, and producing 20.2 points a night, to go along with 6.3 rebounds, and 3.7 assists. Similar to Langford, Culver is at his best inside the arc. What kept Culver off the original board was the need for a playmaker versus a pure scorer. That has now changed.

The difference between he and Langford is marginal. What knocks Culver down a notch is the less promising outlook on his jumper. A good measuring stick for shooting is free throw percentage, and Culver’s 67.5 percent does not put any concerns about his shot to rest.

He has had moments where you forget he even has shooting concerns aside. His showing out at the Garden versus Duke is a prime example. This game would be required viewing to gauge Culver’s upside should he end up in New York.

Culver, like Langford, has the skill-set to play in an uptempo offense alongside DSJ, Knox, and Mitchell Robinson. His experience at Texas Tech also makes him a solid choice to run the second unit, where he can have the ball in his hands more often. Flip a coin if you must decide between Romeo or Culver—either outcome should produce similar results.

This one hurts. Ja Morant remains my second-favorite prospect, but the arrival of Dennis Smith Jr., and the growing possibility of Kyrie Irving leaving Boston for New York, pushes the need for a lead guard way down the list. If he is available, the Knicks should also have the option to choose one of the Duke boys, who fill a bigger need.

Having said that, if the Knicks were to fall to three or four in the draft order and Ja were there, how can you not take him? He has continued to dazzle for Murray State, averaging 23.3 points, 8.3 assists, and 2.3 steals per game since we last checked in on him. His popularity has also seen a bump.

After Zion, he is the most Instagram-friendly player, and his growing reputation as a basketball genius makes him too enticing to pass up.

Even with DSJ on the roster, could the Knicks try to go dual point guards? Morant’s playing style makes him an easy match with anyone. Smith Jr. could be the score-first option, with Morant working on the ball. It is possible, but a pair of 6-foot-3 guys isn’t exactly the position-less dream.

If the Knicks do end up with Ja, it should be with the intent to package him for trade, or mean Smith Jr. is on the move. Morant’s best assist for the Knicks could be netting them a player like Bradley Beal.

The Draft Board will return for March Madness… 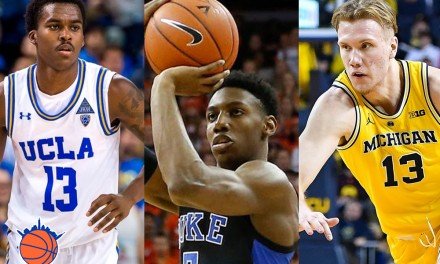 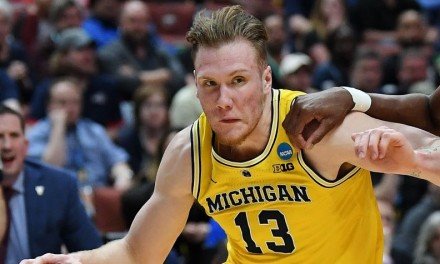 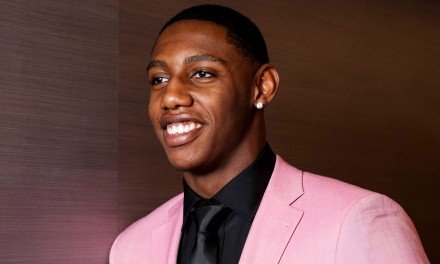