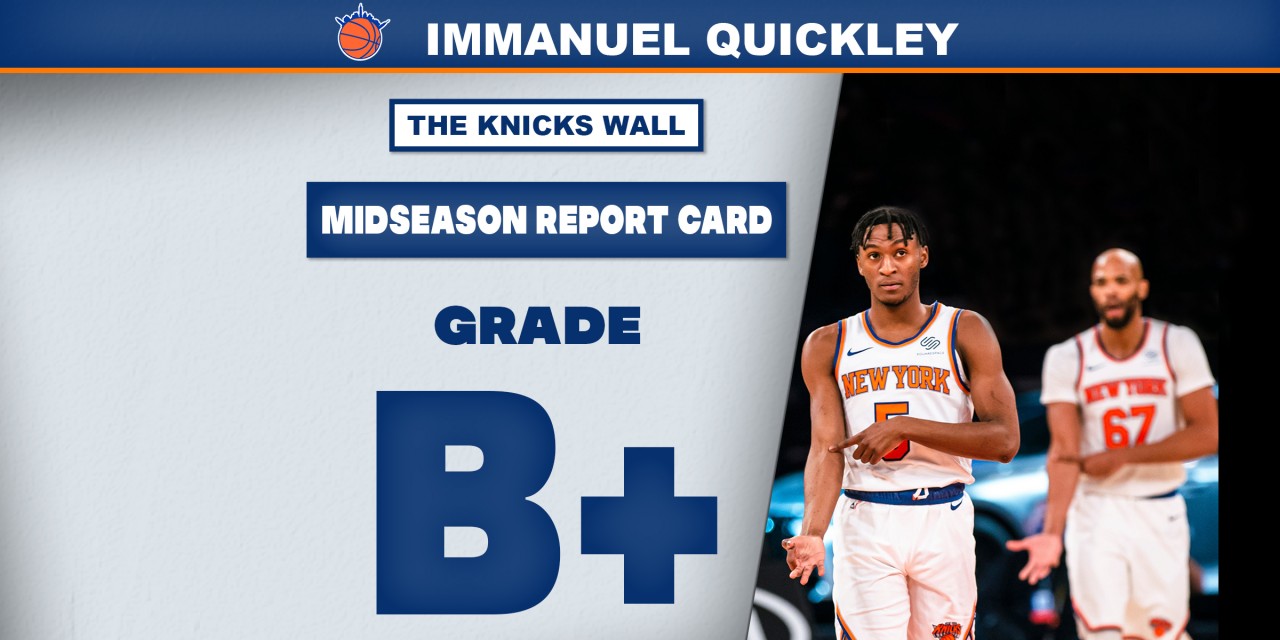 The NBA season has officially reached the halfway point, so The Knicks Wall Podcast crew grades the entire roster and the coaching staff.

Through 37 games, the New York Knicks are 19-18. Players like Julius Randle and R.J. Barrett have taken massive leaps in productivity this year, rookie Immanuel Quickley has shown he wasn’t worthy of that D+ draft grade by CBS Sports, plus Nerlens Noel, Frank Ntilikina, Derrick Rose, and Theo Pinson get the credit they deserve.

Once again we have The Knicks Wall’s Kyle Maggio, Mike Cortez, Shaun Geddes, and Quentin Haynes breaking down the first half of this shortened NBA season.

Give the podcast a listen to get the full report card.

The second half of the 2020–21 season begins for the Knicks on Thursday night in Milwaukee as they take on two-time NBA MVP Giannis Antetokounmpo the Bucks at 8:00 p.m. ET.