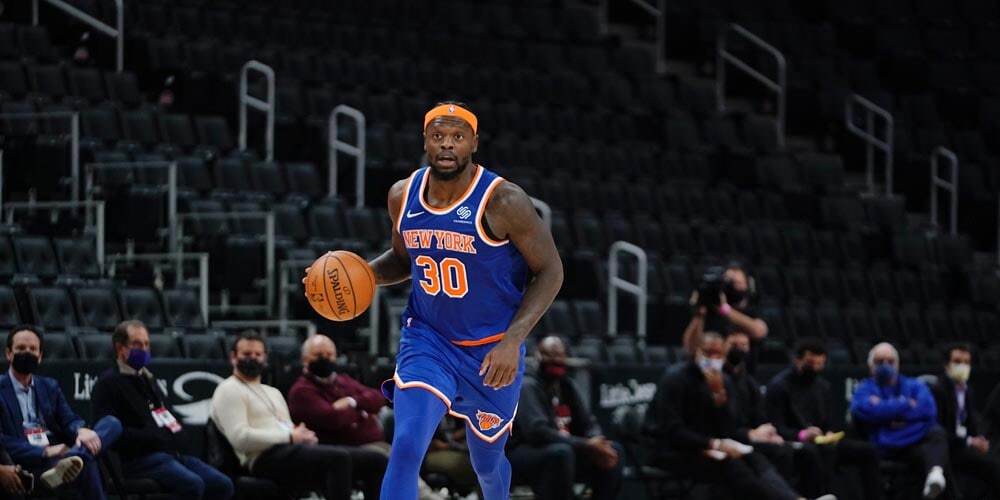 For how long is Julius Randle hanging around? Will Elfrid Payton start forever? The Knicks Wall Podcast preview the 2020–21 season.

Julius Randle still being here was the main topic to start, mainly because it could mean Obi Toppin playing out of position at the 3, but that was just the tip of the iceberg. No Knicks on Christmas Day, R.J. Barrett’s leap, major trades on the horizon, Immanuel Quickley finding minutes as a rookie, and the infamous City Edition jerseys were all covered in a jam-packed edition.

The Knicks Wall Podcast crew plus staff writer Quentin Haynes discuss numerous storylines heading into the 2020–21 NBA season, which will be the first under new head coach Tom Thibodeau and the first full season for team president Leon Rose. R.J. Barrett looks to be a Most Improved Player candidate in his sophomore campaign while guys like Dennis Smith Jr. and Frank Ntilikina look to get a grip both on the Knicks and on an NBA roster.

Randle is also a flashpoint for many discussing the Knicks, as the NBA vet takes up room with incoming rookie power forward Obi Toppin looking to earn his role in New York.

Listen to the crew dissect the upcoming season for the Knicks.

»READ: Knicks opening night rotation: who will get the call?