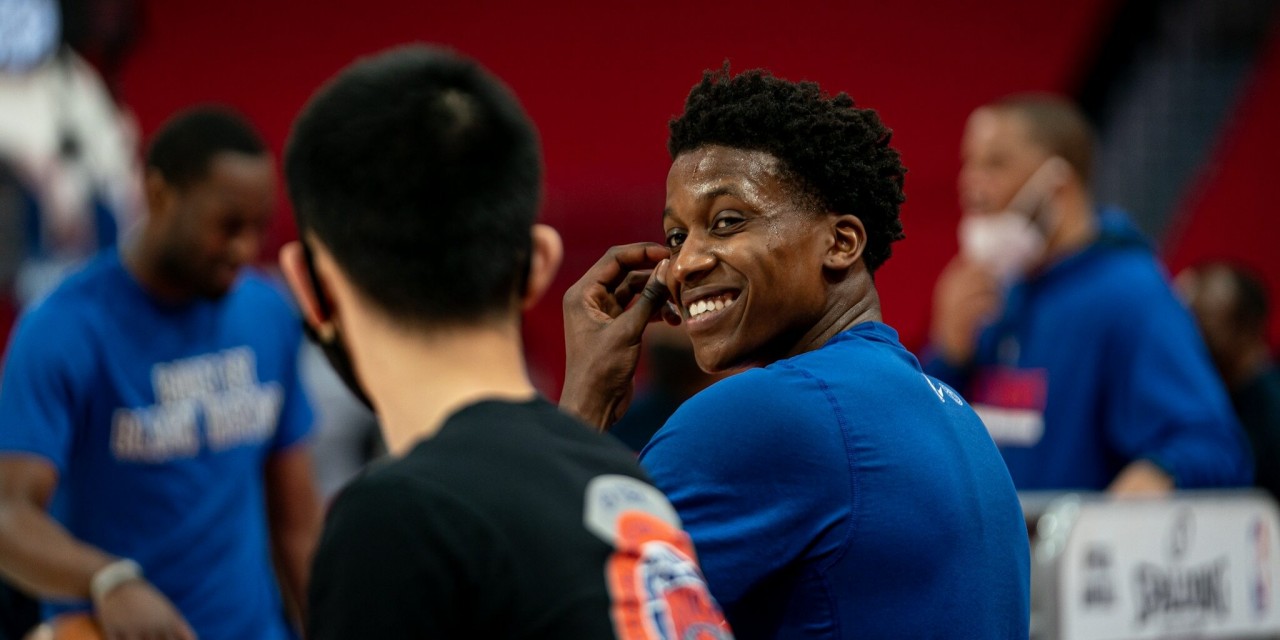 The Knicks cruised to their 18th victory in 35 games on Sunday, meaning they are over .500 this late into the season. The podcast crew celebrates.

What a time to be a fan of the New York Knicks.

The team is over .500 and fourth in the Eastern Conference, not to mention that they are also the second-best defense in the league. Julius Randle was named to his first All-Star team, giving the Knicks their first representative in three seasons. R.J. Barrett has been quietly good from three-point land. Obi Toppin is headlining the dunk contest. Even Frank Ntilikina resurfaced in the absence of Elfrid Payton.

As you can see, there is a lot to be happy about. Kyle Maggio, Mike Cortez, and Shaun Geddes cover all that and more, plus some mailbag questions in a good vibes episode.

The Knicks Wall Podcast trio recaps the latest win and three-game winning streak ahead of the Spurs matchup on Tuesday along with inevitable talk about Payton and Frank Ntilikina, Reggie Bullock, Randle, Barrett, and more.

»READ: A Bradley Beal trade would make or break the Knicks