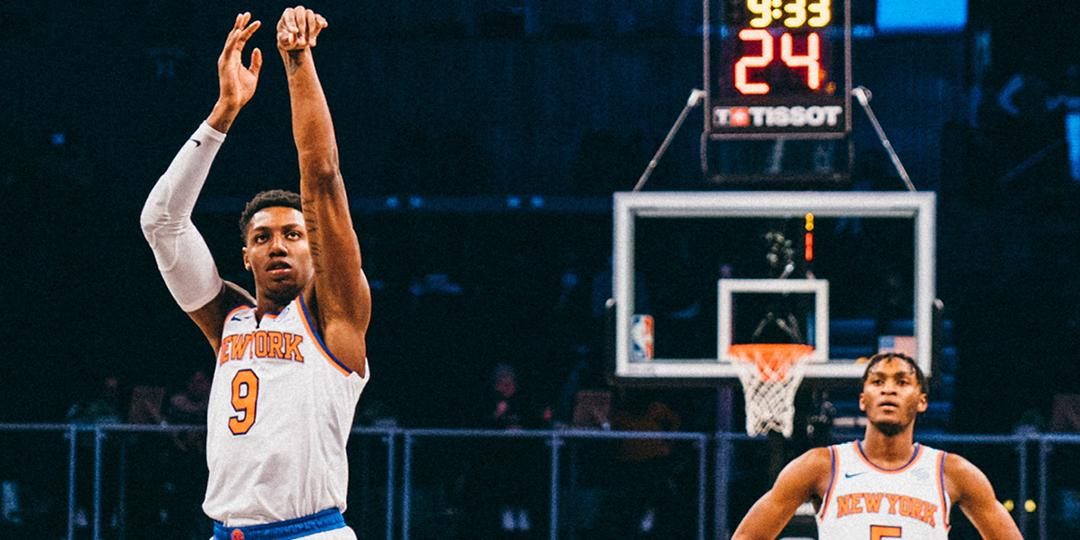 The Knicks Wall Podcast crew dives into two tough meetups for New York and RJ Barrett growing into a force to be reckoned with.

The New York Knicks incurred tough losses against two Eastern Conference powerhouses, the Brooklyn Nets and the Philadelphia 76ers. Are moral victories a thing here? If so, we’ve had two of them this week.

Kyle Maggio is here and he’s TIRED from running the R.J. Barrett victory lap. Very exhausted. Mike Cortez, Quentin Haynes, and Eli Cohen are on the podcast today t00, breaking down those games and the strong performances from Barrett, Randle, and Quickley. The guys talked about potential trade deadline moves, and what a move for Lonzo Ball would look like. Force a trade? Wait until the offseason? Give this episode a listen to find out our takes.

The Knicks are back to it tonight taking on the Orlando Magic, and they have the Sixers again this Sunday.

»READ: Trading for Lonzo Ball would help in many ways for New York