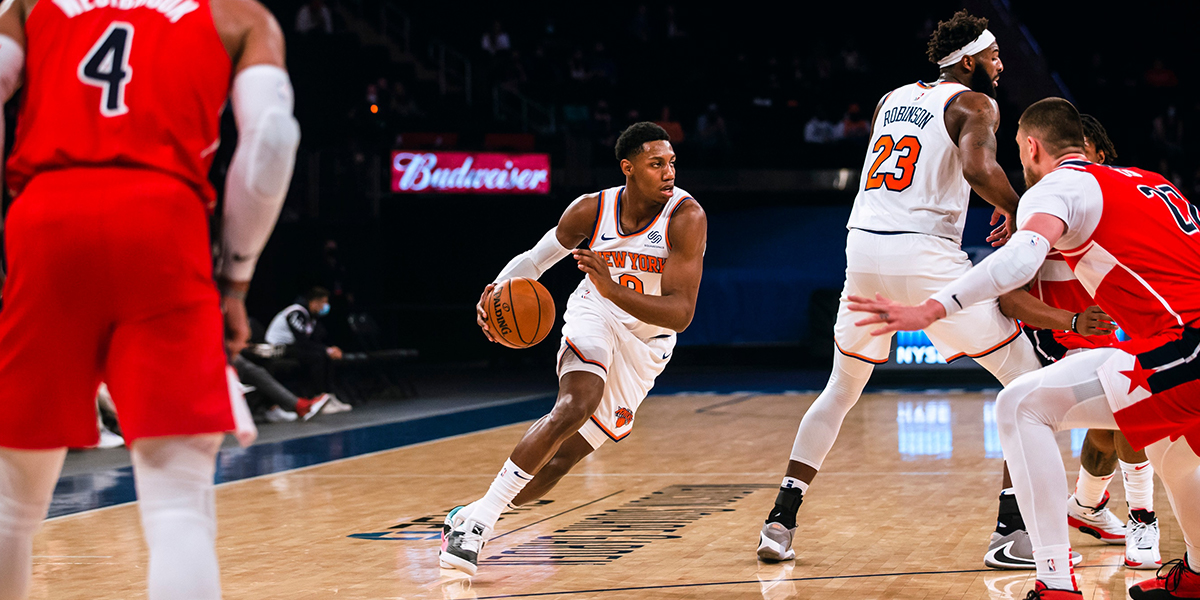 RJ Barrett put the team on his back in a big comeback win over the Wizards. The Knicks Wall Podcast dives into that plus the NBA trade deadline and mailbag questions.

R.J. Barrett had an “off night” last night, but he still managed to put up a monster stat line with 24 points, 10 rebounds, five assists, and three steals, pushing the Knicks to a massive fourth-quarter comeback. Don’t forget—he’s only 20 years old.

Kyle Maggio, Shaun Geddes, Quentin Haynes, and Sam DiGiovanni are here to discuss Barrett’s big night and the trade deadline, Lonzo Ball, Andre Drummond, and a few mailbag questions to close it out.

The Knicks came back to overcome a 17-point deficit to the Wizards on Thursday night to win back-to-back games over D.C. along with the three-game season sweep against the Southeast Division franchise. Despite starting off slow, like his teammates, Barrett stepped up and delivered a huge fourth-quarter alongside Julius Randle.

The Knicks face off against the Bucks in Milwaukee on Saturday night.