The New York Knicks Will Regret Not Trading Marcus Morris 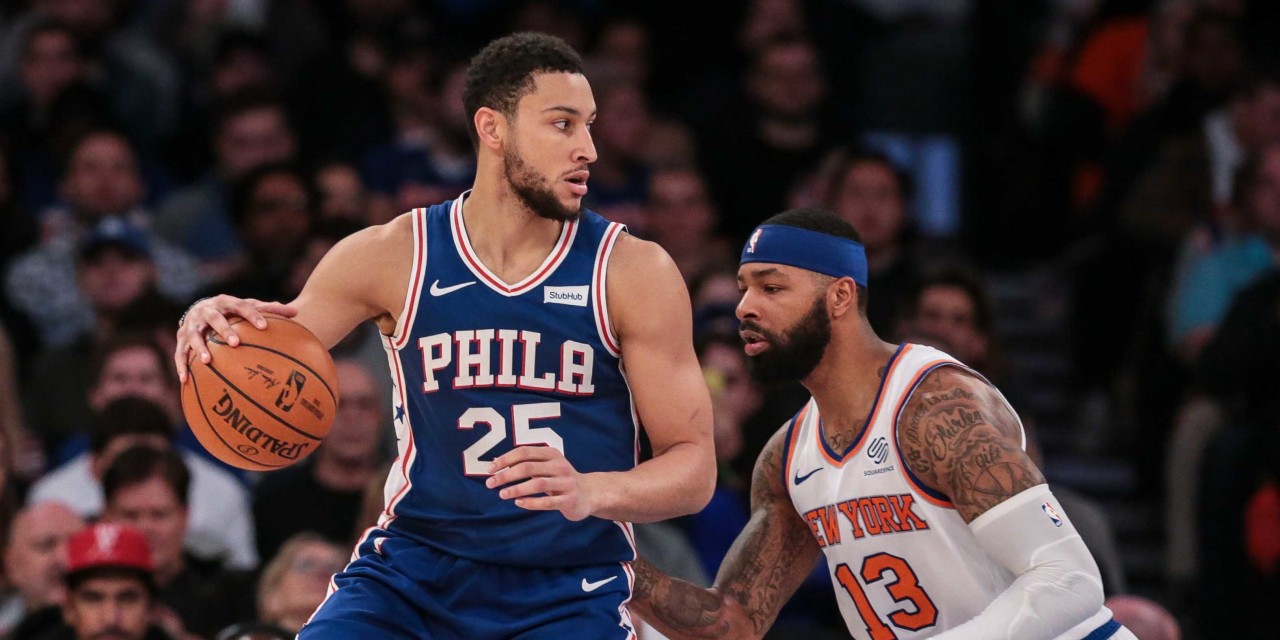 Marcus Morris could net the Knicks as much as a first-round pick in a future draft. Should they entertain keeping the veteran forward?

Despite New York having the third-worst record in the league at 10-26 and multiple postseason contenders interested in acquiring him, Morris doesn’t want to go anywhere. Per the New York Post‘s Marc Berman, Morris is determined to remain a Knick despite the team’s pitiful performance this season.

“I’m a vet in this game. That s–t doesn’t bother me anymore. Rumors are rumors. Look, I told you before I’m in New York and love being here. I’m excited to help to turn this around. I’m not paying that any mind. I’m focused on what we got going on in this locker room.’’

Berman reported that the L.A. Clippers are interested in Morris even after he declined a three-year, $41 million from them in the summer. The Philadelphia 76ers, Morris’ hometown team, are also interested in acquiring him.

Morris declined the Clippers’ offer and reneged on a two-year, $20 million deal with the San Antonio Spurs to sign a one-year contract worth $15-million with the Knicks. Part of this reason was likely to be closer to his family, as Morris told The Athletic’s Shams Charania that being in New York allows him to see his family. “Playing close to home, being from Philly, I get to see my family a lot,” Morris said.

Another reason might have been the role each team had to offer. L.A. and San Antonio both entered the season with former All-Stars in place and a clear identity, meaning Morris most likely wouldn’t be a premier player.

New York still had a lot to figure out before the season and still does as the season progresses. Julius Randle and Morris have emerged as the team’s offensive centerpieces. They rank first and fourth, respectively, on the team in touches per game, per NBA Stats.

Morris is often the first option in crunch time. He averages 0.394 points per touch, a very efficient rate. Across the whole league, he ranks 27th in total points in the clutch and 38th in points per game in clutch minutes. He’s shooting 54.5% from beyond the arc (6-of-11 shooting) in the clutch.

Morris has repeatedly said how much he loves being in New York, but is it possible that Morris is in love with the situation the Knicks have given him, not the New York Knicks organization? Regardless of its location, is a franchise on its fifth head coach since 2015 really that attractive?

Sunday afternoon’s game against the Clippers was a prime example of Morris’ huge role on the team. Morris had a career-high 38 points on 13-for-19 field goal shooting and echoed his desire to remain with the Knicks after the game.

"I want to be here long term"

This is the first time in Morris’ career that he’s a top option. It’s his first time being a team’s leading scorer and a go-to player down the stretch of close games. He’s talked nice about the front office that has afforded him this opportunity plenty of times.

Despite how much Morris raves about wanting to be a Knick, it is in New York’s best interest to trade him.

New York is not winning a championship this year. A mere playoff birth would be miraculous. It’s a rebuilding team, so the only purpose high-usage vets like Morris serve is mentorship and squeaking out wins that worsen draft lottery odds.

Morris’ toughness is an asset, but at this point in the season, his talents are being wasted. When a player of Morris’ caliber and age are on an expiring contract and you are a rebuilding team, you look to trade him to a contender every day and twice on Sunday.

New York has failed to sell high on their vets in the past. Kyle O’Quinn was a productive big man that came off the bench and had a $4 million contract. Several teams were reportedly interested in trading for him in 2017, but the Knicks didn’t move him. O’Quinn ended up leaving via free agency in the summer of 2018.

The Knicks repeated the same mistake with Noah Vonleh, who walked after one season with the Knicks. He was on a one-year, minimum contract and several teams, including the Denver Nuggets, were interested in acquiring him.

The only instance the Knicks traded a veteran at the deadline is in 2018 when they sent out 26-year-old Doug McDermott in a three-team trade that netted them 21-year-old point guard Emmanuel Mudiay. They ended up botching that situation, though.

New York (namely former head coach David Fizdale) looked to develop Mudiay over 20-year-old point guard Frank Ntilikina, brought in a third young point guard in Dennis Smith Jr. from the Kristaps Porzingis trade, gave Mudiay more starts than either of them and then didn’t re-sign him in the offseason. Mudiay wasn’t worth resigning, but the smart decision would have been to move him and prioritize Ntilikina and Smith.

Meanwhile, there are plenty of examples of other rebuilding teams acquiring valuable assets that helped them when they became playoff teams at the trade deadline in exchange for veterans on expiring contracts.

In 2012, the Golden State Warriors traded their leading scorer, Monta Ellis, at the deadline. This deal netted them one of the starters on the 2015 championship team in Andrew Bogut and opened up more playing time for then-rookie Klay Thompson. In 2017, the Brooklyn Nets traded Bojan Bogdanovic for a first-round pick that became Jarrett Allen, their current starting center.

The speculation around Morris is that the Knicks could receive a first-round pick for him. Even if the only asset in the best trade package available is a late first-rounder, the Knicks should make the deal. A draft pick—in either round—is worth more to a rebuilding team than a 30-year-old on an expiring contract.

New York, though, seems to be caught up on Morris’ leadership and thinks he has “long-term value” on the team, per SNY’s Ian Begley.

Another factor in any Morris deal? Some members of the Knicks organization believe Morris has long-term value with the club, SNY sources say. They have been impressed by his play and his leadership during the season and see him as a valuable player in the team they’re hoping to rebuild.

Leadership, especially on a young team like the Knicks, is important, but it should never be the reason for making a vet untouchable. Morris isn’t the only veteran leader on the team. An actual asset (young player or a draft pick) would benefit the Knicks much more than Morris’ leadership.

Morris’ mantra of wanting to stay a Knick in the midst of a rebuild should not make him untouchable. No amount of “I wanna be here” talk will make New York a more talented team. If Knicks brass gets caught up in Morris’ sweet talk, they’ll forfeit the chance to add a quality asset(s) to their rebuild. 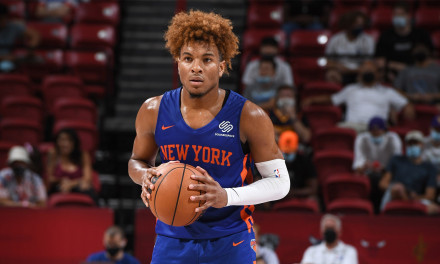 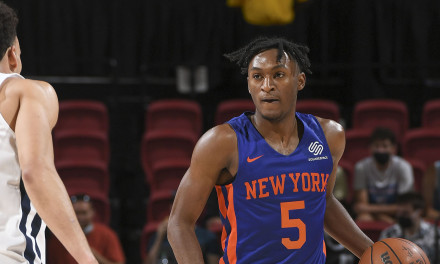