Three Knicks Who Could Make the 2020 NBA All-Star Game 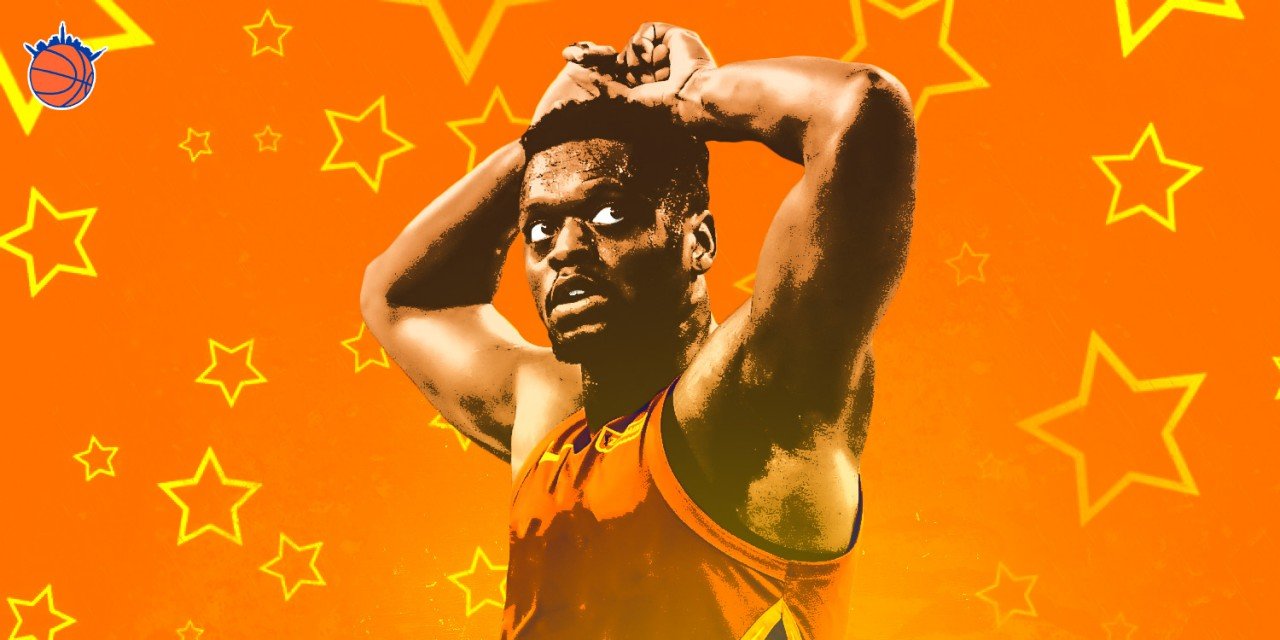 At first glance, the Knicks aren’t primed with top talent in the NBA, but there’s still a chance one of these players could make next year’s All-Star Game.

The NBA All-Star Game offers many different jump-off points for discussion. It’s supposed to be an honor to denote one’s status in the league. A young player making the All-Star Game is to suggest his potential superstardom one day, while it offers a certain status for long-time stalwarts of the league, even as their game erodes.

Despite keeping some of the league’s best in the game, the Eastern Conference has constantly been a revolving door for first-time All-Stars. Last season was no different, as the East sent four players to the game for the first time.

Could the Knicks take advantage of some players leaving the conference and have an ambassador to the 2019 All-Star game?

At first glance, four spots appear available for next season’s game. Kawhi Leonard and D’Angelo Russell have made moves across conferences, heading to the Los Angeles Clippers and Golden State Warriors, respectively. Victor Oladipo is dealing with a ruptured quad tendon, and Dwyane Wade retired.

And that’s before considering first-time All-Stars Khris Middleton and Nikola Vucevic and their chances of making it back again.

Now, let’s take a look at the three players on the New York Knicks. All three have an outside shot of making it to All-Star Weekend, but the most intriguing part is that all three players have different pathways to making the game.

New York’s headline offseason addition, Julius Randle, also doubles as the player with the best chance to make the All-Star Game in 2019–20.

Things are looking up for the former Kentucky Wildcat. Last season, Randle took another step forward as a player, averaging 21.4 points, 8.7 rebounds, and 3.1 assists. Outside of playing one game as a rookie before a freak leg injury, Randle has continued to improve his game in each of the last four seasons.

Now, entering his age-25 season, Randle has a chance to assume the role as the lead offensive player on the Knicks, thanks to an expanding offensive game. Randle has always been an effective creator, sporting an assist rate of 15.0% or higher in three of the last four seasons. Now, combine that with his outside shooting—34.4% on 195 three-point attempts in 2018–19—and you have the makings of a versatile offensive weapon.

Julius Randle is READY for this season.

With the Knicks looking like a lottery team, Randle will have to either carry New York to a solid record in the first half of the season or stuff the stat sheet to get All-Star consideration. On a New York team looking for someone who can score and carry the offense, Randle’s chance to snag an All-Star game bid is right there for the taking.

Mitchell Robinson: Advanced numbers and a transformative marvel on defense

Let’s get aggressive: Could the second-year man take the leap from league surprise to NBA All-Star? Mitchell Robinson could make the jump if everything falls into place.

Last season, Robinson finished with 7.3 points, 6.4 rebounds, and 2.4 blocks per game in 66 total contests. However, Robinson finished with just 19 starts as New York shuffled through three different centers throughout the season. With DeAndre Jordan and Enes Kanter leaving town for greener pastures, the starting center appears to be Robinson’s spot for the foreseeable future. In return, Robinson starting could result in a trip to Chicago.

The advanced numbers backed up Robinson’s performances as well, too. Robinson finished with a box plus-minus (BPM) of 5.7, a defensive box plus-minus (DBPM) of 5.2 and a block rate of 10.0%. In short, Robinson wasn’t just blocking shots, he was a net positive for New York’s defense.

Robinson is going to have to offer performances similar to Utah Jazz big man Rudy Gobert to make the All-Star Game. Gobert isn’t seen as an offensive force, but he amasses his accolades by being a key weapon in Utah’s defense. Robinson will have to do something similar.

If Robinson could maintain his advanced stats baseline while playing more minutes, not only will he be a key piece in elevating New York’s defense, but he could find himself catching alley-oops from the likes of LeBron James and blocking Steph Curry three-pointers.

Dennis Smith Jr.: The breakout season, or, the Kemba Walker

Let’s get crazy. Last season, there were five first-time All-Stars. The year before that, we had six (five, but Kristaps Porzingis missed the game with an injury). There’s plenty of turnover and there are always players just ready to take a leap forward and ascend into an All-Star level

After the midseason trade with the Mavericks, Smith Jr. arrived in New York and played much like himself—slashing to the basket, a few acrobatic finishes, and he even played well on the defensive side of the ball. Averages of 13.6 points and 5.4 assists after the trade showed a glimpse of Smith’s game.

Still, there were glaring areas of improvement for Smith. The balance between creating for teammates and scoring could use some work, the outside shooting and shooting mechanics, in general, are all areas for improvement. Merely fixing Smith’s shooting could take his game to another level.

Consider this the “Kemba Walker,” because Walker had poor seasons similar to those of Smith Jr., albeit on larger usage. Walker finished with under 40 shooting in three of his first four seasons, and a below-average true shooting percentage (TS%) in all four. Then, at 25, Walker became a knockdown shooter (37.1% on 490 attempts in 2015-16) and evolved into a star.

Regardless of Smith’s potential All-Star nod, that appears to be the trajectory for him to evolve into an above-average player. Unlike Walker, there are also some interesting offensive options for Smith to work with. The aforementioned Julius Randle and Mitchell Robinson offer two pick-and-roll partners, while Wayne Ellington, Damyean Dotson, and Reggie Bullock all offer shooting on the perimeter.

This is a big season for Smith Jr., and if it all clicks, it could result in a pivotal corner turned in his career.

The New York Knicks will have a hard time getting someone into the All-Star Game, especially if winning is factored in the decision. Still, the Knicks have some candidates of note. Julius Randle’s ability to stuff the stat box, Mitchell Robinson’s defensive ability, and Smith’s potential to breakout are all key in the Knicks taking a step forward this season.