Three Players Could Hold the Key to the Knicks’ Defensive Success 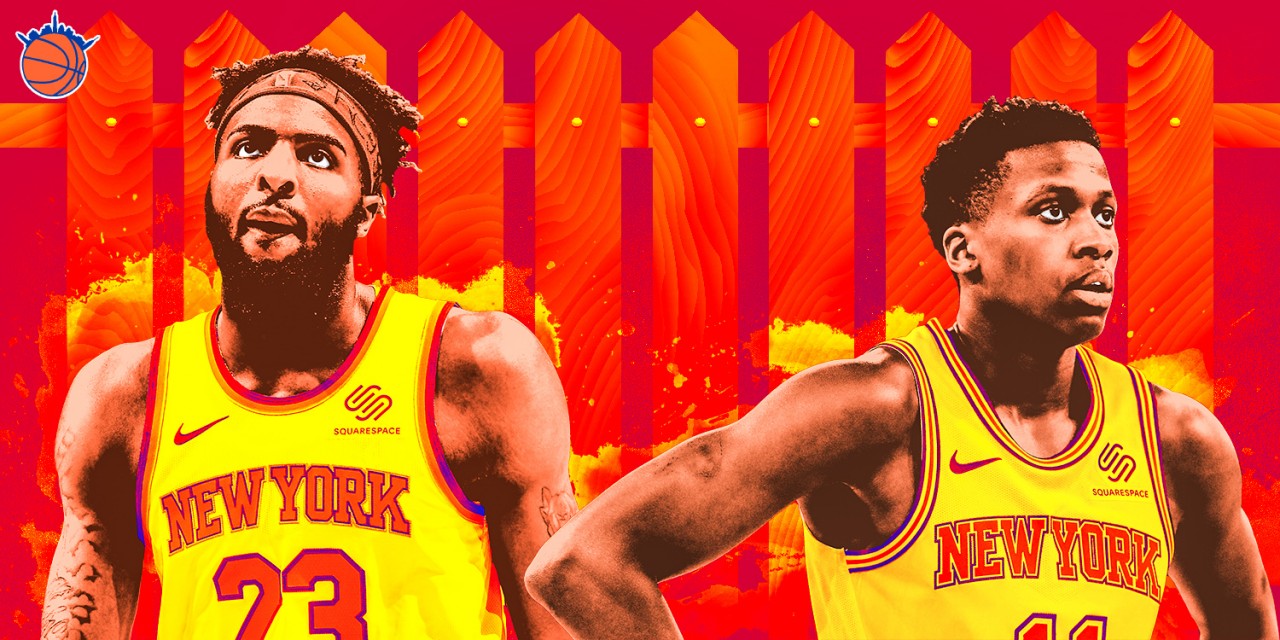 The Knicks are trending in the right direction on the defensive side of the ball in part thanks to young players like Mitchell Robinson and Frank Ntilikina.

It’s a terrible feeling, but between the 4-10 record, the dysfunction between the front office and head coach, and several players using their minutes to improve their future contracts, this New York Knicks season has dragged on to the point where most fans are looking towards the future. The next general manager, the next roster, the next good Knicks team.

Among a litany of reasons why the Knicks are struggling is the lack of defense. Currently 21st in the league in defensive efficiency, New York’s rotation sports several players who can be solid contributors on offense, but double as liabilities on the defensive end. It makes for bad basketball and an even worse experience.

In fact, the Knicks haven’t done much defending for the better part of two decades. Since the 2000–01 season, the Knicks have finished in the top 10 in defensive efficiency twice—2000–01 and 2011–12—while finishing in the bottom five in defense eight times in the same span. The franchise that has so much of its history tied up in successful defenses has completely ignored that side of the ball.

And yet, New York’s current roster offers a few players who can help create the next great Knicks defense. It starts with Mitchell Robinson, Frank Ntilikina, and R.J. Barrett.

Despite an up-and-down start, Mitchell Robinson is the same defensive force he’s always been. From an eye-test perspective, Robinson is an elite shot-blocker, who does a good job keeping his body in between the basket and the opponent. He still fouls a bit, but he’s improving that side of the game as well.

Mitch will block anything pic.twitter.com/YL9N9DkZ6u

The advanced numbers love Robinson. So far, his Defensive Box Plus-Minus is 3.4. He’s currently sporting a block percentage of 10.1%, a defensive rebound percentage of 21.2% and a steal percentage of 1.5%. Only four other players are doing that—Robinson, Robert Williams, Javale McGee, and Anthony Davis.

Alongside Robinson is Frank Ntilikina, who has fought through several stops and starts in his young Knicks career to take a considerable leap forward in his third season. While the offense is still below average, Ntilikina is off to a hot start on defense. Currently, Ntilikina sports a steal percentage of 3.0 and block percentage of 2.7%.

Frank with the steal, Barrett with the SLAM ? pic.twitter.com/TmuKPEzrFx

Only four players in the history of basketball have done that for 1,500 minutes in a season—Hakeem Olajuwon, David Robinson, Bobby Jones, and Gerald Wallace. Ntilikina won’t be doing that. However, the third-year guard has a chance to finish with a block percentage of 2.0 and steal a percentage of 1.5, something only 18 players did last season.

His offensive consistency will always be his bugaboo, but Ntilikina has gotten off to a good start as a “point guard” (4.7 assists to 1.7 turnovers per 36 minutes) and has knocked down 37.5% of his threes in the past 10 games (nine of which he started). If he could maintain those offensive numbers, he’ll play more, will continue to thrive defensively as a perimeter threat.

Barrett’s defensive upside largely results in hope and the eye test. The defensive numbers don’t lend to Barrett being a good defender (-0.6 DPBM, -1.5 DPIPM), but he’s averaging 1.3 steals per game and actively looks to defend on the perimeter. For a rookie, Barrett looks decent as a defender when guarding on-ball.

At 19, the question is how good of a defender Barrett can be. So far he’s holding his own, and has accepted the challenges of defending the likes of Kyrie Irving and Jayson Tatum late in games. While he’ll never be an effective defender in terms of stocks (steal + block) numbers, Barrett has the tools to be a solid defender.

Due to the current state of the Knicks, it’s tough not to wander off and think about their future. Will the Knicks hire an actual president and general manager? Will they find a point guard? Could they get a first-round pick for Marcus Morris? All these questions feel more important than the games this season.

However, their future feels strong when looking at building a potential defense. Robinson is an elite post defender at the age of 21, Ntilikina has the tools to be a solid defender in either a bench or starter role, while Barrett has played better on the defensive side of the ball to start his career.

As the prospect of Madison Square Garden being empty in May looms over the franchise for the seventh consecutive year, the future of the Knicks is back in the forefront.

After 20 years of being lost in the wilderness, the way out and up could be building a strong defensive team; one that could help restore the glory days of yesteryear to the Garden.