Three Role Players Epitomize ‘Next Man Up’ for the Knicks 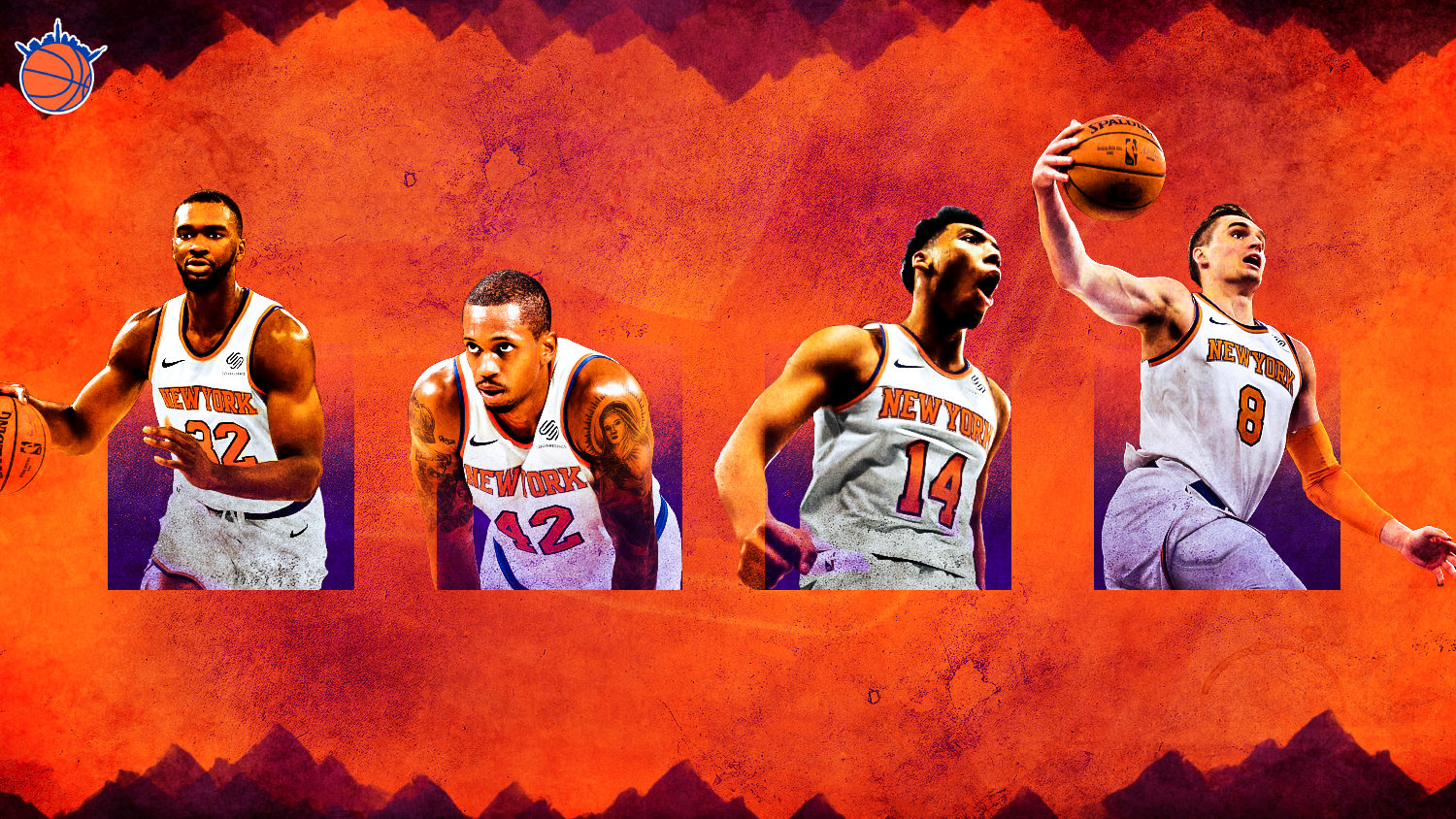 Sometimes a player’s ceiling as a role player can be just as important as the stars that dominate the NBA. Here are three “glue guys” that are helping the Knicks.

It’s a star-driven league, and it always will be. We know that. The best teams in the NBA will always have the best players on their roster. What’s overlooked on these rosters is rotation depth, balance, and finding players willing to meet the needs of the team. Even though you need elite stars to play at a high level, the role players can prove to be just as important.

Despite the star-driven league, it’s the rotational players with specific duties that make the difference between a playoff team to a potential champion. Not everybody in the NBA is going to be a star; and as long as your play to your strengths without getting your weaknesses exposed, then you’ll be fine. If you try to do too much or play out of your strengths, that’s when you find yourself hurting the team, out of the rotation, or frustrated with the team.

Every year, around this time or even later, NBA fans everywhere catch a team they haven’t watched since the season began, and ask themselves: “HOW IS HE STILL IN THE LEAGUE?!?”

Well, it’s pretty simple. Here’s something somebody once told me: If you have one skill or attribute you can provide to a team, you’re going to have a long career. Obviously, the more you can do, the better—but these guys will have a role on a roster until their body tells them otherwise. Think about how young the NBA has become across the entire league. Kyle Korver is 37 years old, P.J. Tucker has become the most important version of himself at 33, Vince Carter is still playing at a competitive level, etc.

There are multiple ways to help a team as a role player or bench player with spot minutes. Whether it’s spacing the floor on offense with plus shooting, grabbing tough rebounds, protecting the paint, or simply having the ability to provide timely buckets here and there, the best role players always do what’s best for the team before they think about themselves. Easy concept, right? Well, that’s not always the case.

A perfect example of the team-first mentality these young Knicks should value is no further than the locker room they step foot in every day. There’s a reason why Lance Thomas has become the longest-tenured Knick on the team. It’s because he’s accepted what has been asked from him and works from within that role. Lance may not be the most skilled or the most athletic guy, but he’s a hard worker who brings maximum effort on both sides of the ball—something the Knicks have mostly lacked for years now.

If you were to ask anybody if they expected Lance Thomas to be being the longest-tenured player in New York, nobody would have answered “yes”—probably Lance included. Before he solidified a roster spot, let alone a role on the team, he was in and out of the D-League (now known as the G League). But he remained strong-willed and trusted what he can provide to a team, en route to a 10-day contract here in New York. He hasn’t looked back since.

Noah Vonleh has also leaped into the rotation this season via his energy alone. Along with Thomas, Vonleh is the type of player that doesn’t need to score a single point to have a great game. When he’s bullying on the glass, it’s hard to take him out of a game. As long as he keeps up the same energy all season, he’ll continue to be one of the key role players for the Knicks, doing the dirty work needed to win. While Mitchell Robinson is ahead of schedule on his development, it’s still early to expect consistent production from him, as he is getting used to NBA game speed. Knowing exactly what Vonleh is going to give you, night in and night out, is a blessing for this Knicks team.

Noah Vonleh’s infectious energy has been a clear highlight of the first 8 games:https://t.co/YmhQeU0QU8pic.twitter.com/JZ6L7DSJ0Y

In the clip above, you can see some of Vonleh’s physical traits in action, which prove his value as a role player well past this year. Whether it’s him or somebody else in the future, the energy and toughness he’s brought this season will be a staple of the culture and style of play that David Fizdale is in the process of instilling to the Knicks. Not to mention the fact that he could become an ideal complement to Porzingis when he makes his long-awaited return.

The player who has made the biggest jump into consistent minutes, deservingly so, is Damyean Dotson, who has fit in seamlessly as a 3-and-D guy. Pairing him with Tim Hardaway Jr. has made the most sense, as they’ve been able to offset each other’s weaknesses. Dotson is the better defender of the two and can guard the better wing scorer if needed. On the offensive side of the ball, he ends up getting more three-point attempts, thanks largely in part to Hardaway’s threat to score and much-improved passing. The Knicks currently have a 112.1 Offensive Rating with Dot on the court, and a 107.2 rating when he’s on the bench, per Basketball-Reference.

If there’s one thing we’ve seen from Coach Fiz to start that season, it’s that he couldn’t care less about your name, when you were drafted, or what you’ve done in the past. Dotson would be one of the first Knicks to tell you that after not having much of a chance to prove his worth as a rookie last season. The “next man up mentality” Fiz has shown has given Dot the opportunity to not only get a chance to play, but earn a starting spot. When the opportunities come, great role players take advantage of them, and that’s exactly what Damyean Dotson has done.

Role players aren’t ever considered the reason why teams contend for a championship, but their teammates understand that they’re a reason why. All it takes is one game locking up the opponent’s best scorer or hitting a dagger three for a role player’s contributions to be recognized to its full extent. What makes a great role player’s value so high is that there’s only a few of them around the league, and when these players understand their job for the team and embrace it, it’s a beautiful thing to see.