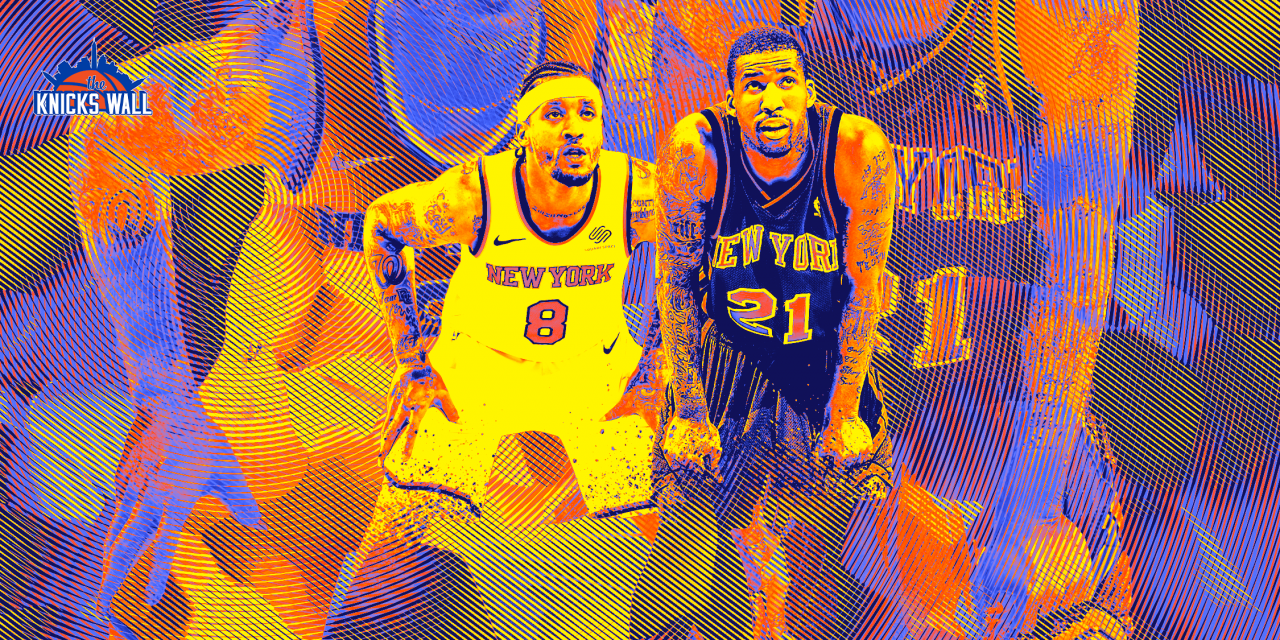 The 2010s were not an auspicious era for the Knicks, but that doesn’t mean there weren’t players worth celebrating.

Looking back on the 2010s, there was plenty that went awry from an orange and blue perspective. The Knicks did not get past the second round of the playoffs with an MVP-caliber Carmelo Anthony early on in the decade. Then, once they traded Anthony back in 2017, they wrapped up the 2010s with a three-year stretch where they never won more than 29 games in a season.

Those statistics paint a dismal picture, but the decade wasn’t all doom and gloom. Let’s reflect on the 2010s with a glass-half-full mentality and revisit three Knicks whose contributions go underappreciated.

Not long ago, the Knicks had a reputation for whiffing on first-round draft picks. During the first decade of the 2000s, the team drafted a laundry list of underachieving players in the front end of drafts. Mike Sweetney (9th overall, 2003), Channing Frye (8th overall, 2005), and Jordan Hill (8th overall, 2009) were some of New York’s egregious misfires of the time. However, sprinkled between these draft-day duds were a few high-quality picks made by Knicks brass, namely forward Wilson Chandler, whom the Knicks selected with the 23rd pick back in 2007.

An ankle impingement limited Chandler to just 35 games as a neophyte, but he established himself as a starter-caliber player in his sophomore season. And Chandler’s Knicks tenure peaked during the 2010-11 campaign, his fourth and final year in New York.

Across 55 contests, Chandler posted career-highs in points (16.4) and blocks (1.4). He epitomized the term two-way player before it was common vernacular.

Chandler was arguably the best defensive player on the 2010-11 ‘Bockers not named Amare Stoudemire. His calling card on that end was his versatility. Chandler guarded twos, threes, and fours, logging 120-plus minutes at all three positions, per Cleaning the Glass, and held his own while doing so.

Chandler’s defensive chops were predicated on his physical gifts (strength and athleticism) rather than smarts, which may explain why he was never truly an elite defender. But his switchability, coupled with his shot-blocking (94th percentile in block percentage) and rebounding production (61st percentile in defensive rebounding percentage), made Chandler an uber-valuable defender nonetheless.

Chandler was equally as effective on the other side of the ball for a Knicks offense that finished second in the NBA in points per game at 106.5. Whether he started or came off the bench, you knew what you were getting from him — isolation scoring plus three-point shooting. A sizable 34% of Chandler’s made baskets with New York were self-created (65th percentile in creation ability), and he hit 44% of his corner threes on the season per Cleaning the Glass.

Despite all that Chandler accomplished on the court for the Knicks, he’s arguably remembered more for being a trade casualty than a budding star. Specifically, he was a key piece of the trade that sent Carmelo Anthony to New York in February 2011. Chandler headed to the Denver Nuggets along with Danilo Gallinari, Raymond Felton, Timofey Mozgov, and picks.

So next time you recall the halcyon days of Anthony and Stoudemire and the squad, take a second to acknowledge Chandler’s accomplishments, too. Because without all the promise that Chandler flashed over his first few years in the league, who knows if an Anthony trade ever happens? Yes, there were rumblings that Anthony would have likely signed with the Knicks as a free agent later that summer regardless, but nothing was guaranteed.

Kyle O’Quinn’s Knicks career spanned three years, from 2015-2018. Considering forward/center Kristaps Porzingis was New York’s franchise cornerstone at that time, O’Quinn never got the chance to be more than a backup –he logged a mere 19 starts over three seasons. But O’Quinn starred in his role as well as any Knicks role player in recent memory, as evidenced by his criminally underrated 2017-18 campaign.

What separated O’Quinn from the majority of bigs was his motor, especially on defense. O’Quinn embraced doing the dirty work for the Knicks, whether he was jostling for 50-50 balls, thwarting post-up attempts with his superb lower body strength, or running the length of the floor for blocks.

O’Quinn’s hustle and tenacity on defense didn’t just pass the eye test — they also paid dividends on the stat sheet. O’Quinn finished second on the 2017-18 team in blocks (1.3) and third in total rebounds (6.1). What makes these numbers all the more impressive is that O’Quinn averaged the 12th-most minutes on the roster.

The above video highlights O’Quinn’s dogged defense on Andre Drummond (then an All-Star caliber center) during New York’s 2017 home opener. This is relevant because the first few seconds of the clip nicely summarize O’Quinn’s defensive identity. He absorbs multiple body blows from Drummond in the post and then reacts passionately to a late call.

If one word described O’Quinn as a defender, it’s intense. Not Kevin Garnett intense – O’Quinn didn’t slam his head into stanchions before every game – but he seldom gave up on a play.

While O’Quinn hung his hat on getting stops, he also enjoyed a productive season scoring the ball as a floor spacer, even if he was just an opportunistic scorer. O’Quinn’s 7.1 points per game average marked a career-best. He would not have been able to produce at the level he did if it wasn’t for his accurate mid-range jumper. O’Quinn’s outside-shooting sweet spot was 12-17 feet away from the basket. He swished 49% of his total mid-range tries in 2017-18 on a high number of attempts (76th percentile in frequency).

He also developed a beautiful chemistry with Doug McDermott, shining as a passer on McBuckets’ back-cuts throughout their tenure together.

Unfortunately, O’Quinn was unable to stick around in the league long after his breakout year. His last NBA season was in 2019-20. O’Quinn wasn’t a star or even a starter with the Knicks, but he played the best basketball of his career here – that fact alone means he deserves more admiration from Knicks fans.

Two players from the same iteration of the ‘Bockers are on this list, though Beasley and O’Quinn are the antitheses of one another.

O’Quinn was defensive-minded. However, Beasley was best known for his work on the offensive side of the ball. Specifically, Beasley functioned as a high-level microwave scorer in his cup of tea (one season) with New York. Earlier in his career, folks criticized Beasley for being an inefficient bucket-getter. But in 2017-18, Beasley married great efficiency with his characteristically high usage rate. Having averaged 13.2 points per contest on 50.7% shooting, Beasley ranked top four on the squad in both points and field goal percentage.

Beasley’s 6’9″, 235-pound frame made him a matchup nightmare for the lion’s share of the league. He was too potent of a post scorer for defenses to put smaller guards on him and too good of a shooter and ball-handler to leave him on an island against a big. Beasley was superb at spotting and exploiting mismatches as a Knick, which allowed him to put together some of the best individual performances of his career.

Perhaps his defining performance as a ‘Bocker came against the Boston Celtics – an excellent team who later made the 2018 conference finals – on December 21st, 2017. Beasley dropped 32 points in total for the evening (tied for a season-high) and killed the Celtics from all three areas of the floor. Although not the ever-switching defensive juggernaut it is now, Beasley forced Boston to throw several different defenders onto him throughout the game, such as Al Horford, Semi Ojeleye, and Marcus Smart. Beasley torched them one by one as he hit outside shots over the slower-footed Horford and bullied the smaller Ojeleye and Smart to the rim for point-blank looks.

The briefness of Beasley’s Knicks tenure may give outsiders the illusion that it is insignificant, but that can’t be further from the truth. His consistent scoring punch off the bench made a challenging season and the first one without Anthony much more palatable.

Beasley, O’Quinn, and Chandler were metaphorical bright spots in a decade of Knicks history with more lows than highs. Each player arguably reached the apex of their NBA careers in New York – even some NBA stars couldn’t say the same.

»READ: Jalen Brunson and Donovan Mitchell could be trouble

»READ: What is Obi Toppin’s fate if no trade comes?