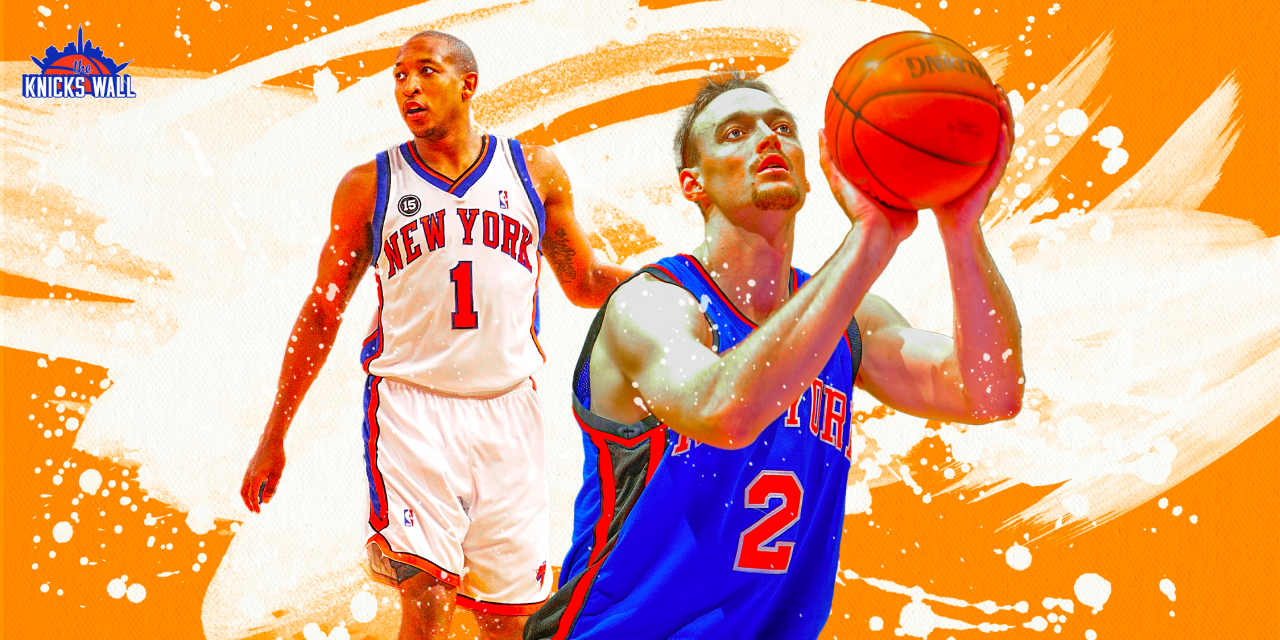 After examining unsung heroes from the 2010s Knicks, let’s look back at players from the 2000s.

Between 2000 and 2022, a whopping 223 players suited up for the New York Knicks—either for a few seasons or just a few games. During this time, fans have been scarred by scandals, instability, and constant turnover. It seems like every inconspicuous NBA player of aughts had a stint in New York.

Fortunately, a few unsung heroes have made the Knicks bearable during the first decade of the 21st century (just as some would do in the following decade). Here is an ode to three of them.

The search for a point guard (hopefully) ended this summer as the Knicks inked Jalen Brunson to a four-year contract. The last person with a firm grasp on the position (aside from Linsanity and that Jason Kidd season) was a disgruntled Stephon Marbury. But Starbury isn’t our focus, it’s the man who replaced him—Chris Duhon.

In July 2008, the Knicks signed Duhon to a two-year deal as Marbury’s backup only for Duhon to beat him out for the starting job in training camp, cementing the Coney Island native’s departure. In his first year in New York, Duhon averaged 11.1 points and 7.2 assists in 79 games—his best statistical season. While he didn’t last more than a couple of seasons with the Knicks, Duhon still holds the record for most assists by a Knick in a regular season game—22 against the Golden State Warriors on November 29, 2008.

The Knicks have developed a reputation for being one of the last stops for stars in the twilight of their careers; it’s basically a right of passage. Glen Rice is one such star. Though never considered a superstar when he played during the 1990s, Rice was an elite scorer in his era. He was selected to three consecutive All-Star games from 1995-98 and won the All-Star Game MVP award in 1997 with the Charlotte Hornets. He was also part of the 2000 NBA champion Los Angeles Lakers.

Rice joined the Knicks for the 2001 season and averaged 12 points a game. Though he mostly came off the bench, Rice started 25 and was productive, averaging 14.2 points and 4.5 rebounds a night while helping the Knicks reach the playoffs.

The God Keith Van Horn is one of the greatest New Jersey Nets of all time, as he still ranks top ten in franchise history in defensive rebounds and 3-pt field goals. He played a key role during their 2002 run to the NBA finals before being traded that summer to the Philadelphia 76ers. After playing a single season with the 76ers, the team that drafted then immediately traded him to the Nets in 1997, Van Horn finally landed on the Knicks in 2003. Van Horn was extremely productive with the Knicks. He started every single game and averaged 16.4 points and 7.3 rebounds a night. Van Horn may have been too productive because he didn’t even last a full season; the Knicks traded him to the Milwaukee Bucks after 47 games.

Legendary Fab Five member and current analyst Jalen Rose played a handful of games for New York. The self-described “Renaissance man. Industry Tastemaker.” was traded to New York in February 2006 from the Toronto Raptors for Antonio Davis, another former all-star to pass through New York at the end of his career. New York also acquired a 2006 first-round pick in that trade, which the franchise used to select Renaldo Balkman one spot before Rajon Rondo. Jalen Rose would suit up only 26 times for the Knicks, averaging 12.7 points per game. He played the next season for the Phoenix Suns and retired in 2007.

Our final forgotten Knick is unique because he had two separate stints in New York, one during the prime of his career and one towards the end. Tim Thomas played in 131 games for the Knicks across 3 seasons. In his first go-around, Thomas was acquired at the 2004 trade deadline as part of the Keith Van Horn deal. He averaged 15.8 points per game in his first 24 games after the trade and helped the Knicks reach the first round of the 2004 playoffs. But he was injured in the first game and missed getting swept by the Nets.

The following season, Thomas would play another 71 games as a Knick before being traded to the Chicago Bulls in October 2005 in the infamous Eddy Curry trade. The Bulls released Thomas in 2006 and he signed with the Phoenix Suns. Thomas then signed a two-year deal with the LA Clippers and was dealt back to the Knicks in 2008. Later, the Knicks shipped him back to Chicago — bringing everything full circle.

»Read: Grimes Versus Quickley: Who Has More Value?

»Read: What is Obi Toppin’s Fate if No Trades Come?