Tim Hardaway Jr. Wants to Be More Than a Costly Scorer 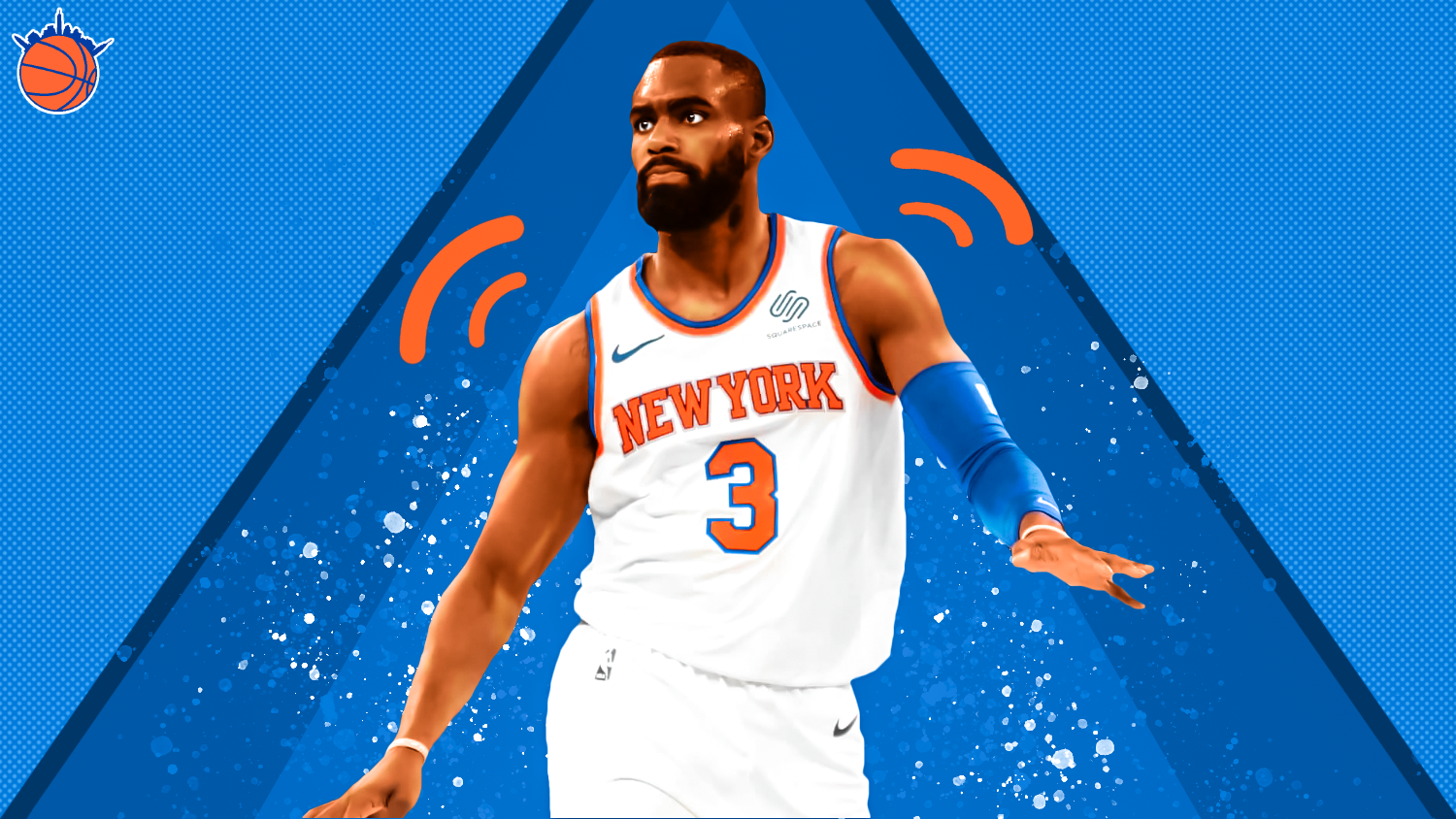 On a team skewing young, Tim Hardaway Jr. must rise up as a leader. So far through four games, the sixth-year guard is doing more than ever.

It’s hard to not be impressed with the start Tim Hardaway Jr. is off to this season. Development has been the mission statement from the jump with David Fizdale. This season is all about laying the groundwork for a championship-caliber culture. The focus has been mostly on the Fiz Kids, but early on, it looks like the Knicks’ head coach has had time to develop himself an adult in the room, too.

Hardaway’s Knicks career has had its peaks and valleys. Like most people who initially struggle to thrive in New York, Timmy had to detour elsewhere in order to clear his head and start anew.

He always had the tools necessary to be an above average player. In his first Knick stint, Hardaway flashed star potential here and there. He had the name, the athleticism, and the jumper. If you caught the Wolverine on the right night, you could convince yourself he was the best player on the team.

The problem is he didn’t do much else. Tim became a boom or bust scorer in the same lineage of J.R. Smith. Similar to J.R., Hardaway Jr. possessed the potential to get to the rack at will—yet he often settled for high difficulty jumpers.

Timmy answers right away, drills a three coming off the screen from Robinson. pic.twitter.com/8SIwg9uS9O

When he was sent to Atlanta, it felt like the team parted ways with a guy whose ceiling was an above-average sixth man. A couple seasons with the Hawks gave him time to work on his offense, find his happy place (transition), and provide value in areas other than scoring.

Still, when Steve Mills brought him back at a premium, there was little excitement. The knee-jerk reaction was a classic Knicks overpay. Hardaway Jr. was shocked when he heard the Knicks offered him $71 million. In other words, it felt like Mills had just dished out starter money to a guy that might not be a starter.

Clearly there is something in Timmy that the front office liked. Towards the end of last season, he started to grow into not just a starter but a leader. With the Knicks fully locked into talent acquisition mode—what an eloquent way to say you’re rebuilding, right?—the 26-year-old would be looked at as the old head.

So far this season THJ has embraced his role and found a new level of success. Through the first four games, he has shouldered the responsibility of being the primary source of offense. Fizdale opted to go with defensive menaces Frank Ntilikina and Lance Thomas with the belief Timmy could help carry the brunt of the scoring load.

This has led to the most aggressive version of Tim Hardaway Jr. we have seen. He has begun the evolution from scorer to playmaker. What does that entail? A myriad of things, but most importantly, knowing when to get tunnel vision and when to get everyone else involved.

He still has the freedom to launch from beyond the arc as he has always loved. In exchange for that freedom, Fizdale has asked him to indulge in tougher methods of scoring. The season is only four games old, but it says something that Timmy is currently doubling his career free-throw attempts average (5.0 this season, 2.2 for his career). He has been getting his looks from deep, but has also pushed the action towards the rim.

Most important of all, he has finally found a pulse on defense. He has been active in the passing lanes (ranked fifth in the league with six steals before Monday, it’s a respectable 1.5 now). That has helped pushed the pace, leading to those easy hoops. (There’s still more to be desired, of course.)

Three of THJ's five assists came in transition last night. Every opportunity he gets to push the ball, he should do it. pic.twitter.com/70QOWazgqm

The best showcase of his growth came last Friday against the Nets. Hardaway Jr. scratched and clawed in the first half to keep the Knicks in the game. He found a way to score at every spot on the floor. On defense, he played the passing lane and did not back down from a late-game isolation possession against Caris LeVert.

There is still room for improvement, but we’re starting to see a new Timmy. When asked if he considered putting someone like Frank on LeVert instead, Fizdale shut it down swiftly:

“So he was really trying to win that battle. I commend him for that. That’s why there was no way I was taking him off that kid on the last possession. I’m trying to make Timmy into a complete basketball player. He needed to go through that and take that challenge.”

THJ has not shied away from Fizdale’s challenge. Under Fizdale’s seemingly infinite green light, the shots will always be there. His 27 points per game average will dip over time, but there is no reason that he can’t settle into a 20-point scorer. The key for him is to remain active on defense and keep the energy on that end consistent.

Hardaway has been the catalyst, along with Enes Kanter, for the young guys to keep on coming.

Saturday night against the Celtics was the type of game wherein the Knicks used to roll over. Once Kevin Knox went down, it was almost a foregone conclusion. But they didn’t fold. They were a few plays away from stealing a game against the best the Eastern Conference has to offer.

If Hardaway Jr. can continue to make plays, this team can become a force the minute Kristaps Porzingis hits the floor. Hardaway’s emergence certainly alleviates the pressure on KP and Knox to score, while making the Knicks even more attractive to free agents.

A few months ago it was easy to fantasy-trade a way to get Hardaway Jr. off the books. Now, increasingly attached to this team’s identity, it’s becoming hard to picture this team without him.