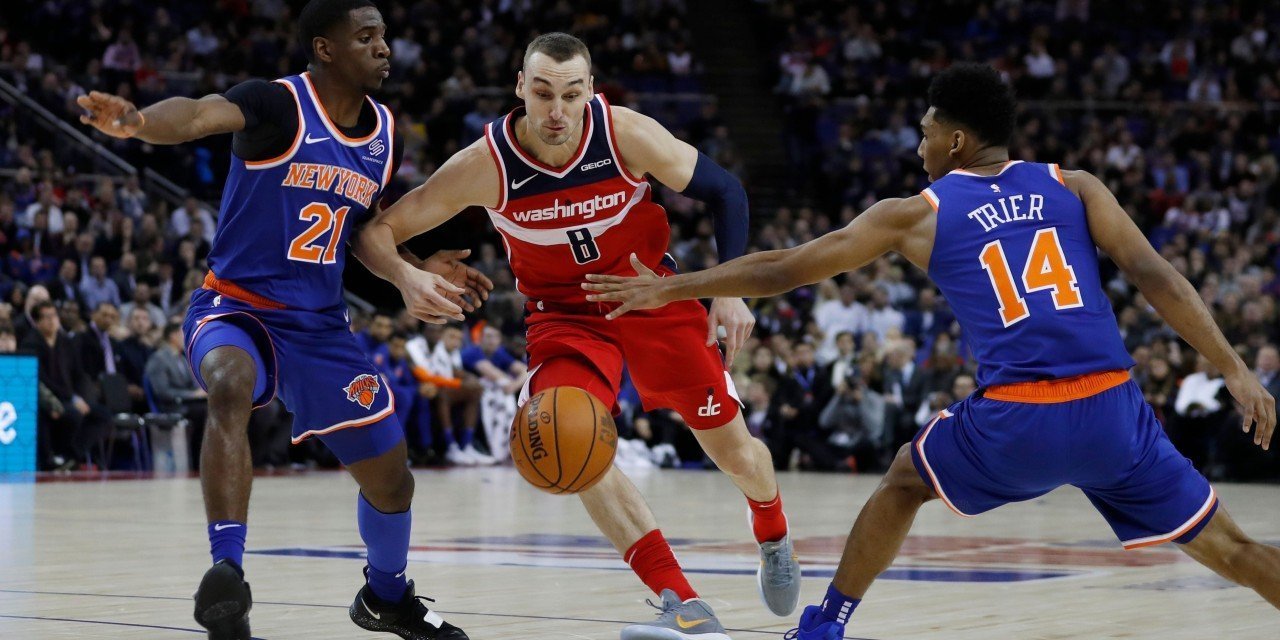 The 23- and 24-year-olds combined to score 26 points and dish out five assists against D.C. in the London game. Watch TKW Highlights of their performances.

The headlines deservingly pointed to Allonzo Trier’s massive last-second blunder costing the Knicks their win in the U.K., but the undrafted rookie played well for possibly the first time since his return from injury on Christmas.

Damyean Dotson, the two-way swingman from Houston, shot 5-for-8—the same as Trier—and really had his stroke connecting from long-range, too.

Trier and Dotson were integral in New York’s first-half success, pushing Washington’s defenders out to the perimeter and opening lanes for the Knicks to drive and kick on offense. The Knicks led 63-53 at halftime in the English capital.

It was a solid rebound game for the two former collegiate prospects and mostly unheralded players, embarrassing loss be damned.

Trier is now averaging 9.8 points on 44.1 percent shooting from the floor halfway through the season in 21.8 minutes per game and 37 total appearances.

Dotson is averaging 9.7 points on identical shooting and 35 games played, including 10 starts for the 6-foot-6 wing.