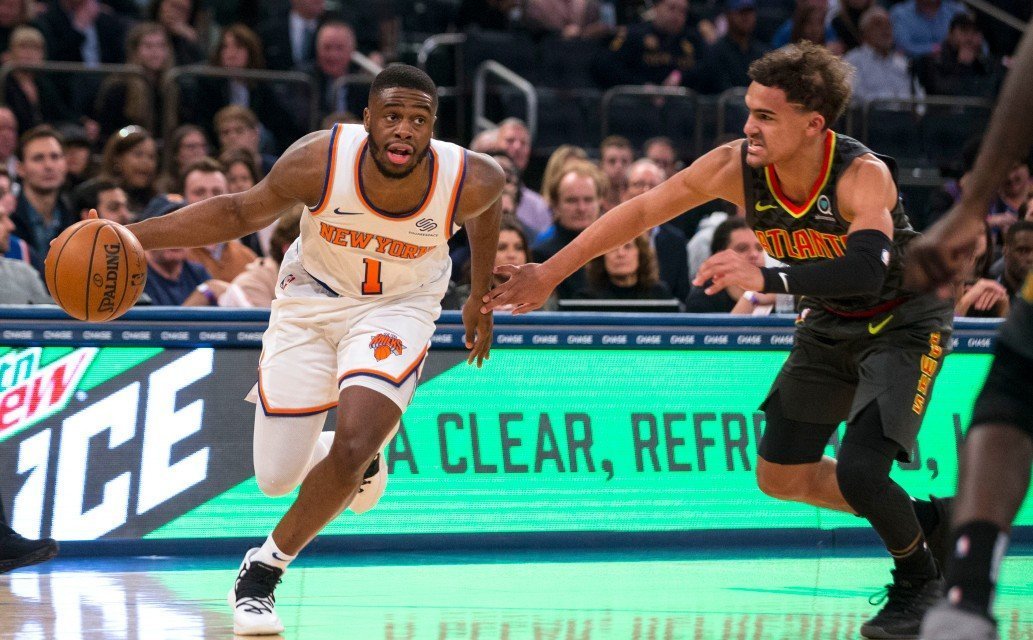 The Garden was getting into it when the Knicks ardently shared the ball. Here are some of the highlight assists from three ‘Bockers against the Hawks last Friday.

Emmanuel Mudiay, Tim Hardaway Jr., and Frank Ntilikina combined to tally 13 assists for the Knicks on Friday in the home loss to the Atlanta Hawks.

The Knicks are second to last in assists per game—by a slim margin—in the league (via NBA Stats). They average a paltry 19.9 assists in a game that emphasizes and rewards crisp ball movement and easy bucket opportunities.

In the above video, you’ll see times where the Knicks score off curls, off-ball screens, and, of course, chances in the fast break.

Noah Vonleh had another double-double night with 11 points and 10 boards; he was the beneficiary of many passes from the two guards with the starting unit—Mudiay and Hardaway Jr.

In the losing effort, Mudiay finished with 32 points—more common than not in his recent stretch of career-rejuvenating performances.

Hardaway struggled from the field again, as he copes with plantar fasciitis. He only converted on four field goals on 10 tries, but the former Wolverine was also the leading assist-man in the loss with five dimes.

Ntilikina, however, further entrenched himself with a poor performance—0-for-2 from the field with two turnovers, but he managed to stay active with four total assists.