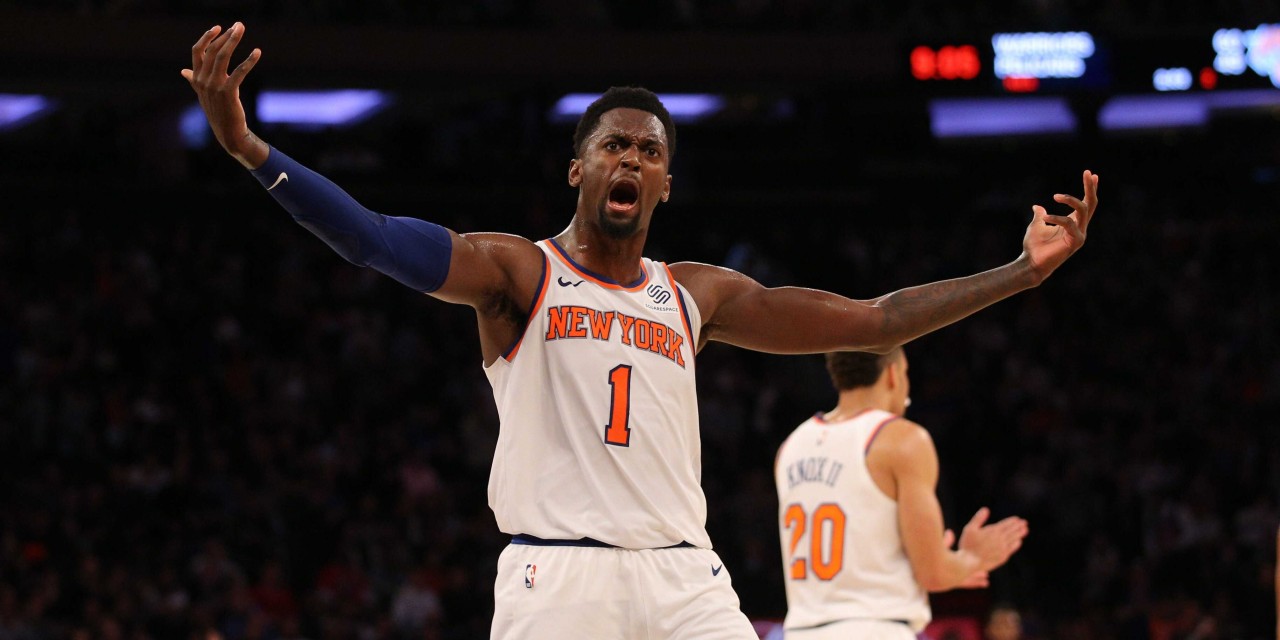 Former Chicago Bull big man Bobby Portis put on a show for the Knicks home crowd against his former team, pushing them to their first win.

Bobby Portis delivered a delicious, vengeful dish served cold against his former team, the Chicago Bulls, on Monday night. The 24-year-old Arkansas native was instrumental in the New York Knicks’ first win of the season—a comeback at home in front of an amped-up Madison Square Garden crowd.

Portis scored a game-high 28 points off the bench for the Knicks, shooting 10-of-14 (71.4%) from the field, a perfect 4-for-4 from long range, while completing the double-double with 11 rebounds and adding a pair of assists and blocks.

After a brutal start to the game, the Knicks fell in an 18-point hole against the visiting Bulls after the first quarter. Much of the early going felt like a retread of Saturday’s home-opener loss to the Boston Celtics, where the final frame spelled doom for the ‘Bockers. Slowly but surely the Knicks climbed out of the early deficit, winning the second quarter by 10 points; they went into the fourth down eight.

Portis’ hot outside shooting—he was 2-of-10 from three in the preseason and 0-for-7 in the first three regular-season games—were crucial in propelling the Knicks back into the Bulls matchup. Sharing the floor with New York’s premier free-agent signing in the offseason, Julius Randle, the big man tandem worked surprisingly well down the stretch against the young toros Lauri Markkanen and Wendell Carter Jr. Due to Randle’s passing ability as a screener, the Knicks were able to swing two corner three-balls for Portis in the closing 15-0 run the Knicks went on to finish off Chicago.

The Knicks, and Portis, look for their second win on Wednesday in Orlando.