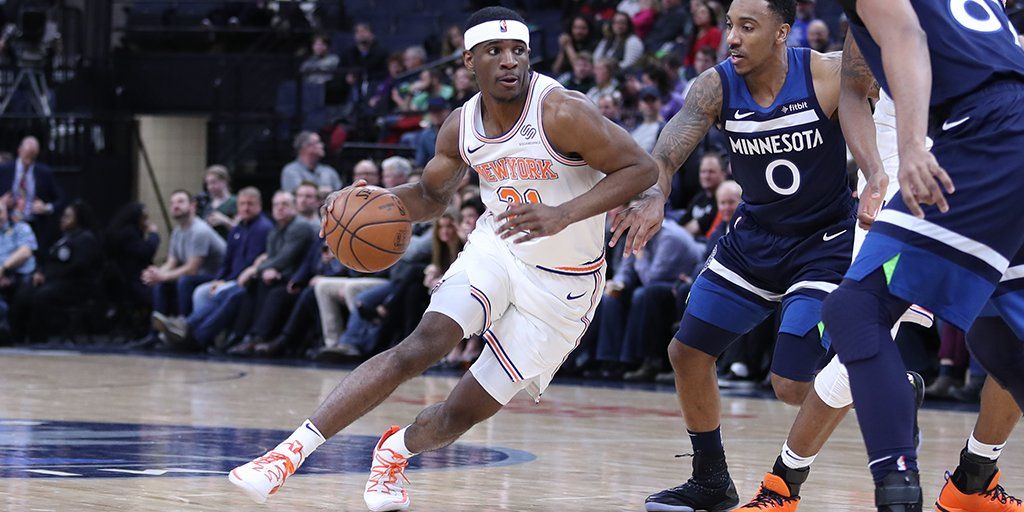 Allonzo Trier and Damyean Dotson combined to score 41 points in the Knicks’ loss to the Timberwolves in the Twin Cities.

Nonetheless, Sunday’s loss was another solid performance for both shooting guards Damyean Dotson and Allonzo Trier.

Dotson and Trier, the 23- and 24-year-olds, respectively, combined for 41 points and eight three-pointers. Dotson, the second-year swingman from Houston, scored a team-high 26 points and six assists while holding opposing starting shooting guard rookie Josh Okogie to two points. Dotson shot an efficient 10-of-19 from the field and 3-for-8 from downtown.

Trier, meanwhile, continues to be a fiery off-the-bench player for the ‘Bockers. The University of Arizona product scored 14 points on 5-of-11 shooting from the field and an impressive 4-for-5 from deep—in an attempt to mask a terrible performance against the Kings at home on Saturday.

Trier and Dotson have been stable additions to a Fountain of Youth Knicks squad. The rookie and sophomore players both left college at 22 years old and represent the “elder” part of New York’s young core, providing fundamentals that are dramatically lacking from such players as Kevin Knox, Mitchell Robinson, Frank Ntilikina (who’s injured indefinitely), and even Emmanuel Mudiay, who turned 23 on March 5th.

Robinson maintains his intimidating presence on defense; however, his offense is still a work in progress. He’ll likely be a shot-finisher, as it were, for his entire career—but if he’s not finishing alley-oops or picking up offensive rebounds for dunks, then he’s fairly useless on that end. Robinson scored eight points and blocked five shots in a tick over 30 minutes.

Knox, to be fair, had a measurably better game than he has had in the last 10 weeks or so; he put up 13 points on 11 shots, pulled down five boards, and tied a career-high in assists with four total.

Still, Trier and Dotson have been bright spots in a season quite consistently terrible for New York’s young players (although expected with a steep learning curve ahead, but still…).

»READ: Frank Ntilikina must show his value to the Knicks