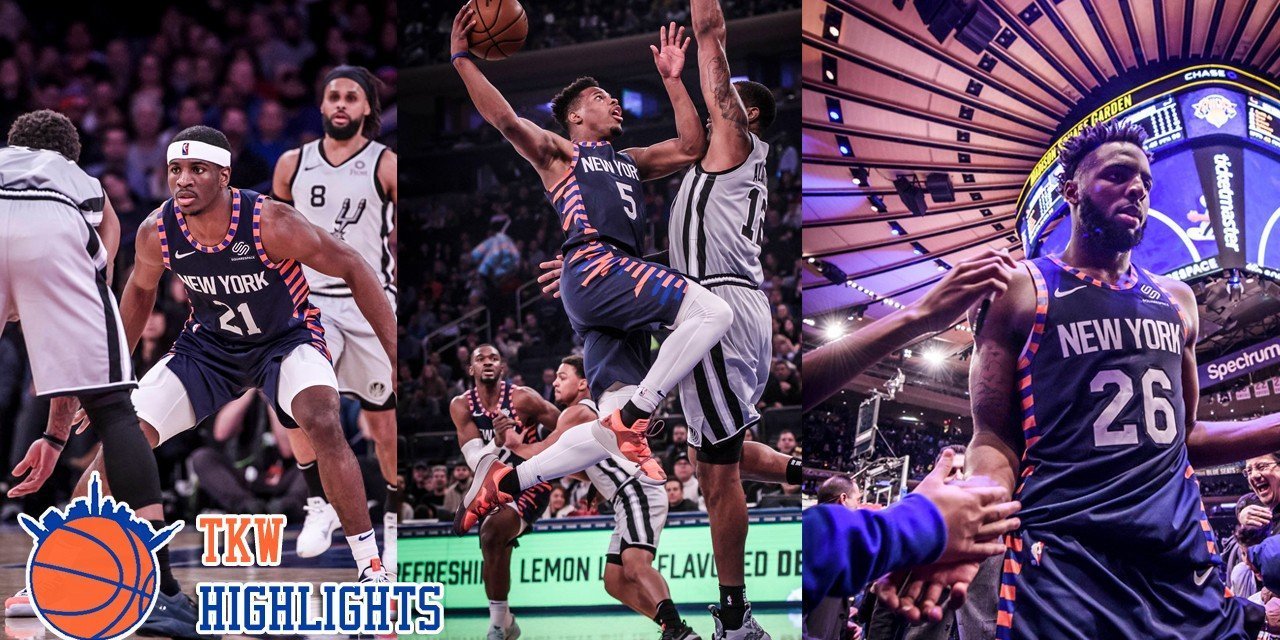 The New York Knicks have suddenly won two of their last three games—with a big boost from second-year swingman Damyean Dotson, who scored 27 points and made eight three-pointers on Sunday night against the San Antonio Spurs.

Eight of Dotson’s nine made field goals were from deep and his perimeter prowess was indicate of a fast-paced Knicks team hell-bent on sharing the ball while snapping the franchise’s near-worst 18-game home losing streak.

Dennis Smith Jr., the starting point guard, had a great night, too—a near triple-double at 19 points, 13 assists, and six rebounds.

Rookie center Mitchell Robinson was dominant off the pine for New York, grabbing 14 rebounds and scoring 15 points in 30 minutes.

Even Emmanuel Mudiay and Kevin Knox had solid contributions. Mudiay, in his second game back from injury, scored 19 points in 19 minutes off the bench. The Knicks rookie from the University of Kentucky scored 19 points in his starting role while corralling 10 rebounds and notching two assists.

It was arguably the best and most balanced offensive game for the Knicks, who put up 130 points against Popovich’s vaunted Spurs defense, who may be less than prestige this season than in the past.