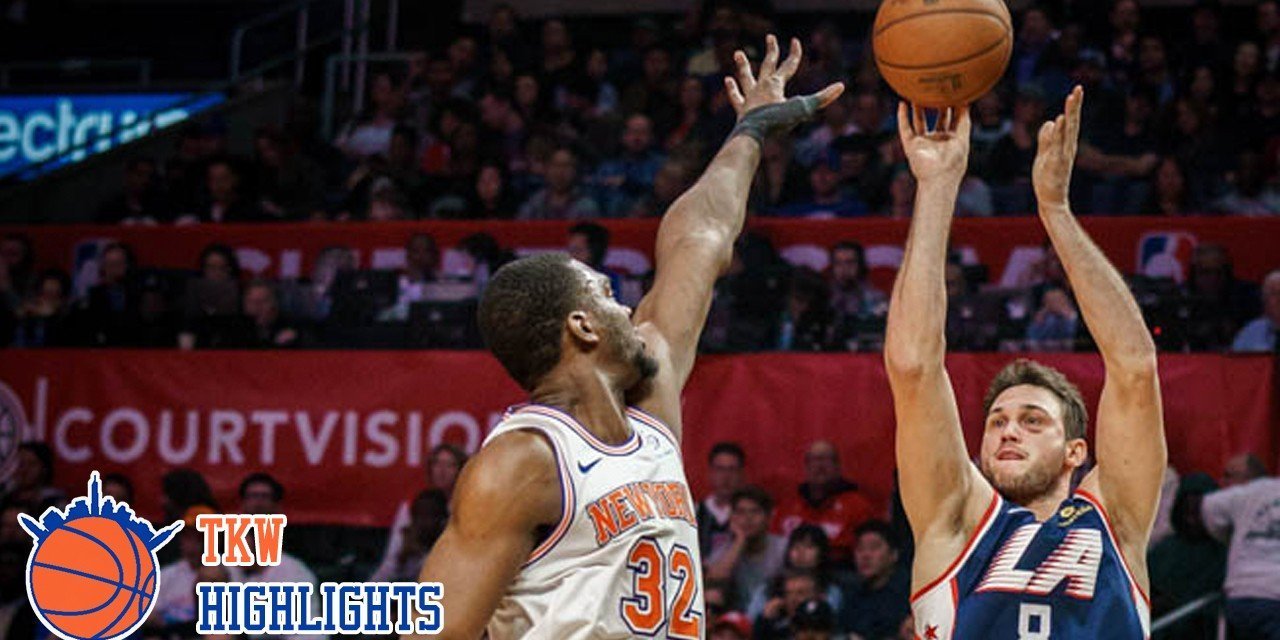 Damyean Dotson and Noah Vonleh tied for the leading scorer’s spot in the Knicks’ loss to the L.A. Clippers.

The Knicks were nowhere to be found in Los Angeles against Doc Rivers’ Clippers team, losing 128-107 and giving up 82 first-half points.

On the bright side, second-year swingman Damyean Dotson and reclamation project Noah Vonleh had solid outings, combining to score 34 points.

Dotson was nearly lethal in L.A., shooting 4-of-8 from downtown. Vonleh hit one 3-pointer, too—only his second triple in his last eight contests, per Basketball-Reference.

You’ll find a few highlights from rookies Allonzo Trier and Mitchell Robinson, who have fostered a nice connection during their first seasons in the Big Apple. Trier and Robinson both scored 16 points off the bench for David Fizdale’s side. Robinson completed his double-double on Sunday afternoon, collecting 13 rebounds and blocking four shots, too. Trier flashed some fancy passing—dishing out four assists.

Every Knick was a minus in the boxscore in Sunday’s loss, with Noah Vonleh the least culpable at two under par, if you will.