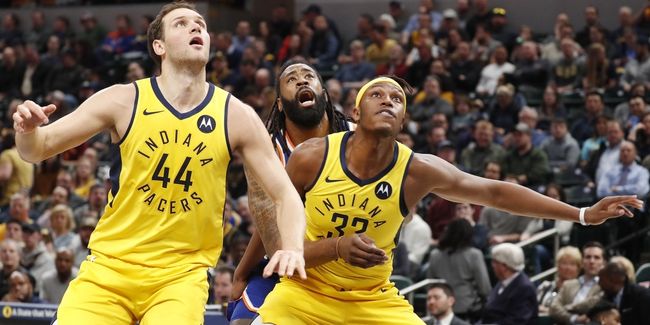 DeAndre Jordan’s passing, Emmanuel Mudiay leading the fake comeback, and more from the Pacers’ home victory over the Knicks.

Kevin Knox broke out of his offensive stupor with a better game versus Indiana. The Knicks rookie posted an efficient 16 points on 5-of-9 shooting from the field by way of four three-point conversion. Fouling was the Kentucky product’s main detractor, though, as the 19-year-old Knox finished the game with five personal fouls in 25 minutes.

Finally, Emmanuel Mudiay played slightly better than his median. The fourth-year guard scored 21 points off the bench with three triples made and three assists. Mudiay, in his backup point guard role, is averaging a shade over 11 points on nearly 50 percent shooting in these last 10 games. The Congolese born guard is averaging more than 14 points per game in 2018–19.

Mudiay helped guide the team to a (fake) comeback late in the fourth quarter—narrowing Indiana’s margin as tight as three points in the final minute.

»READ: Can Emmanuel Mudiay and Dennis Smith Jr. co-exist on the Knicks?