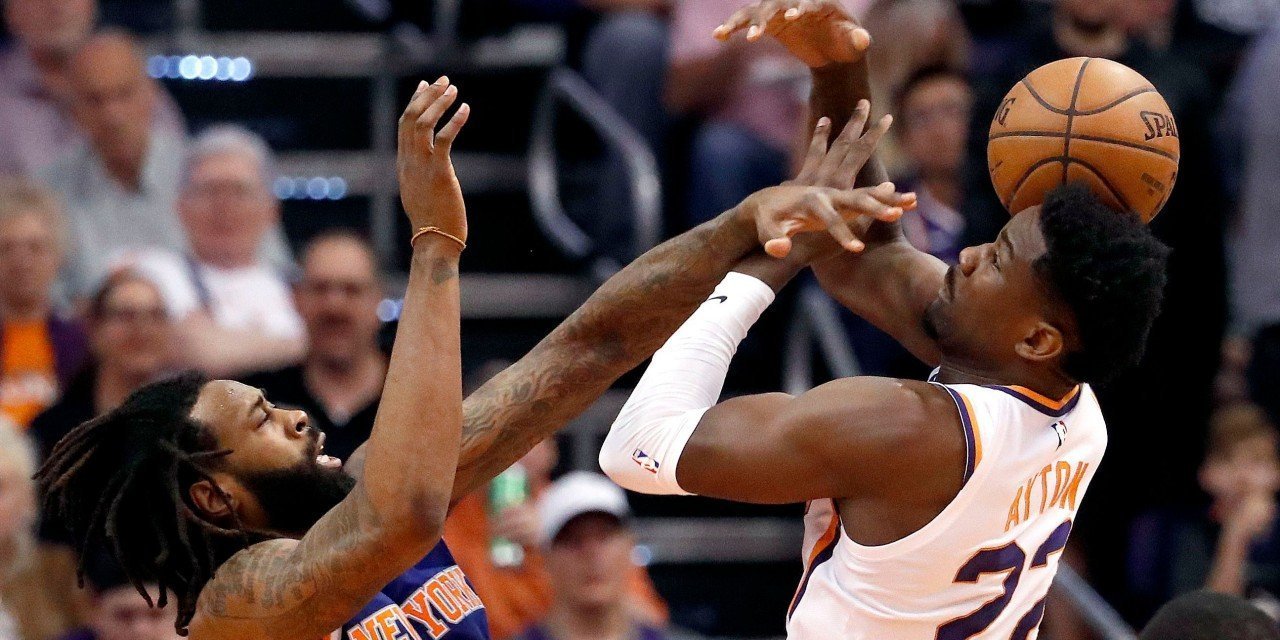 DeAndre Jordan returned to man the paint for the Knicks as the center led the team in scoring, too, in the team’s latest loss.

DeAndre Jordan returned to the hardwood for the Knicks in Wednesday’s road loss to the Suns after missing the previous five games.

There’s skepticism whether the Knicks should retain the veteran center Jordan’s services next season. DJ is a free agent—and certainly would yield more than a veteran minimum type of contract—so the question is how much are the Knicks (or any team) willing to pay the over-the-hill center who’s limited to the paint for maximum efficacy?

One could argue Jordan sticking around would help rookie center Mitchell Robinson grow as a player, but undoubtedly that’s the coaching staff’s role to play, not potentially overpaying a center take room on a roster where younger players could develop on the rebuilding team.

Jordan is also linked to Kevin Durant, the former MVP and impending free agent who has been tied to the Knicks despite winning multiple rings with the Warriors.