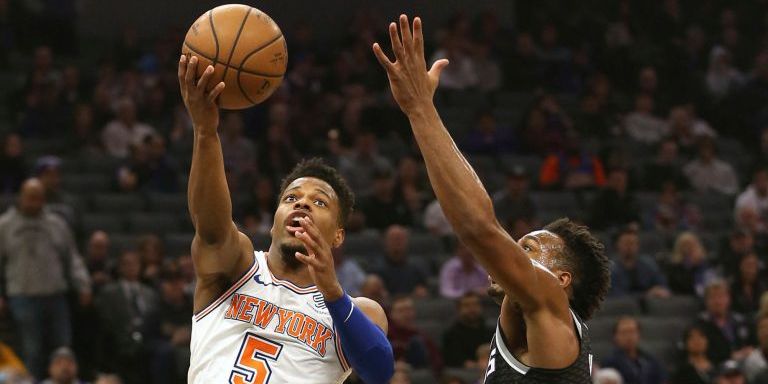 Allonzo Trier led the Knicks in scoring with 29 points in 30 minutes off the bench in New York’s road loss against the Kings.

The Knicks lost their third straight contest on Monday night—the latest came at the hands of Buddy Hield, De’Aaron Fox, and the feisty Sacramento Kings on the west coast.

Despite the defeat, Allonzo Trier continued his strong stretch with a great scoring output off the pine. Dennis Smith Jr., the starting point guard, chipped in 18 points, five assists, three steals, a couple of blocks.

The undrafted rookie out of the University of Arizona, Trier, has averaged 18.8 points in his last five games and 15 points in his last 10 matches—compared to his season scoring average of 10.9 per contest. “Iso Zo” is also shooting nearly 53 percent from the field in both qualifiers of recent games.