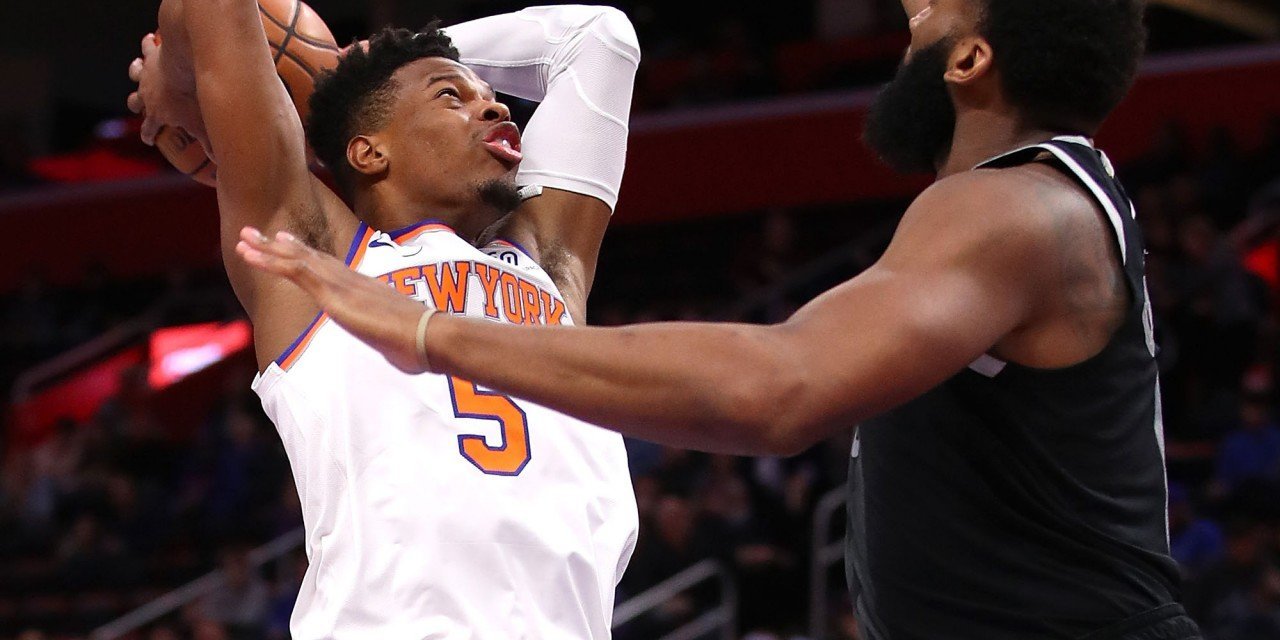 Dennis Smith Jr. had his career-best game, scoring 31 points in the loss against the Pistons. The Knicks lost on Friday and Saturday but had nice showings from rookies Kevin Knox and Mitchell Robinson against the Raptors.

Dennis Smith Jr. had his career-best game on Friday against the Pistons!

Then, on Saturday, another clunker of a matchup led to a 16th consecutive loss, despite the best efforts of New York’s rookies and first- and second-round picks Kevin Knox and Mitchell Robinson.

Knox led the team in scoring with 21 points, albeit on poor efficiency. The Wildcat shot 4-of-9 from behind the three-point line, however. Kevin had a better passing game, too. He broke a streak of one or zero assists with a two-assist game and disrupted passing lanes, collecting two steals.

Mitchell Robinson, meanwhile, had his career-best game, too. Robinson finished with 15 points, seven rebounds, and three blocks. The seven-footer is a force!

Smith is a talented playmaker. Even on Saturday, when his shot wasn’t falling, the 21-year-old made nice reads and savory passes to his teammates. During his 31-point performance, DSJ shot 9-for-15 and blasted off with an early preview of his Slam Dunk Contest with a 360-degree dunk on the fast break.