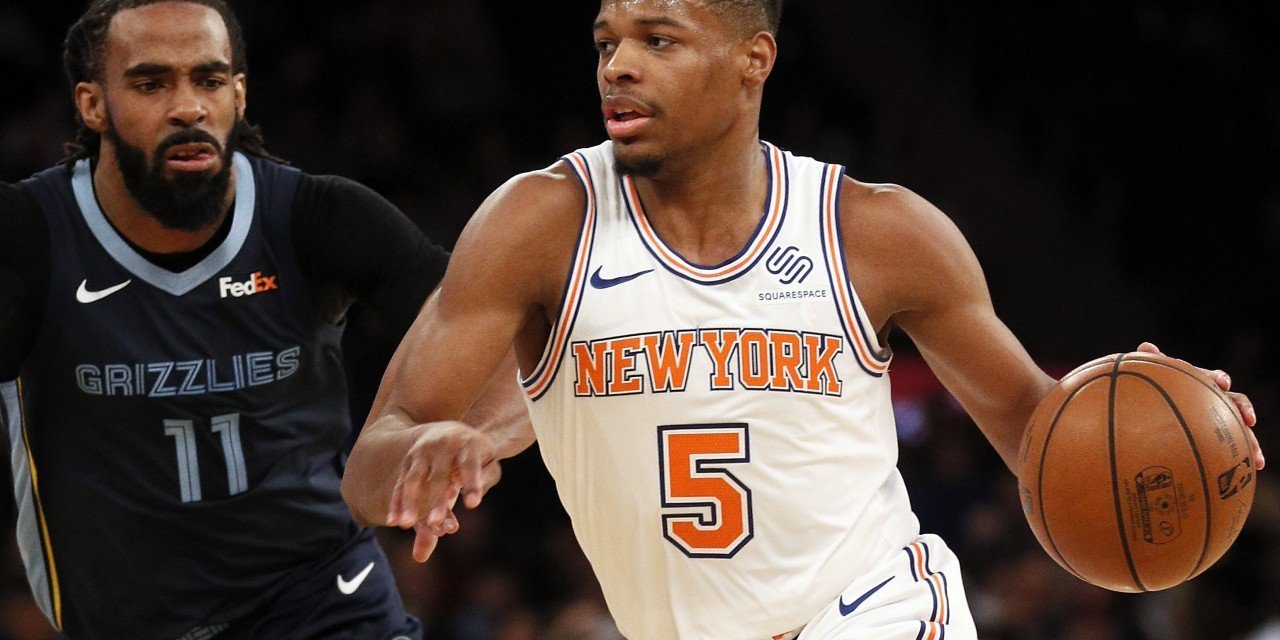 Dennis Smith Jr. and DeAndre Jordan highlighted the Knicks’ loss to the Grizzlies when they made their debuts on Sunday in today’s TKW Highlights.

The New York Knicks shocked the NBA when they traded Kristaps Porzingis to the Dallas Mavericks. Who did they get in return?

Smith Jr. was a mixed bag in his debut for New York. Starting at point guard—due to injuries to Emmanuel Mudiay and Frank Ntilikina—Smith finished with eight points, six assists, three rebounds, and a steal in 26 minutes. We saw flashes of DSJ’s athleticism and quickness to penetrate to the basket. We also saw some trouble getting around screens on defense and moments where he hesitated once his initial read on offense wasn’t there. (That last part could be attributed to the lack of chemistry with his new teammates.)

DeAndre Jordan started at center in his debut, too. Jordan finished with a typical double-double for the 30-year-old one-time All-Star. 12 points, 12 rebounds, two assists, one block, and a steal highlighted his respectable performance. There’s doubt Jordan hangs around long with the franchise, though, as he could be pursued before the trade deadline, bought out, or in general sign elsewhere when he enters unrestricted free agency in the offseason.

Watch some highlights of Jordan, Smith, and the Knicks above and find more coverage of the Porzingis trade and fallout below.