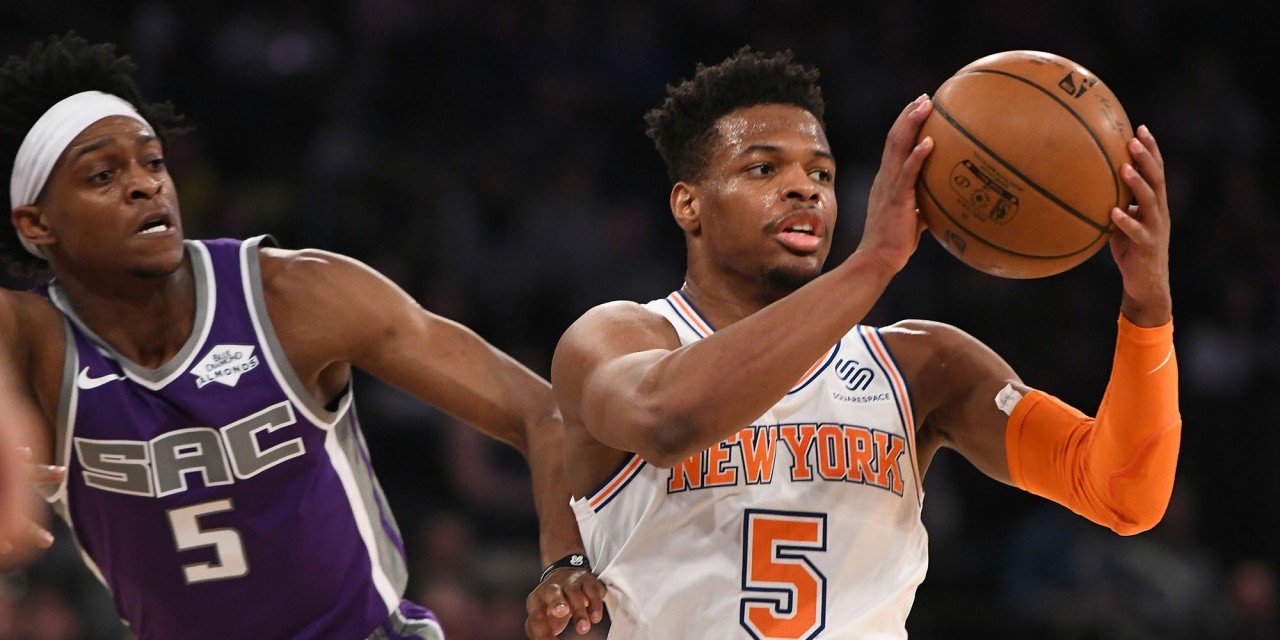 Dennis Smith Jr. was perhaps the lone bright spot during Saturday’s home loss to the Kings.

Smith, the starting point guard, scored 18 points on 7-of-19 shooting from the floor and dished out five assists with only one turnover while he was matched up against 2017 draftmate De’Aaron Fox, the fifth overall pick selected by Sacramento. The Knicks played far better with DSJ on the court—but late-game execution once again failed head coach David Fizdale’s side as New York fell for their fifth straight defeat.

John Jenkins, the G League call-up, whom the Knicks signed to a partially guaranteed deal for next season, was prolific in his off-the-bench role, injecting a much-needed dose of three-point shooting for the ‘Bockers. Jenkins shot 3-for-3 from deep for his only made shots and points in Saturday’s loss. The former Atlanta Hawk draft pick missed his other, two-point attempts from the field. Jenkins, however, only played 13 minutes.

Elsewhere, Damyean Dotson had maybe his worst game this season or as a Knick in his brief NBA tenure. The University of Houston product shot 2-of-12 from the field for six total points while letting his defensive matchup, Buddy Hield, score 19 points, albeit on a poor efficient performance.

Kevin Knox continues to struggle—as he has since his Rookie of the Month coronation in December—shooting 3-for-12 , tallying seven points in 23 minutes.