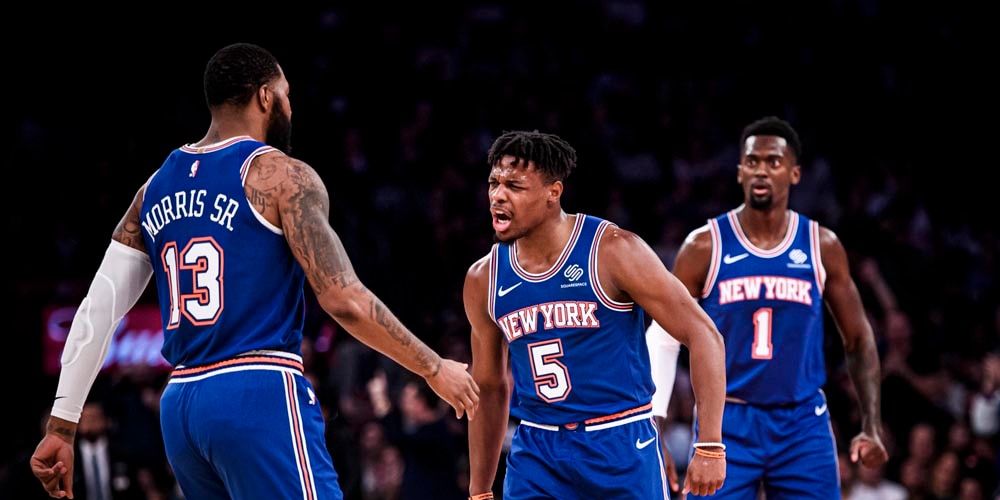 Dennis Smith Jr. was sensational off the bench against the Dallas Mavericks on Thursday, looking more comfortable for the Knicks.

Smith was drafted by the Mavs with the ninth overall pick in 2017—one spot after New York’s Frank Ntilikina—and he has had a slow start to the 2019–20 season.

After nursing a preseason injury, Smith was out of sync the first few games of the year. Then tragedy struck when Dennis lost a close family member, sidelining him for several games away from the team.

DSJ returned in style in his second game back on Thursday, scoring 13 points on 5-of-12 shooting, 2-of-4 from three, and adding six rebounds and eight assists in 30 minutes off the pine.

Smith was incredibly effective in the pick-and-roll, partnering with second-year center Mitchell Robinson to connect on alley-oop lobs. It was Robinson’s first game back after missing several contests with a concussion. Robinson has had a slew of early-season injuries this year ranging from the head ailment to dislocating fingers, but it was clear before he fouled out that the former second-round pick makes a powerful impact for the team.

It was important for Smith to have another moment in the sun, especially in a high-octane environment like Thursday’s win, as fans booed Porzingis and cheered for Smith, who for now is the centerpiece return in the trade executed last January since future first-round picks dealt by Dallas won’t yield anything for multiple years to come.