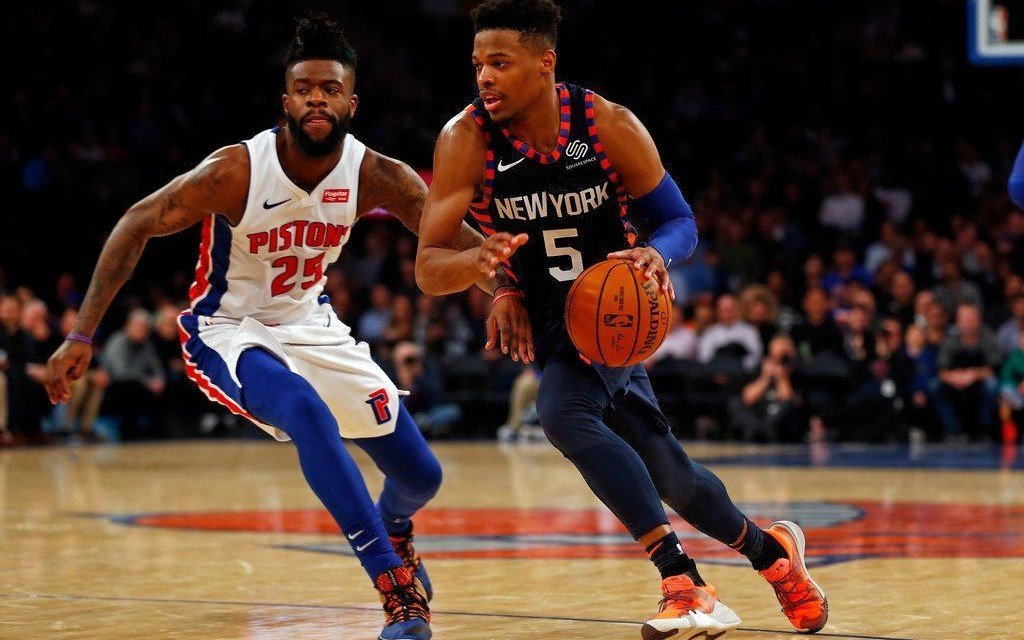 In his second appearance for the Knicks, newly acquired Dennis Smith Jr. scored a team-high 25 points and dished out six assists.

Dennis Smith Jr. hyped up the Garden crowd on Tuesday night, despite the Knicks’ dropping another loss—their 14th straight defeat.

Against Blake Griffin and the Detroit Pistons, Smith Jr. recorded 25 points, five rebounds, and six assists, mixing in speed, agility, and even timely long-range shooting to the delight of angsty Knicks fans.

Smith was acquired from the Dallas Mavericks in the Kristaps Porzingis trade last Thursday. Before his 25-point outing on Tuesday, Smith only scored eight points on 3-of-9 shooting from the floor and chipped in another six assists. DSJ achieved a triple-double before that in his last game for Dallas—which occurred against the Knicks.

DSJ was active all night, flashing his trademark quickness and athleticism leading his game. Smith had his defender at his hip using an incredibly fast first step off the dribble and gliding to the rim. (His close-range basket while absorbing contact from All-Star center Andre Drummond was particularly impressive.)

Smith also found his teammates—despite the unfamiliar with most of them sans DeAndre Jordan and Wesley Matthews. While he finished with six dimes, DSJ found multiple opportunities for this team, especially driving and kicking nice looks for open shots around the perimeter (many of which didn’t fall in due to poor outside shooting from Matthews, Kevin Knox, and Noah Vonleh).

Mitchell Robinson also shows up in the video; he had his best game as a pro. The 20-year-old scored 13 points—tying his career-best—while pulling down 10 rebounds and swatting two shots.