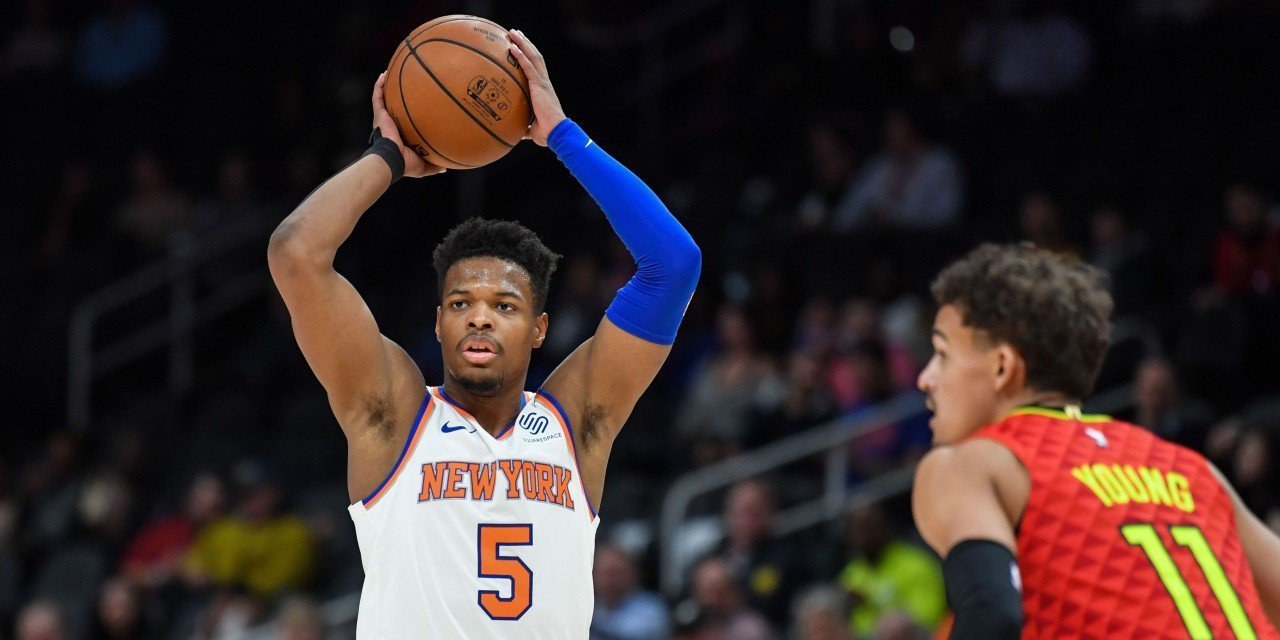 Dennis Smith Jr. looked cool, calm, and collected leading the Knicks to their first win since January 4th in Thursday’s victory over the Atlanta Hawks.

Dennis Smith Jr. helped the Knicks end their franchise-record 18 straight losses with 19 points in the team’s victory in Atlanta.

Smith Jr. shot 70 percent from the field and dished out seven assists with only poor free-throw shooting (3-of-8) hampering his overall solid outing.

Elsewhere, Kadeem Allen continued to produce well off the bench; he finished with 14 points on nine field-goal attempts and led the team in assists with nine.

In his second appearance for the ‘Bockers, G League call-up John Jenkins tallied 14 points, five rebounds, and two assists while shooting 6-of-13 from the floor and 2-for-6 from three.