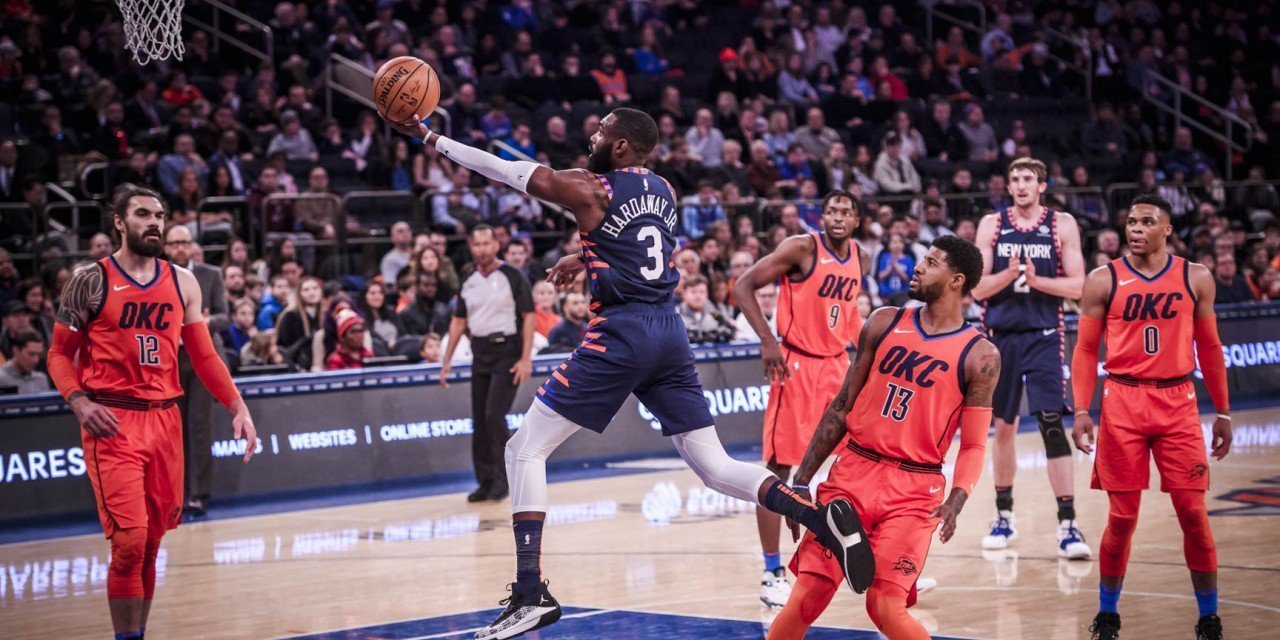 Tim Hardaway Jr. shot 50 percent from the field in the loss against OKC while Mitchell Robinson fouled out in 16 minutes—TKW Highlights.

Tim Hardaway Jr. had a nice game on the offensive end of the ball against Paul George and the Oklahoma City Thunder after putting up a few duds in recent memory.

Hardaway tallied 23 points on 50 percent shooting from the field and 44.4 percent from three-point range (4-of-9 from deep). Junior’s three-point shooting has become prolific in his shot selection—46.2 percent of his field goal attempts come from long range, per NBA Stats.

That might explain the swingman’s shooting averages this season as the former Wolverine is only making 39.3 percent of his shots. More telling, Hardaway’s True Shooting percentage sits at 53.6 on the season, modest to good at best.

Robinson was perfect from the field—4-for-4—and wrought havoc down low against OKC.

Elsewhere, Allonzo Trier tallied his best assist game of his career, dishing out eight dimes in the loss. Trier has continued to improve ever since going down with an injury earlier in his rookie campaign.