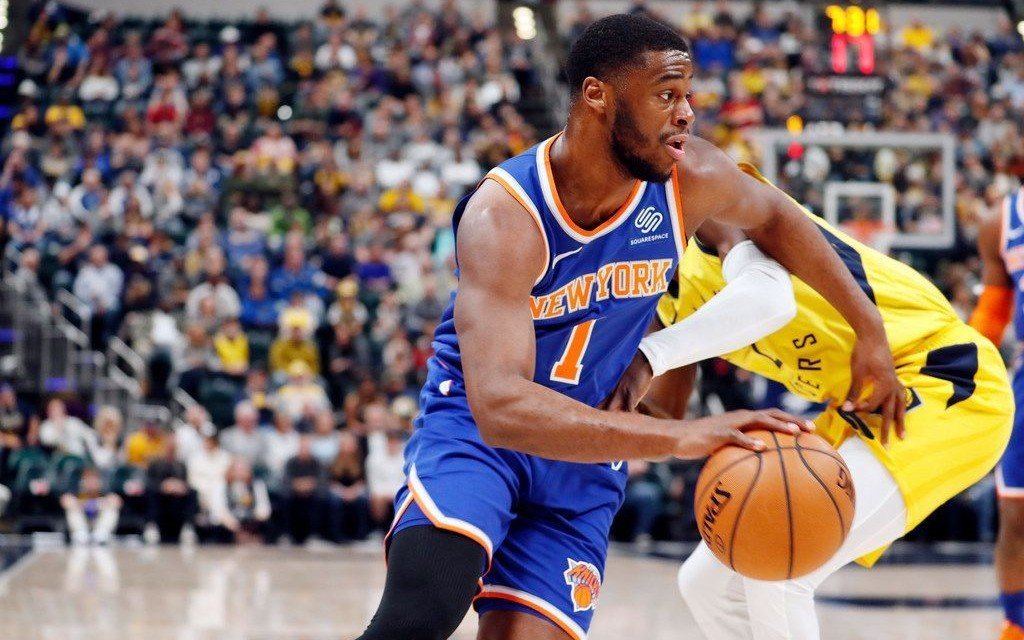 Emmanuel Mudiay dazzled in vain as he led the Knicks in scoring with 32 points in Monday’s loss to the Suns. Here are Mudiay’s buckets from the contest.

The Knicks’ Emmanuel Mudiay continued his surprise success this season with a 32-point performance at home versus Devin Booker and the Phoenix Suns.

Mudiay was also responsible for six assists and six boards as he flexed an overall growth in influencing the game for the positive. There remains much to be seen on the defensive end, though, as Mudiay and New York’s depleted guards (Courtney Lee made his first start on Monday as Tim Hardaway Jr., Damyean Dotson, and Allonzo Trier were all sidelined) let Phoenix penetrate and create in the paint.