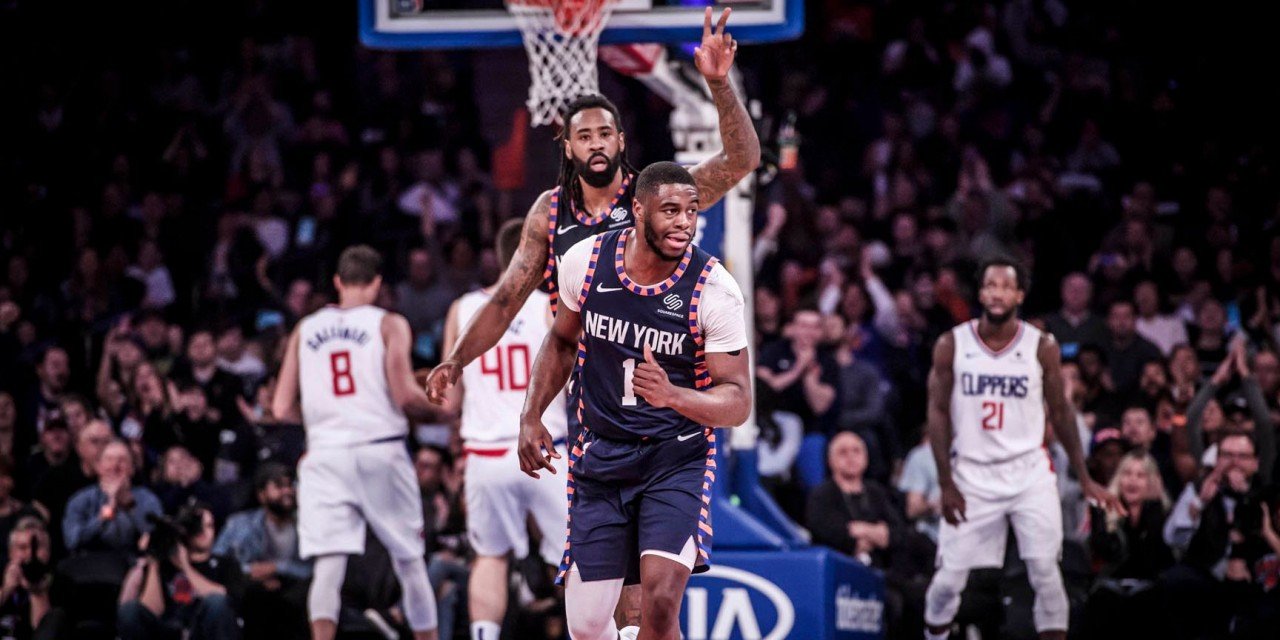 Emmanuel Mudiay and others kept a potential blowout against the West’s Los Angeles Clippers a close contest amid injuries to the home team Knicks on Sunday.

The New York Knicks fell to the Los Angeles Clippers on Sunday afternoon even after clinging to a small lead in the fourth quarter. Efforts from Lou Williams and Doc Rivers’ side proved too unruly to contain, and mounting injuries including losing Kevin Knox and Frank Ntilikina within the game, cost the Knicks their 15th win.

Mudiay continued his hot stretch while Dennis Smith Jr. sits with an injury. The fourth-year Congolese born guard Mudiay started for most of the season before the Knicks acquired Smith Jr. from Dallas. In his last six games, Mudiay has averaged 18.5 points, 3.5 rebounds, and 4.8 assists in 32.2 minutes per game while shooting 47.2 percent from the field, 35.7 percent from three, and 94.4 percent from the free throw line (per NBA Stats).

Dotson has maintained a strong end-of-the-season stretch, now ticking his season scoring average above the 11 points per game threshold. The second-year guard/forward from Houston is scoring 16.2 points in his last five contests and 16.6 points in the most recent 10 game run. Crucially, for Dotson’s development and status as a cog in the team’s rotation moving forward, his three-point percentage hovers around 37 percent—a high mark for the prototypical 3-and-D player drafted out of the second round in 2017.

Finally, DeAndre Jordan scored 20 points, grabbed 13 rebounds (five offensive boards), and dished out four assists. Controversially, Jordan played 20 minutes more than the Knicks’ 2018 second-round selection Mitchell Robinson, the developing center hungry for more minutes to prove himself. Robinson only accrued two personal fouls on Sunday, but New York’s head coach David Fizdale kept DJ in for long stretches despite the veteran center’s seemingly small need for big minutes and his second-worst team plus/minus of -19. It’s been a mixed bag with Jordan, who does what he’s asked by the Knicks but also blocks Mitchell Robinson’s steady rise while fans want to watch their diamond in the rough grow in the final weeks of the long, losing season.

Today’s TKW Highlights focuses on made buckets from Mudiay, Jordan, and Dotson.